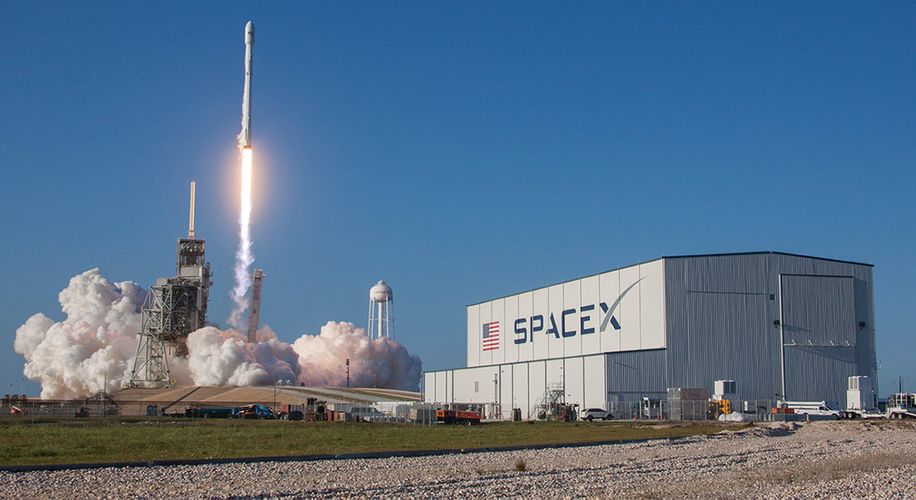 For the first time in history, Elon Musk’s aerospace company successfully launched and landed an orbital rocket that had been used before.

For the first time in history, Elon Musk’s aerospace company successfully launched and landed an orbital rocket that had been used before.

Last year, the innovative entrepreneur Elon Musk—the brilliant mind behind SpaceX and Tesla—revealed his ambitious plan to take human civilization to Mars in the next 40 to 100 years. On Thursday night, the aerospace company took a major step towards achieving that forward-thinking goal.

For the first time in history, SpaceX successfully launched and landed an orbital rocket that had previously been used in another mission. Hundreds of enthusiasts flocked to the Kennedy Space Center in Florida to see this significant event. Eight minutes after the Falcon 9 rocket had successfully lifted off and delivered satellites into orbit, the unmanned ship managed to settle down onto the launch pad despite choppy seas and a minimal amount low fuel.

This has been a highly touted goal of Musk’s, an accomplishment that the SpaceX CEO considers to be the first and most important milestone in making space travel to Mars accessible to the public. The successful relaunch has implications that will likely impact the entire space travel industry.

One of the obstacles that has constantly set the aerospace sector back is the inability to reuse rockets, subsequently making launches extremely costly. Although the aerospace company Blue Origin, started by Amazon founder Jeff Bezos, has already reused one of his New Shepard rockets five times, but each mission was suborbital. With flights that reach orbit, high velocity makes it much more difficult to manage a safe landing.

Even Musk himself was shocked into silence after the Falcon 9 touched down on earth for the second time in its lifespan. He called the mission an “incredible milestone in the history of space” that is “going to be a huge revolution in spaceflight.” Musk believes that by making rockets reusable, the cost of space travel will be reduced by up to 100 times the current rate.

However, the SpaceX Falcon 9 itself costs millions of dollars to manufacture, and another few hundred thousand just to fuel it.

The weathered rocket booster used in this mission was first launched back in April 2016, leading SpaceX to their first successful landing on a drone ship, the very same one that the reused Falcon 9 set down upon last night.

By gaining the ability to refurbish and reuse rockets, Musk's vision of starting up a civilization on Mars has is one stop closet to being within his reach.