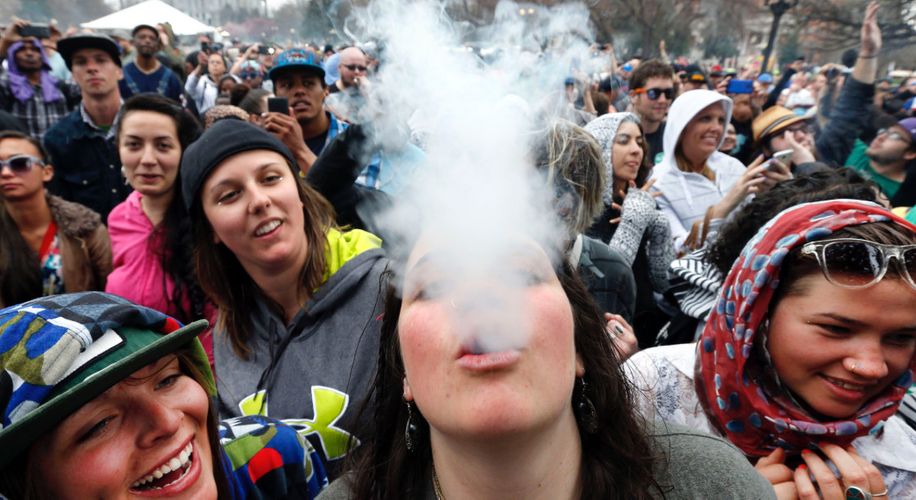 The bill calls for “marijuana safe-havens” to be established throughout the state.

The bill calls for “marijuana safe-havens” to be established throughout the state.

Nevada could become one of the first states in the country to legalize social marijuana use.

The measure (Senate Bill 236) is intended to develop “marijuana safe-havens,” mostly for tourists. These designated pot-smoking areas would be permitted in bars and even yoga studios, according a report from the Las Vegas Review-Journal.

Segerblom believes it is crucial for the state to allow social marijuana use; otherwise, he says, there could be an enormous workload on the horizon for law enforcement officers.

Although marijuana is now fully legal to possess and use in Nevada for adults 21 and over, it is against the law for people to consume pot products anywhere other than a private residence.

This means the almost 40 million tourists who visit Las Vegas (Clark County) every year may have no choice but to go against the grain of the law if they wish to take advantage of the state’s latest legal sin.

And Nevada officials do not want to miss any opportunity to capitalize on legal weed.

Some of the latest predictions show the state could generate a whopping $7.5 billion in economic activity over the next seven years with recreational marijuana. This means millions of dollars in tax revenue and the creation of tens of thousands of new jobs.

But not everyone believes the state is ready to get so ambitious in regards to all of this legal marijuana business. Clark County Commissioners Steve Sisolak and Mary Beth Scow say social marijuana use is “too much, too early,” for the likes of Las Vegas.

Nevertheless, the proposal will be heard before the Senate Judiciary Committee. If all goes well, it will then go before the full Senate for a vote.