NEWS
Missouri Will Vote on Three Different Medical Marijuana Initiatives This Fall
AD
Voters will be able to choose among two constitutional amendments and one law that would legalize MMJ, but there is no state guidance for what will happen if the public supports all three measures.
Published on August 15, 2018

This fall, Missouri voters will find themselves in the unique position of deciding whether to put their support behind three competing initiatives to legalize medical cannabis in their state. Each of these initiatives would create its own distinct medical marijuana program, but the nature of the state's ballot laws allows voters to potentially approve all three measures, creating multiple conflicting programs. Proponents of these measures, concerned a division of voters’ support will cause all the measures to fail, are now fighting to bump their competitors' measures off the ballot.

This situation was almost preempted by Missouri lawmakers, who came close to legalizing medical cannabis this spring. State Rep. Jim Neely proposed an amendment to a state healthcare bill that would allow patients suffering from terminal illnesses to use non-smokable forms of medical marijuana. The state House of Representatives passed the bill with a resounding 112-44 vote, but the bill died in the state Senate. A number of state Senators voiced opposition to the bill, and Neely ended up withdrawing it because “things weren't going in a straightforward direction,” according to the Kansas City Star.

Unwilling to wait for state lawmakers to hash out the details of legalization, a variety of cannabis advocates took to the streets with petitions to get medical marijuana initiatives on this fall's general election ballot. Advocates soon discovered that support for medical marijuana is very strong in the Show-Me State, and state officials eventually certified three different measures to be included on this year's ballot. Each of these programs is more comprehensive than Neely's bill, but each has its own individual take on what the state's medical cannabis program should look like. 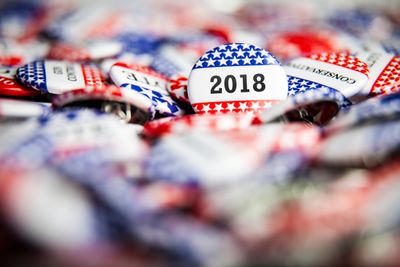 One of these measures, supported by New Approach Missouri — an advocacy group who almost got an initiative on last year's ballot — would amend the state constitution to allow doctors to recommend medical marijuana to patients suffering from ten qualifying conditions. This measure is quite similar to the programs enacted in other states, levying a 4% sales tax that would bring the state an estimated $18 million a year, some of which would be used to fund veterans' programs. This measure is the only one that would allow patients to grow their own weed, but does require that these patients register their grow-ops with the state.

Missourians will also have the chance to support another constitutional amendment, popularly known as the Bradshaw Amendment after its creator, attorney and physician Bill Bradshaw. This amendment, which was drafted and largely funded by Bradshaw himself, would create a state institute tasked with "developing cures and treatments for cancer and other incurable diseases or medical conditions,” the Riverfront Times reports. The board, which would be headed by Bradshaw, would also decide which medical conditions qualified for medical marijuana treatment. This amendment would also impose a 15% tax, the highest of the three measures, which could bring the state $66 million a year.

The third measure up for consideration is the Missourians for Patient Care Act, which would legalize medical marijuana by way of a new law. This measure would also allow doctors to recommend cannabis flower or other products to treat a variety of qualifying conditions, but would only tax sales at 2%. The biggest difference between this measure and the other two is that this would be a law, not a constitutional amendment, meaning that state legislators could amend the bill to improve it — or choose to cripple it with restrictions, as lawmakers in Florida and Oklahoma recently attempted to do. The other two measures could only be amended by further constitutional amendments, which would need to be approved by a majority of the state's voters.

The existence of three separate measures creates an interesting conundrum for the state. If both ballot measures pass, state law mandates that only the one with the most votes will be approved. There is no guidance in the state for what happens if one of the constitutional amendments and the law are both approved, however. The three options have also raised concerns that pro-cannabis voters may divide their support among the measures to the point where all of them fail.

In order to avoid this eventuality, Bradshaw filed lawsuits to remove the other two measures from the ballot. The attorney claimed that New Approach illegally obtained signatures, by collecting them without a petition circulator present. Bradshaw also claimed that some of the signatures obtained in support of the Patient Care Act were invalid, and that their petition therefore does not have enough legitimate signatures to legally qualify for the ballot.

New Approach spokesman Jack Cardetti told the Associated Press that “these are all desperate claims because Mr. Bradshaw knows he won't have any support at the ballot box. New Approach is a coalition of literally thousands of patients, doctors, and veterans that have come together to get this done, while Mr. Bradshaw has tried and failed to get anyone to support his measure besides himself."

NEWS
420
MEDICINE
POLITICS
MORE...
Chris Moore
FOLLOW
Chris Moore is a New York-based writer who has written for Mass Appeal while also mixing records and producing electronic music.
Share this article with your friends!
AD
By using our site you agree to our use of cookies to deliver a better experience.
Accept
Decline
MORE FROM MERRY JANE