NEWS
Mexico Is Slowly Advancing Towards Cannabis Legalization
AD
The Mexican Supreme Court can overturn the country's cannabis prohibition laws by issuing five consistent rulings on the matter, and a team of lawyers have already won three such rulings.
Published on October 10, 2018

While cannabis legalization throughout North America has been won either through acts of law or popular votes, cannabis advocates in Mexico are trying to establish legalization via a string of lawsuits arguing against the constitutionality of prohibition.

Like most Western nations, Mexico banned the cultivation and use of cannabis in the early 20th century, and marijuana remained entirely prohibited in the country until last year, when the country passed a law legalizing medical marijuana. Qualifying patients are now allowed to use a variety of low-THC and high-CBD products, as well as grow their own pot at home.

Despite the success of medical marijuana, recreational legalization has seemed like a pipe dream for Mexico, but an increasing number of advocates and government officials are now arguing that legal weed can help destroy the drug cartels that have been wreaking havoc on the country for decades. In 2012, a group of young attorneys partnered with Mexico United Against Crime — a nonprofit advocating for victims of violent crimes — to challenge the constitutionality of the country's war on drugs, which has left over a hundred thousand Mexicans dead, missing, or displaced.

In September of 2015, attorneys Aguinaco Gómez Mont, Paula Méndez and Moy Schwartzman brought the case of Graciela “Grace” Elizalde Benavides — an eight-year-old suffering from extreme epileptic seizures — before the Mexican Supreme Court. The legal team argued that Grace should have the right to use medical marijuana to treat her debilitating symptoms, and the court agreed, allowing her to import and use cannabis-derived medicine.

Two months later, Mont and his team won a second case on behalf of four cannabis activists who demanded the right to grow and use their own weed. The plaintiffs, members of the Mexican Society for Responsible and Tolerant Consumption (SMART), argued that growing weed was a way for individuals to distinguish themselves from others, a right that is protected under the Mexican Constitution. The Supreme Court agreed, and these four individuals were allowed to grow and smoke weed.

These two rulings had the strange effect of legalizing cannabis use for five specific Mexicans, while it remains prohibited for the other 125 million residents of the country. Unlike in the U.S., where a single Supreme Court ruling can change the country's laws, the Mexican Supreme Court must make five consistent rulings before the judgements apply a law to everyone in the country. Once the Court has made five rulings on one matter, it will issue a “jurisprudential thesis,” which will then apply to every Mexican citizen. 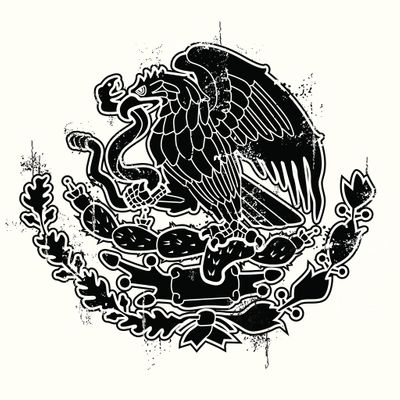 So far, the court has issued three of the five rulings necessary to establish the unconstitutionality of cannabis prohibition. Mont believes that the Court could make its fourth such ruling this year, but added that further support is needed from lawmakers before cannabis reform can truly be accomplished.

“If the court continues acting alone, but Congress contributes nothing, nor does the Executive branch, if the media does not generate pressure, if activists don’t take to the street, there isn’t going to be any change,” Mont said, according to Cannabis Wire.

Fortunately, support for cannabis reform is growing among the country's politicians and populace. Early this year, Mexico City mayoral candidate Salomon Chertorivski announced that he would legalize personal cannabis use within the city if elected. Shortly thereafter, Tourism Minister Enrique de la Madrid told the press that he was fully in support of legalizing weed in two of the country's major tourist destinations, in order to bolster tourism and disempower drug cartels who’ve been flooding these areas with black market bud. Olga Sánchez Cordero, who has been appointed as the country's next Interior Minister by president-elect Andrés Manuel López Obrador, was one of the Supreme Court justices who ruled in favor of SMART in 2015, and is likely to continue her support for cannabis reform.

Last week, Verónica Juárez Piña, a federal lawmaker representing the Party of the Democratic Revolution (PRD), proposed a bill to decriminalize adult cannabis use nationwide. “Our initiative proposes a paradigm shift to the prohibitionist model that has generated violence, truncated the lives of many families and imposed on consumers disproportionate penalties that must be purged in penitentiaries under terrible conditions,” Piña said in a statement reported by 420Intel. “It has also overloaded the judicial system, exceeded the capacity of prisons, and absorbed a huge amount of resources that could have been allocated to a more effective social policy.”

The proposal would allow individuals to grow up to three plants each, and would require the government to set up a system to regulate the production, distribution, and sale of recreational pot. The bill would allow for cannabis clubs, while also creating initiatives to discourage youth use or adult abuse.

“Many different voices have spoken about this issue,” Piña said, according to 420Intel. “Former President Zedillo expressed himself against the prohibitionist policy in recent days, as did former President Vicente Fox and members of the incoming government, but it has not been possible to have a document to guide the discussions and frame a serious and informed debate including government and civil society.”

It is uncertain how this bill will fare in the country's legislature, but the growing wave of support for cannabis reform ignites hope that the country may put finally an end to prohibition in the near future.

NEWS
420
WORLD
LEGALIZATION
MORE...
IN THIS STORY
CBD
Click to shop at our CBD store
Chris Moore
FOLLOW
Chris Moore is a New York-based writer who has written for Mass Appeal while also mixing records and producing electronic music.
Share this article with your friends!
AD
By using our site you agree to our use of cookies to deliver a better experience.
Accept
Decline
MORE FROM MERRY JANE