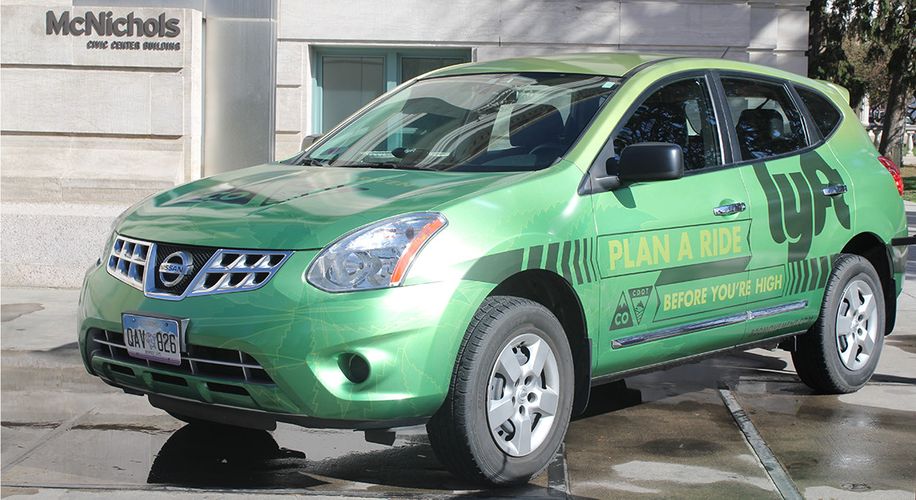 Lyft is taking part in CDOT’s “Get High, Get a DUI” campaign, providing Coloradans with free and discounted rides leading up to 4/20 festivities.

Lyft is taking part in CDOT’s “Get High, Get a DUI” campaign, providing Coloradans with free and discounted rides leading up to 4/20 festivities.

With the international stoner holiday 4/20 coming up in just a matter of weeks, celebration in states with recreational legalization is sure to be of the highest priority, especially in the cannabis capital of Colorado. While marijuana is proven to be much safer than alcohol and other substances in a variety of ways, driving under the influence remains strictly prohibited (and rightfully so).

In order to prevent stoned Rocky Mountain residents from getting behind the wheel on 4/20, the Colorado Department of Transportation (CDOT) has launched the “Get High, Get a DUI” campaign. Their aim is to reduce the number of cannabis-related DUIs, traffic crashes, and fatalities, ultimately ensuring that people enjoy their green in a responsible manner.

To curb intoxicated driving, the popular ride-sharing service Lyft is teaming up with CDOT for the “320 Movement,” offering discounted rides to tokers in the metro Denver area. Tens of thousands of cannabis users are expected to gather in the local Civic Center Park to celebrate 4/20, some of whom might consider driving to what will surely be one of the world’s largest cannabis celebration.

Lyft is offering free and discounted rides leading all the way up to 4/20, and will unveil a fleet of 17 green vehicles with the message “Plan a ride before you’re high” plastered on the side. If you order a Lyft and are lucky enough to have one of these specially branded cars pull up, you’ll receive a discount of up to $10. Additionally, the car-sharing service will release promo codes every Sunday at 3:20 p.m. from now until the holiday ends.

Lyft General Manager Gabe Cohen explained the premise behind their collaboration with CDOT: "There is no question that ride-sharing is saving lives. Studies have shown the availability of services like Lyft can reduce alcohol-related driving arrests by up to 51 percent. We believe, with proactive public awareness campaigns like this one and convenient and affordable transportation like Lyft, we can begin to reduce the number of Coloradans driving under the influence of marijuana.”

This public safety movement took off after CDOT conducted a survey last year, discovering that an alarming 55 percent of Colorado cannabis users believed that driving while high was safe. The Colorado State Patrol has been on the lookout for high drivers, issuing 17 percent of their DUIs for marijuana-related incidents in 2016.

Even if you think you’re the stoner who is unimpaired by cannabis use (hint: you’re probably not), the police are becoming more savvy at finding out whether you’re under the influence of pot or not.

As we all know, 4/20 is meant to be an enjoyable and relaxing day for cannabis users across the world. So, for those of you who will be celebrating in Denver (or anywhere else for that matter) stay safe, and snag a ride to avoid injury and/or jail time.