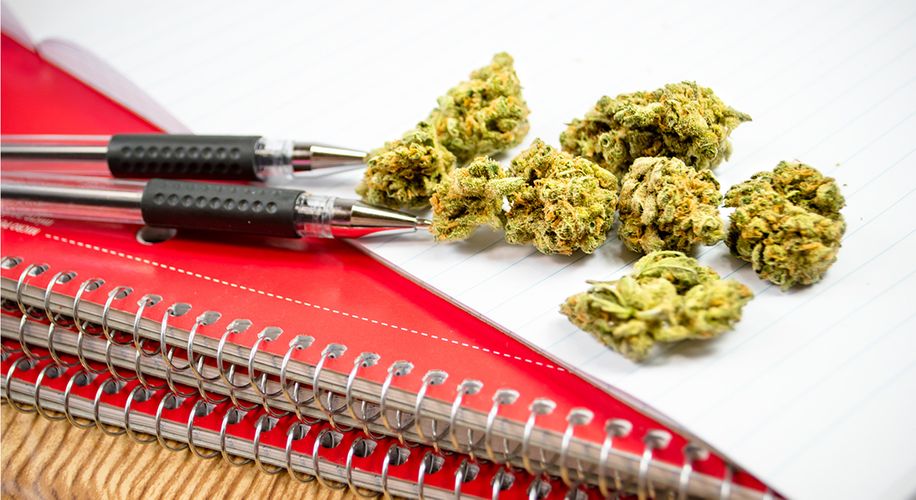 Since Method Man’s fictional Silas P. Silas first brought cannabis genetics into his Harvard horticulture classes in the stoner comedy classic How High, we’ve been dreaming of a world where college courses on weed are as common as business and chemistry.

And while anyone with a few dollars in their pocket can attend a number of marijuana-specific schools that have popped up in California and Colorado in the years since legalization, the sweet leaf hasn’t quite cracked into the mainstream of American higher education. At Philadelphia’s Temple University and the University of California at Berkeley students can learn how to cover the cannabis industry from a journalist's perspective, but when it comes to breaking down the science and business of ganja, federal prohibition has scared off most school’s from ever touching the still-controversial plant.

However, in Israel, where THC was first discovered and advancements in medical cannabis research have been a point of civic pride, a fully accredited college course is giving students a comprehensive education in all things reefer.

According to a report from Madison Margolin for The Forward [Editor's Note: Madison is also a frequent contributor to MERRY JANE], Jerusalem’s Hadassah Academic College is offering a 90 student course titled “Medical Cannabis Entrepreneurship,” giving both undergrads and grad students a comprehensive look at the historical, scientific, and social circumstances surrounding marijuana.

“The development of medical cannabis here in the country is one of the most advanced in the world, and we felt it was important to offer through our college this type of specialty for [something] that really offers a number of jobs in the country,” Bertold Fridlender, the president of Hadassah, told The Forward.

Starting with the plant’s ancient history and moving through everything from cannabis chemistry to smoking side effects, black market sales, and driving under the influence, the class’s professor Dr. Michael Dor says that he explicitly packs the course with as much information as possible to help shape the future of Israel’s medical marijuana industry.

“[My goal for the class is] to teach as much as possible in all places about medical cannabis,” Dr. Dor told The Forward. “This is very important since we want cannabis to be a medication.”

Because Dor’s course is open to students across all majors and levels, the professor also hopes that his pupils will carry their knowledge past the confines of the ivory tower to better inform society as a whole about the scientific and social realities of marijuana.

“Everybody who comes to the class, after graduating, is going to go into their own field to implement the knowledge,” Dor said. “The farmers, the lawyers, those who create startups, the physicians who go to patients — each one of the students gets their own knowledge and uses it.”

In addition to the professorial stylings of Dr. Dor, the medical marijuana class will feature guest lectures from cannabis farmers, physicians, and lawyers, all sharing their unique professional experience with cannabis.

“I think our strongest point is the cooperation, the gathering together of professionals from different professions, while teachers from different disciplines give lectures,” Dor said. “It’s a very integrated course with a lot of perspectives.”

And with Israel’s strong government support for medical marijuana, Dor is having no problem finding enough students to fill the lecture hall’s seats.

“There is stigma [around cannabis], but today I have a new problem: I need to convince people that cannabis is not the cure to everything in the world,” Dr. Dor told The Forward. “It’s a sexy subject.”

If you’re in Jerusalem looking to get into the ganja game Dr. Dor’s class is currently enrolling students for the winter semester.