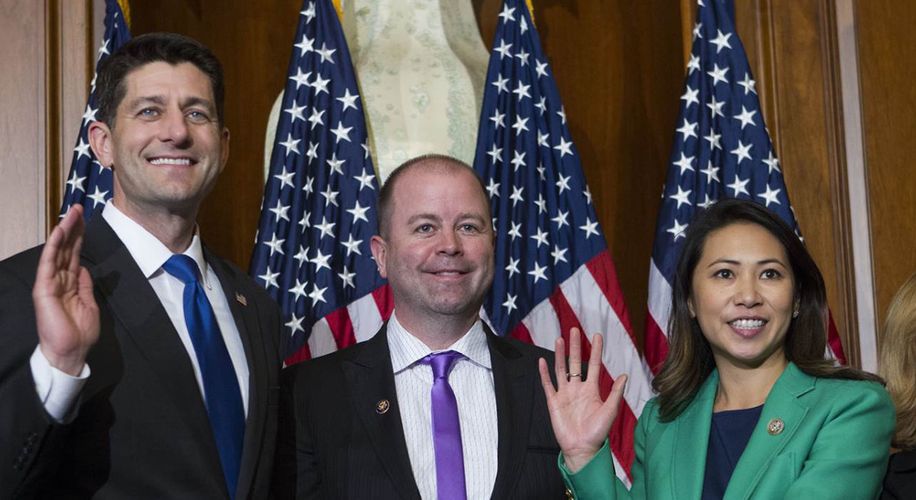 Bannon's appointment to the council is illegal.

Bannon's appointment to the council is illegal.

Newly elected Florida Representative Stephanie Murphy has proposed legislation that would ensure that former Breitbart editor Steve Bannon is removed from the National Security Council. Trump signed an executive order on January 28th making his chief strategist a member of the NSC's Principals Committee. The executive order also reduced the roles of the Director of National Intelligence and the Chairman of the Joints Chiefs of Staff in the NSC.

Bannon's appointment to the council is already illegal, according to Title 50 of the U.S. Code, Section 3021. The law clearly states that council members can only be cabinet members and other department heads appointed “with the advice and consent of the Senate.” Bannon’s appointment has not been consented to by the Senate.

Murphy's legislation would make it even tougher for Bannon to keep his position on the NSC. The bill would also prevent any White House employee whose “primary or predominant responsibility is political in nature” from being designated as a committee member or regularly attending its meetings. The bill would additionally "express the view of Congress that the Director of National Intelligence or the Chairman of the Joints Chiefs of Staff should have a standing invitation to attend Principal Committee meetings."

Murphy is one of many women in Congress who are standing up to Trump. Rep. Nancy Pelosi called Bannon a “white supremacist” several times during a speech, and Senator Kirsten Gillibrand is the only Democrat to have voted against Trump's cabinet picks. Two other female senators, Susan Collins of Maine and Lisa Murkowski of Alaska, are the only Republicans to oppose Betsy DeVos as secretary of education.