NEWS
FDA Says Sucking on Tobacco Powder Is Safer Than Smoking It
AD
Snus makers and producers of other smokeless tobacco products may now advertise their products as healthier alternatives to smoking.
Published on October 23, 2019

In a strange turn of events, a snus company just became America’s first to receive the FDA’s permission to market its smokeless tobacco products as safer alternatives to smoking.

On Tuesday, the US arm of Swedish Match, an international snus company based in Stockholm, announced the “historic decision.” Swedish Match is best known for its General Snus brand, though it also sells chewing tobacco under its Longhorn, Timber Wolf, and Red Man brands. Snus (pronounced snoose) is a small pouch of powdered tobacco that sits under the lip; it’s basically chewing tobacco with less cleanup.

"Today's decision is a huge accomplishment for public health in the US and another step toward realizing our vision of a world without cigarettes," said Gerry Roerty, Vice President and General Counsel of Swedish Match, in a press release.

"There are nearly 35 million adult smokers in the US, all of which have been led to believe the only way to reduce tobacco risk is complete abstinence,” Roerty continued. “We now have the opportunity and responsibility to inform cigarette users who cannot abstain that General Snus can be a risk-reducing alternative. If that's enough to make even a percentage of them switch, we've made progress."

The FDA’s modified risk designation indicates that certain tobacco products carry fewer health risks than smokable forms of tobacco. Smoking tobacco has been linked to a whole host of medical maladies such as cancers (pretty much all of them), permanent lung damage, and gum disease. While snus and chewing tobacco can also cause cancer, those cancers tend to be restricted to the mouth and throat, and since smokeless tobacco doesn’t involve smoking, snus and chews don’t contribute to lung or skin damage.

The FDA clarified on Tuesday that it does not support any kind of tobacco consumption, period. The modified risk designation does not mean a particular tobacco product is safe, it only means that it’s a safer alternative to smoking.

“While we are authorizing these specific modified risk tobacco products, it’s important for the public to understand that all tobacco products — including these — pose risk,” said the FDA’s Acting Commissioner, Dr. Ned Sharpless, in a press statement. “Anyone who does not currently use tobacco products, especially youth, should refrain from doing so.”

The FDA created the modified risk designation for tobacco products in 2009 under the Family Smoking Prevention and Tobacco Control Act. Swedish Match applied for the designation in 2015 after submitting scientific evidence to the FDA that its snus products carried fewer health risks than cigarettes.

Why did it take four years to receive approval? The FDA, historically, moves slowly partially due to bureaucracy, but largely due to its stringent assurance procedures. But, curiously enough, neither the FDA nor Swedish Match’s announcements mentioned the vaping crisis, which has killed at least 33 people.

Vaping-associated pulmonary illness (VAPI) may have first appeared a few years ago, but the illness exploded across the US starting this summer, and it continues to hospitalize people despite numerous awareness campaigns and some temporary, local bans on vape sales. Authorities haven’t yet determined what causes VAPI, which can result in complete respiratory failure, though the CDC suspects that unlicensed, underground vape products are behind the crisis.

According to the CDC, the majority of VAPI patients reported that they became ill after using black market marijuana vapes. But some patients also said that they only consumed e-cigs or nicotine-based vapes. Regardless, the American public has responded by avoiding vape products altogether — both legal and illegal — which has caused vape sales to plummet nationwide. 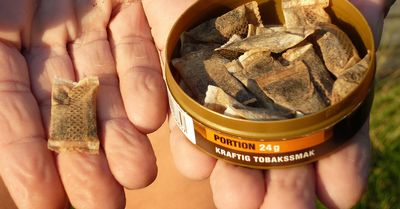 The public’s concern for VAPI may put nicotine addicts at further risk. Many former tobacco smokers could only quit the habit after they switched to vaporizing nicotine. Licensed and lab-tested nicotine vape products are safer alternatives to smoking tobacco, since they don’t contain as many cancer-causing agents as cigarettes. But many nicotine vape consumers frightened by the VAPI crisis have stopped vaping altogether — and switched back to smoking tobacco.

Both the FDA and CDC have advised Americans to avoid vaping anything until the VAPI crisis is resolved. Giving Swedish Match, and potentially other smokeless tobacco companies in the future, the modified risk designation would provide people with additional alternatives to cigarettes.

However, the irony isn’t lost on us: The FDA will endorse a tobacco product to save lives, but it still won’t loosen its insane restrictions on weed. Marijuana is currently classified as a Schedule I drug, meaning it is supposedly incredibly addictive, dangerous, and lacks any accepted medical use, even though 33 US states have legalized cannabis for medical purposes.

Meanwhile, tobacco most certainly fits the US government’s Schedule I designation. The only medical use for tobacco, apparently, is to help nicotine addicts quit smoking.

NEWS
HEALTH
PRODUCT
SAFETY
MORE...
Randy Robinson
FOLLOW
Based in Denver, Randy studied cannabinoid science while getting a degree in molecular biology at the University of Colorado. When not writing about cannabis, science, politics, or LGBT issues, they can be found exploring nature somewhere in the Rocky Mountains. Catch Randy on Twitter and Instagram @randieseljay
Share this article with your friends!
AD
By using our site you agree to our use of cookies to deliver a better experience.
Accept
Decline
MORE FROM MERRY JANE