NEWS
Do Pot Shops Actually Increase Housing Values?
AD
Prohibitionists, homeowners, and law enforcement have claimed that legal weed could lead to lower property values. But a new study flies in the face of these claims.
Published on December 17, 2018

If a pot shop opens near your home, you may make some extra equity. At least, that’s what a new study suggests.

The study, recently published in Contemporary Economic Policy, looked at property values in the Denver area from 2008 to 2017. On average, houses within a half-mile radius of a dispensary opening went up 7.7 percent in value.

Does this mean a new homebuyer ought to ensure their investment is located near a potential zoning area for a dispensary? Not exactly.

According to Jesse Burkhardt, an economics professor at Colorado State University and the primary author of the Economic Policy paper, the data traces an overall trend in housing prices. Whether or not that 7.7 percent price bump can be individually applied to a single home depends on several factors.

The data also suggests that dispensaries are capitalizing housing prices as a “net benefit,” Burkhardt told MERRY JANE over the phone. “There are going to be costs and benefits to them coming into the neighborhood.”

“Whatever benefits dispensaries bring outweigh whatever costs come with a dispensary,” Burkhardt noted. “People are willing to pay an additional premium to live near one.”

Dispensary openings aren’t the only cannabis-related phenomenon that can increase property values. For example, simply converting a medical marijuana dispensary to a recreational weed shop can trigger an increase in housing prices. 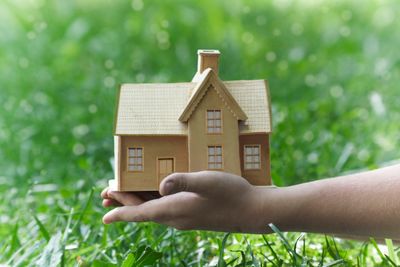 Burkhardt’s study, along with the two studies that preceded it, contradict claims that marijuana legalization would lead to lower property values. In 2014, the Colorado Association of Realtors worried that legal weed could compromise the real estate business, going so far as to cite concerns that people wouldn’t want to move to the Centennial State because “pot smokers will be everywhere.” (That turned out to be patently untrue.)

Unfortunately, the claims lingered, and in some cases became an inconvenient reality. In Washington, the second state to legalize weed, Spokane County officials devalued one resident’s property in 2016 by 10 percent because of weed odors wafting in from a nearby pot farm.

Even a small but significant drop in property value could have far-reaching consequences — in the courts. In 2017, a Colorado appeals court opened a case regarding Pueblo County landowners suing an adjacent pot farm for “pungent, foul odors.” Citing federal RICO statutes, which allow private entities to sue drug traffickers if they can prove financial damages in court, the plaintiffs claimed the weed smell significantly lowered their property values. In November, a federal jury sided with the cannabis company. 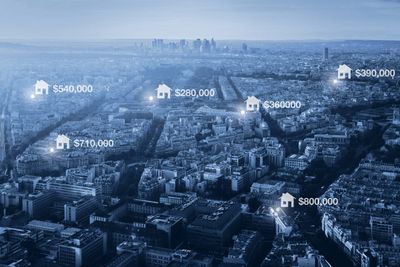 The Smell of Money

Jason Thomas owns Avalon Realty, a real estate agency in Denver that specializes in properties for cannabis businesses. He told MERRY JANE that, if anything, legalization has generated a boom for property prices across the board.

“The values have gone up significantly,” he said, “both on the for-sale and for-lease side, primarily because of the demand and lack of available properties.”

When asked if lingering smells from dispensaries or home grows have hurt property values, he said not at all.

“Once you move your plants out,” Thomas said, “the odor of marijuana itself doesn’t linger longer than a handful of months.” The time it takes to clear out the odor depends on how large the facility and how many plants were being grown inside.

Thomas did clarify that cannabis grows could diminish property values, but only if the cultivations were handled in a haphazard manner. Water damage, electrical damage, or mold and mildew outbreaks could compromise a commercial building or residential home’s price. The smell — or mere presence of a grow — are not enough to affect prices. 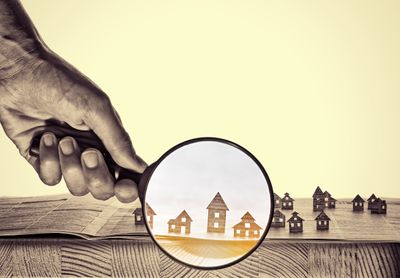 Too Much of a Good Thing?

Although rising home prices may sound great to a homeowner in a seller’s market, the boom hasn’t boded so well for lower income residents in weed-legal states.

For instance, the average single-family home in Denver today costs over $500,000. At the start of 2014, shortly after Colorado saw its first legal weed sales, the average single-family home cost just $326,000. The skyrocketing cost of living in Colorado may be contributing to the state’s homelessness epidemic. Many long-time residents are now relocating elsewhere in droves.

It’s not only happening in Colorado, either. Rising property values due to legal cannabis have also led to widespread evictions along West Oakland’s “Green Zone.” In Oregon, retail pot shops are now synonymous with wholesale gentrification.

What’s the solution? If the federal ban on marijuana is lifted, then tight demand for property space or available housing in legal states won’t be such hot issues. The market forces currently at work in places like Denver, Spokane, or Oakland are only possible because prohibition has created scarcity for available properties.

Legalize weed nationwide, get rid of scarcity. Everybody wins.

LEGALIZATION
CALIFORNIA
WASHINGTON
RESEARCH
MORE...
Randy Robinson
FOLLOW
Based in Denver, Randy studied cannabinoid science while getting a degree in molecular biology at the University of Colorado. When not writing about cannabis, science, politics, or LGBT issues, they can be found exploring nature somewhere in the Rocky Mountains. Catch Randy on Twitter and Instagram @randieseljay
Share this article with your friends!
AD
By using our site you agree to our use of cookies to deliver a better experience.
Accept
Decline
MORE FROM MERRY JANE