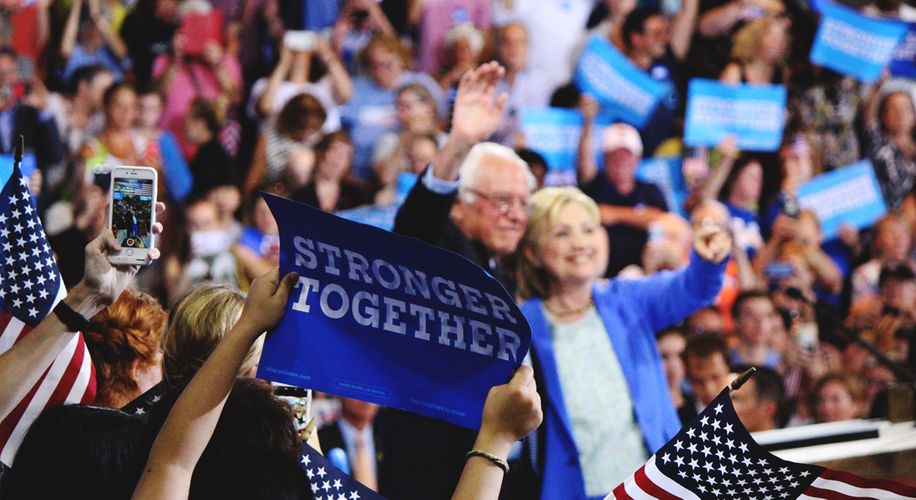 DNC Chairwoman Debbie Wasserman Schultz announced Sunday she would resign at the convention’s end due to fallout from the emails. Other Democratic officials could lose their job as well in the coming weeks.

More than 19,000 emails were obtained and released by WikiLeaks. One email from April 24, 2016 shows Ms. Wasserman Schultz responding to Mr. Sanders claiming he would stay in the primary until the end. She writes: “Spoken like someone who has never been a member of the Democratic Party and has no understanding of what we do.”

On May 5, 2016, Miranda writes to a Clinton campaign official about Ms Clinton: “Hey Josh, since the Sanders camp keeps pushing stories about the money laundering, we’re prepping a Medium pots from either our CFO or our CEO we want to run by you.”

On May 5, 2016, DNC officials discuss evoking Mr. Sanders religion to smear him. Chief Financial Officer Brad Marshall writes to Chief Executive Officer Amy Dacey: “It might may [sic] no difference, but for KY and WVA can we get someone to ask his belief. Does he believe in a God. He had skated on saying he has a Jewish heritage. I think I read he is an atheist. This could make several points difference with my peeps. My Southern Baptist peeps would draw a big difference between a Jew and an atheist.” Ms. Dacey responds, “AMEN.”

Ms Wasserman Schultz wrote MSNBC’s Chuck Todd asking them to stop their controversial election coverage on the program, “Morning Joe.” The email’s subject line was: “Chuck, this must stop.”

She writes in another email: “Fucking Joe claiming the system is rigged, party against him, we need to complain to their producer,” referring to “Morning Joe” host Joe Scarborough.

In yet another e-mail, Christina Freundlich, DNC Deputy communications director, requests approval to post a fraudulent job listing on Craigslist for women who want to apply to jobs at one of Donald Trump’s organizations. Requirements were to include “no gaining weight on the job” and “must be open to public humiliation and open-press workouts if you do gain weight on the job.” Mr Miranda replied: “As long as all the offensive shit is verbatim I’m fine with it.”

Ms. Wasserman Schultz also replied to Mr. Sander’s comments he would not reappoint the DNC chairwoman if elected President: “This is a silly story. He isn’t going to be president.”

The email leak, which some claim is a plot by Vladimir Putin to undermine the Democratic Party, creates one more hurdle for Mrs. Clinton to overcome in the wake of an investigation into her handling of classified emails by the FBI and Justice Department.

“I think they do confirm the suspicion and allegation that Bernie Sanders and his supporters had all along that the Democratic National Committee was not neutral in the race between him and Hillary, but really was for Hillary and that agitates the Sanders people as they come into the convention which is exactly what the Clinton people don’t want to happen,” said former senator and vice presidential candidate Joe Lieberman in an interview from New York Monday.

The party still attempted to unite behind Mrs. Clinton, in particularly through its, “I’m with her” slogan. Actress and comedienne Sarah Silverman commented during her speech last night in an ad-libbed portion:

"To the 'Bernie or Bust' people: You're being ridiculous," Silverman said.

She later told CNN: “It wasn’t scripted at all.”