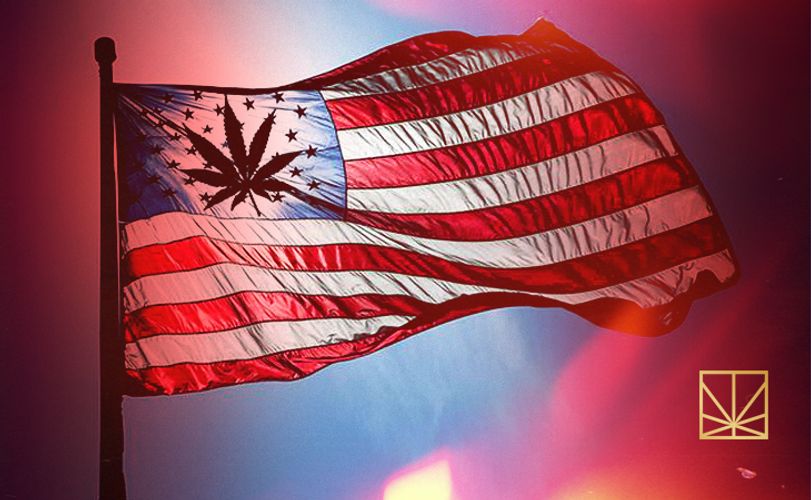 Come at Me: It’s Mourning (For Cannabis) in America

This week, the primary battles rage on, cannabis becomes more of a battleground and Just Say No lives on even though Nancy Reagan doesn’t.

This week, the primary battles rage on, cannabis becomes more of a battleground and Just Say No lives on even though Nancy Reagan doesn’t.

As more and more primaries continue to cast America’s future into a million different shades and more debates continue to cast Donald Trump’s manhood in a million different sizes, political issues may seem to have taken a distant second place behind cults of personality in the hearts and minds of American voters. The Seattle Times, for example, ran an enthusiastic endorsement of Bernie Sanders, but neglected to mention cannabis in the text, despite the fact that Washington State is a beacon of legalized cannabis’s tax potential and Bernie is the most vocal proponent of legalization in the presidential race. The big picture is in focus for the masses, but a thousand small screens flicker in the background. Through it all, however, progressives and cannabis advocates all over the country continue to assert legalization as one of the many issues the country needs talked about before the election, fascinating as the Donald’s ball bag no doubt is.

In Portland, a dispensary called Foster Buds took political action into their own hands by offering a special promotion in which the store would absorb Oregon’s 25% cannabis tax and donate proceeds to the Bernie Sanders campaign. “He is just the biggest advocate for the marijuana industry right now,” Ken Martin, the manager of Foster Buds, told Mic. Business, on “Feel the Bern Day” was more than brisk. In Ohio, another electoral season has brought another attempt to legalize cannabis in the Buckeye state.

The rub in this case is that there are two competing initiatives receiving consideration in Ohio. One would give the state the best medical cannabis law east of Nevada, allowing patients of the age of majority to determine their relationship to cannabis and use it as they see fit. Industrial hemp would be allowed to be cultivated and processed by any Ohioan and drug treatment programs would be strengthened through the money gained in tax. The other would limit production of cannabis to CBD—no plants allowed—and be used mainly for the eight “cannabis-worthy diseases” used as a guideline in most states: cancer, glaucoma, HIV/AIDS, cachexia, seizures, spasms, pain, and nausea. Whether Ohio will legalize, and in what way they choose to do so, will be a defining aspect of 2016’s policy.

Meanwhile in Maine, deep prejudices against cannabis once again revealed themselves when the Secretary of State, Matt Dunlap, authorized his office to invalidate a petition carrying the signatures of thousands of Maine residents in favor of a 2016 legalization initiative. By claiming the notary’s signature on the petition did not match the one on file, Dunlap was able to void the work of dedicated activists and patients across the state. Though Dunlap is a member of the Maine Democratic party, in 2008 he was instrumental in creating “Ronald Reagan Day” in the state capital, a celebration of the most anti-cannabis, knee-jerkingly reactionary politicians in the history of the nation.
There are similar anti-cannabis politicians in all 50 states and all over the world who can’t imagine the scourge of Satan’s Salad in their lilywhite hometowns—in Dunlap's case, it is Maine’s slightly too perfectly-named Old Town. But not every day does such a politician get the chance to impede a legally signed petition advocating progressive cannabis policy.
One can picture him celebrating the Just Say No campaign spearheaded by Reagan’s First Lady, the late Nancy Reagan, on a holiday he helped create favoring the man. As New England’s denizens have made cities like New Bedford, Massachusetts and Portland, Maine capitals of a new heroin epidemic, politicians like Dunlap have chosen to instead focus on voiding cannabis initiative signatures.
It may be an election year, but that doesn’t mean that everything that happens will be in the center ring. Over at the sideshow all kinds of things go on in front of an empty house. This year, cannabis hangs in the balance and while everyone is watching Bernie try to be ringmaster, it’s the sideshow crew making the day to day decisions.