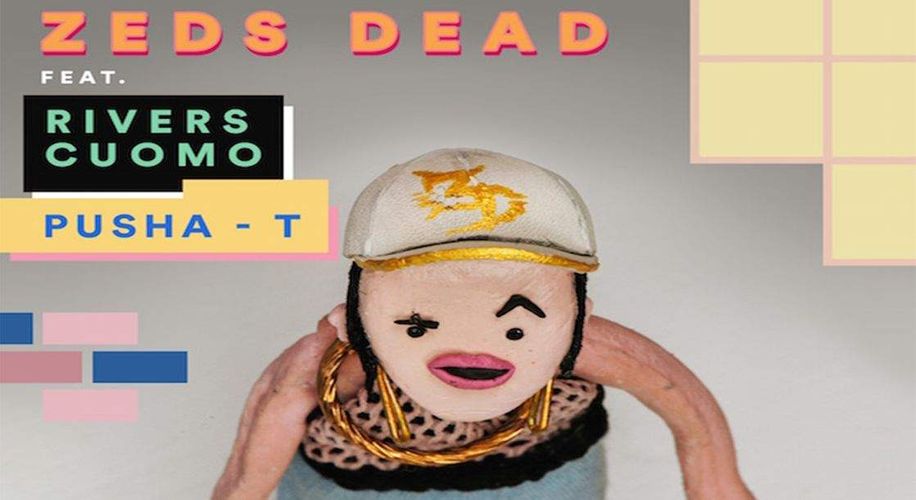 The Canadian electronic duo’s new track has just dropped the song we never knew we wanted.

The Canadian electronic duo’s new track has just dropped the song we never knew we wanted.

Of all the whacky collaborations that have taken place in the music world, none is more unfathomable than the joining of the geeky alt-rock band Weezer and "crack pot inspired" Pusha T. It’s a lethal combination more shocking than when the nu metal Linkin Park and rapper Jay-Z released their collaborative album Collision Course, which helped to end the age-old rappers versus rockers war that took place in public school cafeterias across the country.

Somehow, someway, Canadian electro duo Zeds Dead recently managed to get Weezer’s frontman Rivers Cuomo and King Push together on a melodic track called “Too Young”. Believe it or not, the two colliding worlds mesh together surprisingly well on the new song. Cuomo takes up the singing duties on the electrifying hook, while Pusha comes through with his typical smooth flow and witty wordplay for two lighthearted verses.

In fact, Cuomo and Pusha T seem like the perfect wingman for one another. The Weezer singer comes in with optimism, singing “girl, you’re too young, don’t give up on life. Don’t, don’t stop believing,” for the track’s catchy hook. The recurring chorus is then followed with two amusing verses from Pusha, in which he manages to hit on an artsy girl and still keep his street cred intact. Plus, considering that Weezer’s upcoming album is entitled The White Album, and knowing Pusha’s one-time affinity for selling drugs of that color, perhaps this won’t be the only time these two vastly different artists join forces.

The track will be featured on Zeds Dead’s upcoming album Northern Lights, which is scheduled to be released on October 14 via Deadbeats. The upcoming project will also feature Diplo, Elliphant, Twin Shadow, Jadakiss, Styles P, Atlas, and more. You can peep Zed Dead's latest otherworldly collab track "Too Young" here.