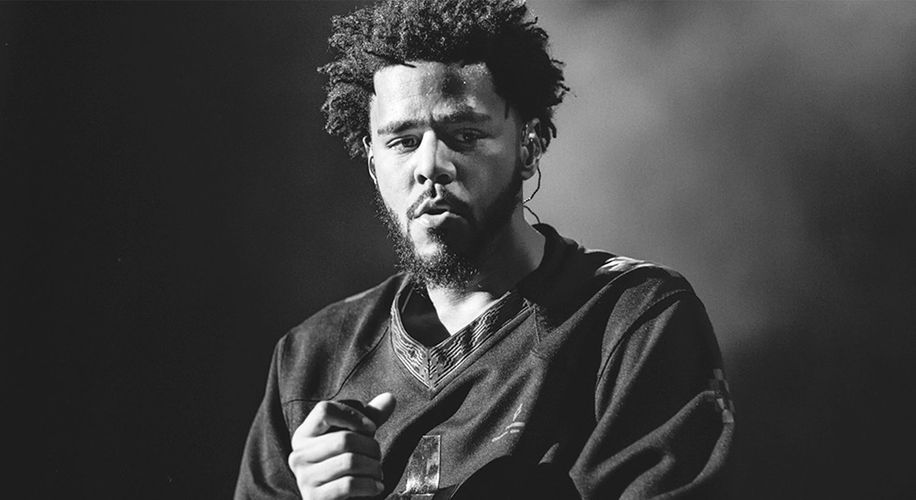 Just weeks after dropping “4 Your Eyez Only,” J. Cole takes aim at religion and the US government.

Just weeks after dropping “4 Your Eyez Only,” J. Cole takes aim at religion and the US government.

While 2016 was certainly a devastating year for a number of beloved celebrities and the world’s political sanity, North Carolina rapper J. Cole closed out the year on a high note by dropping his highly anticipated album 4 Your Eyez Only back in December. Rumored to have spent over two years in the studio working on the record, it's no surprise that Cole recorded some top-notch tracks that didn’t make the final album cut.

In honor of Martin Luther King Jr. Day, the storyteller dropped the politically charged track “High For Hours” early this morning. The title suggests that the track’s lyrical content was likely inspired by stoned reflection, and it finds Cole going off on the hypocrisies deeply embedded within American politics and religion.

In the second verse, Cole revisits the nerve-racking experience of talking with President Barack Obama, openly questioning what has kept the Commander-in-chief from helping the African-American community out more.

“He looked me in my eyes and spoke and he was rather swift/He broke the issues down and showed me he was well-aware/I got the vibe he was sincere and that the brother cared/But dawg, you in the chair, what's the hold up?/He said there's things that I wanna fix/But you know this shit, nigga: politics,” Cole rhymes about his conversation with President Obama.

Cole also touches on a number of other delicate subjects, including slavery, police violence, systematic racism, and political corruption. All in all, the bleak outlook in “High For Hours” leads Cole to his mantra-like hook, where he acknowledges these hypocrisies as “the type of shit that make you wanna let go.”

J. Cole has become known for putting as much effort into his loose tracks as he does into his singles and albums, a point well proven with “High For Hours”.

Listen to “High For Hours” here, and if you haven’t yet, check out Cole's “False Prophets” on our Soundcloud playlist from last month.