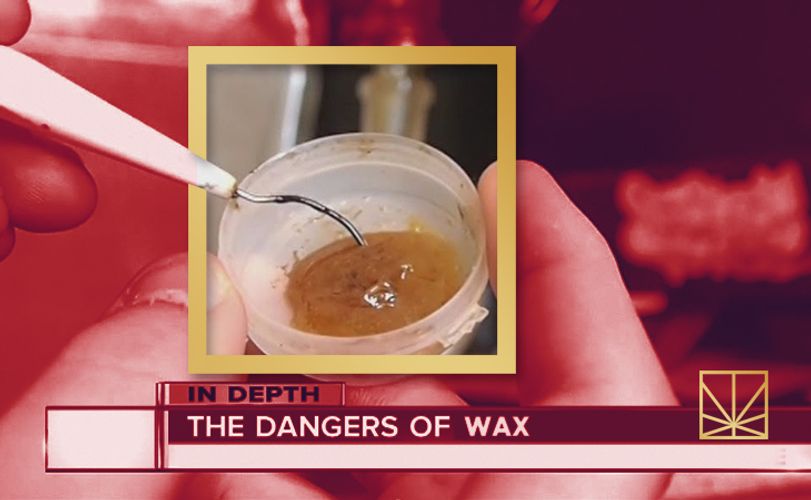 The media hype about shatter is riddled with inaccuracies, allow us to clarify.

The media hype about shatter is riddled with inaccuracies, allow us to clarify.

They say just a dab’ll do ya, but it seems some are over doing it leading to a slew of headlines in the media warning about the dangers of marijuana extracts. Some reports tout concentrates as an “ALL NEW form of marijuana” that is “inducing psychosis”, and has people so amped to smoke it they are “blowing themselves up” in the process. The problem is all of this is either a gross exaggeration or completely incorrect, leaving the general public highly misinformed. Allow us to help clear some things up.

Myth #1
Shatter is an all new drug shattering the lives of families across the U.S.
Butane Hash Oils (BHO) also known as shatter, budder, and wax among a shit ton of other nicknames is a marijuana concentrate. It looks similar to honey and produces a much stronger high than traditional grass. Another popular nickname? Hash. As in hashish, which has been around for thousands of years. In other words, there’s nothing new about concentrates other than the nicknames and the various textures it is shaped in. “Wax” tends to refer to the sticky resin that ancient stoners discovered carried the more potent cannabinoids. In fact, Morgan Fox, of the Marijuana Policy Project compared the difference between shatter and traditional bud is similar to someone who prefers sipping on whiskey neat as opposed to a beer. “As long as people are educated about the proper dosage, it hasn’t presented any problem,” Fox said.

Myth #2
One hit will have you high for days.
Speaking of potency, a 2014 news report claims wax is so strong one hit will keep you high for days. (Hmm...Where can we get some of that?) All jokes aside, concentrates are indeed much more potent than the marijuana plant itself. Some BHO can contain up to 80%THC (the chemical in marijuana that causes a high). To put it in perspective, your run-of-the-mill cannabis ranges from 10-30% THC. And while the high potency of marijuana extracts is one reason law enforcement has issued warnings, marijuana advocates maintain no one has died from ingesting it.

Myth #3
Wax is the “crack” of the pot community
Because of its benefits to the ailing BHO is often called the future of cannabis. In terms of stigma, there is a faction of the pro-legalization movement that shies away from concentrates. It doesn’t help that smoking wax oftentimes involves a special rig and a blowtorch. Pro-pot advocates are concerned about tainting the image of the legalization movement, while supporters for the “Seeing teenagers wielding blowtorches or blowing themselves up on the evening news might incite a new anti-pot paranoia that could set the legalization movement back decades," one industry expert said.

Myth #4
Dabbing=Explosions
"We always have explosions. We always have severe burns. It's something that can wreck your body and your life forever," Michigan State Police said in an interview about the “Dangers of Dabbing”. You know those explosions you’ve been hearing about? That’s a bunch of yahoos trying to make their own wax. You see, one of the primary ways to extract marijuana concentrate from the bud includes using the flammable substance butane to strip out the THC. This isn’t something an amateur should try to DIY. According to pro-legalization supporters like Fox, the quickest way to protect the public from hash oil extraction fires is legalizing and regulating marijuana. So spread the word: even in states where pot is legal like Colorado, a person busted for making wax are subject to felony charges.

Myth #5
Concentrates are bad, even deadly.
There have been reports claiming the uptick of marijuana related overdoses in Washington state hospitals stems in part from the increase of availability of concentrates. While this could be true (more studies and analysis of data would be required) it's difficult to overlook the major benefits of fast acting concentrates. “Shatter and other concentrated cannabis products give a stronger, more immediate effect and have shown to have great benefits with a variety of medical conditions because of the quick-acting nature of inhalation or vaporization,” said Ry Prichard, a writer and photographer for the Denver Post’s “Cannabist” blog. In addition to reducing pain, other benefits of cannabis extract include its ability to reduce stress and anxiety, improve the quality of sleep, and boost appetite.