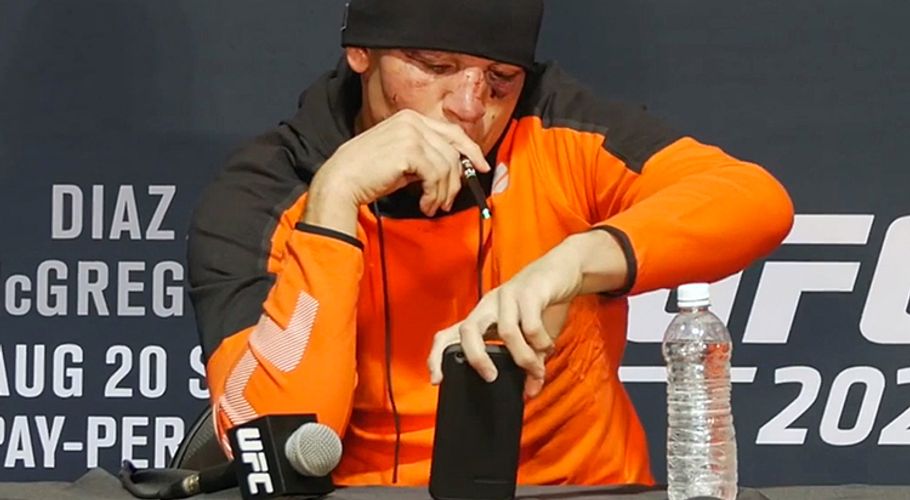 Nate Diaz is among a long list of MMA fighters who take hits both in and out of the ring.

Nate Diaz is among a long list of MMA fighters who take hits both in and out of the ring.

Nate Diaz could be seen puffing on a vape pen during a post-fight news conference Saturday night, adding to the long storied history between UFC fighters and their love of medical marijuana.

Following his majority-decision loss to Conor McGregor at UFC 202, the 31 year old Diaz - whose older brother, Nick Diaz, is an outspoken cannabis proponent -  said he was smoking CBD oil, a derivative of marijuana called cannabidiol.

“It helps with the healing process and inflammation and things like that, so you want to get these for before or after the fights in training,” Diaz said.“It’ll make your life a better place.”

Diaz and his brother, both of whom fight in the UFC and have undergone suspensions due to marijuana use, have long discussed the “sacred plant,” as UFC announcer Joe Rogan refers to cannabis.  Nick Diaz said he has held a medical marijuana card to treat attention deficit disorder. In fact, Nick was unable to work in his brother’s corner during Saturday’s night because he tested positive for marijuana in a January 2015 loss.

Nate Diaz, who underwent a suspension this year ending 4/20, provided drug-testing samples to the Nevada State Athletic Commission after the fight Saturday, but before vaping. After the fight, Diaz was en route to an after-party and Mandalay Bay’s Light nightclub.

“And my brother’s going to be there, that’s cool,” Diaz said. “They let him in there.”

In the spirit of MMA fighters and their medicine, MERRY JANE put together a list of UFC fighters discussing cannabis.