HEALTH
How Does Cannabis Interact with HIV Medication?
AD
There’s a myriad of ways cannabis can benefit people living with HIV. I can say this from personal experience.
Published on January 15, 2019

Cannabis has long been known to make adherence to HIV medication bearable. In fact, the virus is one of the foremost qualifying conditions for medical cannabis in the majority of legal states. After all, it was a key driving force in the original crusade to legalize the plant. A growing number of states — not including CBD oil-only states, or states with undefined lists of conditions — explicitly include HIV or AIDS as a qualifying condition for medical marijuana: As of 2019, that includes Alaska, Arizona, Arkansas, California, Colorado, Connecticut, Delaware, Florida, Hawaii, Louisiana, Massachusetts, Michigan, Minnesota, Missouri, Nevada, New Hampshire, New Jersey, New Mexico, New York, North Dakota, Ohio, Oregon, Pennsylvania, Rhode Island, South Carolina, Utah, Vermont, Washington, and West Virginia.

Despite the widespread acceptance of cannabis for alleviating symptoms of HIV, there is much more to be learned about the actual mechanisms of the plant in reducing neurocognitive issues and inflammation — some of the most detrimental effects associated with the virus. People living with HIV often take steroids or other potent drugs that are hard on the kidneys, making it difficult to distinguish what symptoms come from HIV and what symptoms come from HIV drug regimens. HIV drugs powerfully annihilate HIV cells in the bloodstream to undetectable levels, but the virus still reaches the deepest reservoirs in the body, such as in the bone marrow or in the brain, where drugs cannot always reach.

As a person living with HIV, I can affirm cannabis’ ability to noticeably improve the quality of life — especially considering the often toxic HIV drugs that I’m consigned to take daily in order to stay alive. For over three years, I had to take a mandatory daily dose of Atripla — a three-drug pill containing the hallucinogenic drug efavirenz. It was the first drug I was prescribed, and I was casually warned that efavirenz may cause “weird dreams.” On the third day of taking Atripla, I experienced profound hallucinations, much more like a full-blown acid trip than a dream. Then it happened about every three days. Researchers have confirmed the medication’s LSD-like properties. 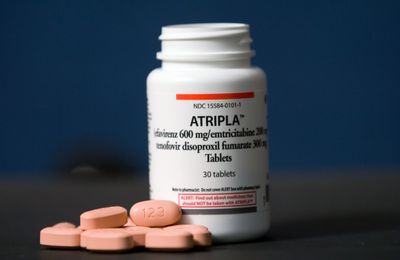 I consumed or smoked cannabis daily to take the edge off of efavirenz and ‘roid rage caused by testosterone. Consuming cannabis was the only way for me to stay grounded when the hallucinations made it difficult to distinguish reality. It’s also the only thing that works to lower constant digestive irregularity and provide mental clarity, like resetting my brain. While HIV is considered to blame for the cognitive issues, researchers have linked some neurocognitive problems to efavirenz itself.

“Efavirenz commonly causes early neuropsychiatric side effects, but tolerance develops in most patients,” wrote a South African research team in a 2013 study published in Expert Opinion on Drug Safety. “There is emerging evidence that efavirenz use may damage neurons, which could result in impaired neurocognitive performance.” In South Africa, efavirenz is more commonly abused recreationally. This, coupled with HIV, spells bad news for the cognitive abilities of people living with HIV.

Eventually, I got tired of tripping every three days. After three and a half years, I switched from Atripla to a pill called Stribild and then finally Genvoya, which both have fewer side effects. Each time a new pill is released, it is branded as less toxic — as in the case of Genvoya. 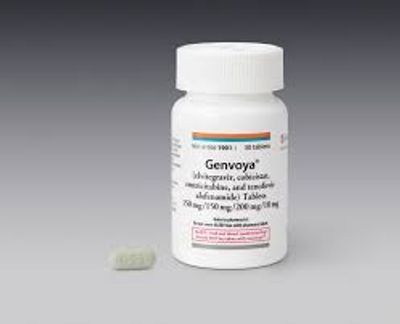 Michigan State University was the recipient of a $2.4 million grant from the National Institutes of Health to study how cannabis compounds can reduce inflammation and cognitive problems among HIV patients. Dr. Norbert E. Kaminski is director of Michigan State University's Center for Integrative Toxicology and a professor of Pharmacology & Toxicology. “A high percentage of HIV patients develop a neurocognitive disorder called HANS (HIV-associated neurocognitive disorder),” Kaminski told MERRY JANE on the phone. “And what causes this, in part, is that there is a chronic inflammatory response in the brain, partly due to the HIV virus getting into the brain. That inflammatory response ultimately causes the damage and destruction of neurons. In the most severe cases, HIV patients can develop symptoms what you would see in Alzheimer’s patients.”

Growing evidence to support the idea that cannabinoids can suppress the progression of HIV is nothing new. “We’ve known for a very long that cannabinoids, including delta-9-THC, can modulate the immune system, but in this case, they are also anti-inflammatory,” Kaminski said. “So some of our preliminary studies which led to the funding of this grant, was that when we began looking at the circulating white blood cells in HIV patients, we found that many of them have very high levels of monocytes [a type of white blood cell], and these monocytes were activated to something they recognized as being foreign. We also saw that in HIV patients that use medical marijuana — they did not have this condition. The number of monocytes in the patients using medical marijuana was very similar to our healthy non-infected controls.”

Kaminski was amazed at the difference in profile in the bloodwork. “So what we are hypothesizing is that we think those individuals that are using marijuana may be able to control the number of these inflammatory monocytes.” He explained that monocytes, when in circulation, become activated and can cross the blood-brain barrier and get into the brain. Once they’re in there, they continue the inflammatory response. They also deplete proteins that recruit additional white blood cells that get into the brain. “By controlling the number of activated white blood cells,” he explains, “we believe that there will be fewer of these cells crossing the blood-brain barrier and potentially also inhibiting or impairing that inflammatory response so that they don’t develop this neurocognitive disorder.” 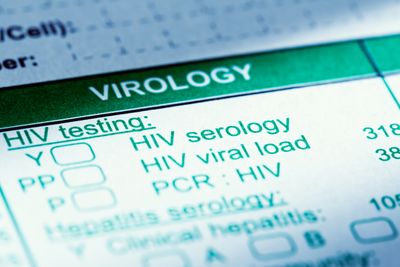 Cannabis’ status under Schedule I makes it harder for researchers like Kaminski to get things done. Kaminski and his research team don’t give study participants medical cannabis. Instead, they provide them with questionnaires and compare the patients who use medical cannabis to those who don’t. Kaminski’s team also used GB Sciences' cannabis-based neuroprotective compounds in its research.

The team’s findings could eventually pave the way for future HIV medications. “I would first like to note that the research into cannabinoid-based therapies for treatment of HIV-associated inflammation is very limited,” study co-author Mike Rizzo reiterated via email. “Despite this, I do believe there is potential for the development of cannabinoid-based medicine to dampen the chronic inflammation associated with HIV infection. In our recent publication, we observed that HIV+ individuals utilizing cannabis had a lower level of inflammatory markers in their blood compared to HIV+ individuals who did not use cannabis. This would suggest that cannabis use is lowering the level of inflammation in these HIV+ individuals.”

Rizzo continued. “Furthermore, we have evidence in the lab indicating that THC is a key cannabinoid compound promoting the anti-inflammatory effects that we observed in these HIV+ individuals utilizing cannabis. To conclude, despite the limited research regarding cannabinoid use and inflammation, I do believe there is promise for the development of cannabinoid-based medicine to alleviate HIV-related inflammation.”

Modern HIV drugs, called antiretrovirals, work relatively similar to antibiotics — in the sense that if you skip days of pills, you can develop a resistance and it will eventually render the drug useless. Drug resistance is a consistent major issue for otherwise effective HIV drugs. It’s also one of the reasons why people still die of AIDS today, even though there are now so many effective drug options to choose from. Some people are subject to superinfection with multiple strains of HIV, and others were infected with supercharged multidrug-resistant HIV strains.

Still, I’m grateful for efavirenz and other HIV drugs — I’d be dead by now if effective HIV medicine didn’t exist. Had I been diagnosed 20 years earlier, I’d be forced to take experimental medications like AZT that didn’t work and might even make things worse. 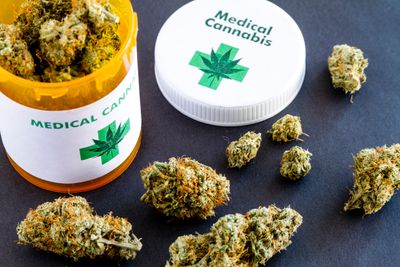 Like innumerable other people around the world, I’ve embraced cannabis to combat the various issues that I faced as a result of my HIV. After being diagnosed, I eventually found a local Long Beach, California dispensary that ran a compassionate care program which gifted a small amount of cannabis every week to people living with HIV or cancer. All I had to do was furnish my diagnosis form and my doctor’s recommendation for cannabis. The budtender there refused to touch my dollars when I bought more cannabis, but overall it was worth it. In California, it’s no secret that cannabis works wonders for HIV.

Things have changed since HIV was the deadly plague it was in the 1980s. People living with HIV who adhere to their medication without skipping days can expect a near-normal life expectancy. With cannabis, however, the quality of life can be greatly improved. I can say this with confidence.

NEWS
MEDICINE
HEALTH
RESEARCH
MORE...
IN THIS STORY
CBD
Click to shop at our CBD store
Benjamin M. Adams
FOLLOW
Benjamin Adams is a freelance writer whose work has appeared in a slew of publications including CULTURE, Cannabis Now Magazine, and Vice. Follow Ben on Twitter @BenBot11
Share this article with your friends!
AD
By using our site you agree to our use of cookies to deliver a better experience.
Accept
Decline
MORE FROM MERRY JANE