HEALTH
How Can We Ensure the Disabled Community Has Equal Access to Cannabis?
AD
New initiatives are seeking to overcome the challenges and discrimination faced by disabled medical marijuana users.
Published on November 8, 2018

Legal cannabis has pretty much gone mainstream. From the first legalization of medical marijuana, passed by California in 1996, to 33 states with either adult-use or medical cannabis programs as of Tuesday’s election results, legal pot is only growing in popularity. For users with disabilities, the medicinal value of the plant has been increasingly clear for years; however, some of the challenges of accessing the drug for such individuals are just now being highlighted.

In Colorado, for instance, deaf and hard-of-hearing individuals have been experiencing trouble purchasing cannabis in a retail setting. Despite it being legal and available, there are a variety of barriers preventing full access to the plant, including a lack of interpreters, the absence of captions, and a lack of cannabis-related signs in American Sign Language (ASL). This lack of vocabulary is leaving members of the deaf community to spell out ridiculously long words like “endocannabinoid” using individual letters from the ASL alphabet.

eCS Therapy Center, a Boulder-based marijuana education nonprofit, has stepped up to bridge the gap between the cannabis and deaf communities. In an attempt to break the communication barrier and make accessing legal marijuana easier, they created “Signs for the Times,” a new vocabulary that allows deaf and hard-of-hearing cannabis users to navigate the constantly evolving cannabis landscape.

Segment via The Denver Channel

While the deaf community faced an immediate barrier, more and more disability communities are being denied cannabis access and related accommodations. In 2017, Maine passed a regulation requiring medical marijuana users to submit to government inspections in an effort to crack down on how caregivers grow and distribute medical cannabis. Provisions like these harm the disabled cannabis community, by making it seem as though users are faking the need for a medicinal substance, rather than promoting equal cannabis access for all.

Debbie Churgai, the associate director of Americans for Safe Access (ASA), an organization working to overcome barriers for therapeutic cannabis users, says that while the trend of legalization is good for recreational users, it will provide the most benefit to users with disabilities.

Cannabis users with disabilities currently face barriers to legal access in both government policy and social stigma. In the workplace, those with disabilities don’t have much protection for off-duty usage of marijuana, even in states where the drug is legal for medical use. In a 2017 case, James Terry alleged that his firing from UPS was in violation of the Americans with Disabilities Act (ADA). A medical cannabis card holder, Terry used the drug to treat chronic hip pain. He had never used it on the job, but after showing up positive on a random drug test, Terry was fired.

According to the ADA’s official website, the purpose of the law is to guarantee that “people with disabilities have the same opportunities as everyone else to participate in the mainstream of American life.” While the ADA prohibits discrimination based on disability and requires reasonable employment accommodations, it does not support the medical use of marijuana. The ADA’s protections do not legally extend to individuals who use any illegal drug, and because cannabis is federally scheduled under the Controlled Substances Act, medical marijuana users with legitimate disabilities can be denied employment rights they would otherwise be afforded under ADA code.

Price can be another barrier for individuals with disabilities. In a 2017 report by the Annual Disability Statistics Compendium, the median earnings for those with disabilities was only two-thirds of what able-bodied individuals were reportedly earning — a trend that’s continued since 2008. While some states don’t charge registration fees, others make individuals pay upwards of $200 for a medical marijuana card. Patients are also responsible for paying the doctor’s consultation fee, which can be hundreds of additional dollars. Currently, there is no insurance coverage for medical cannabis in the U.S.

“Although it’s available in so many states, it’s really only available for those that can afford it,” insists Churgai. “It’s really not going to be available for everyone until insurance can cover it.” 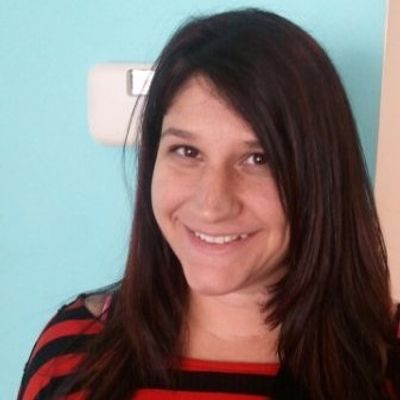 As a Schedule I controlled substance, cannabis is described as having “no medical use,” making it difficult to qualify for coverage, despite being medically recognized by some states. In an interview with Tonic earlier this year, a representative for health insurance firm Humana noted at the time that there is no current insurance coverage offered for marijuana because there was no cannabis product approved the U.S. Food and Drug Administration (FDA). While that’s since changed with the FDA’s acceptance of the cannabis-derived epilepsy medication Epidiolex, the approval doesn’t change the marijuana plant’s legal status overall, and Churgai says that more research will be vital to moving towards medical cannabis insurance.

“When you talk to doctors, the first thing that they’re going to say is, ‘Well, where’s the research?’” explains Churgai. “Every patient in the whole country that has a medical cannabis card has to have a doctor recommendation. Doctors are really the key here… They’re not just going to take your word for it. They need that scientific evidence.”

Research which sufficiently backs medical claims is just the first step towards ensuring that legal cannabis is fully available to those with disabilities. Much of the policy surrounding disability and cannabis is vague and outdated, making it difficult for individuals to legally defend their medical usage. Federal courts continue to rule against medical marijuana accommodations, such as a 2012 case that asserted an individual who is “gravely ill” is not protected by the ADA, even in states that have legalized cannabis. The court ruled that the language of the law did protect users of drug treatments prescribed by health care professionals, but the act’s vagueness did not allow for medical treatments involving drugs banned by the Controlled Substances Act.

There’s also a lack of consistency between states about who is eligible for medical cannabis. While Illinois lists over 40 eligible conditions, North Carolina only lists one (epilepsy, for which CBD oil can be legally used). Organizations like the Marijuana Policy Project (MPP) and ASA are working with politicians and activists to grow the list of medical cannabis-eligible conditions across the United States.

While policy presents an important need for legislative progress, our culture still has catching up to do when it comes to cannabis acceptance. Although 33 states and Washington, D.C. have legalized the drug in some form or another, there’s still a clear stigma surrounding its use — even as medicine.

In 2017, researchers examining five past medical cannabis patient studies found that cultural bias is not only present, but it’s affecting the doctor-patient relationship. Their analysis concluded that many medical patients were afraid of being labeled a “stoner” or “pothead,” and would choose to either hide their marijuana usage, or simply suffer pain instead of asking for help. To start combating such stigma while normalizing cannabis use, Churgai suggests simply speaking up.

In her work with ASA, Churgai has seen closed minds create significant barriers for patients with disabilities. She points to stories like that of a Maine man who was removed from the kidney transplant list for using medical marijuana. The patient had a cannabis prescription to treat his case of Alport Syndrome, but individuals on the organ transplant list in Maine are prohibited from using cannabis for any purpose, even if for a medical ailment. Despite a need to treat his pain in the short-term, the stigma of marijuana usage made it impossible for him to receive the long-term treatment he needed. Medical marijuana use can prevent patients with disabilities from receiving needed treatments, even surgeries; photo via iStock

Other than fighting societal stigma, Churgai says recreational and able-bodied users should take a step back and examine their own usage before forming opinions about others. While adult users may turn to cannabis for entertainment, they ultimately feel the same effects as medicinal users.

“I honestly think that people that use it for adult-use are actually using it therapeutically; they just don’t know it,” says Churgai. “They’re using it to relax, or they’re using it to feel good… It’s still working in their bodies the same way that it’s working for everyone else.”

In a society where recreational cannabis spending is projected to outpace medical spending in 2019, it’s necessary for all users to understand the importance of cannabis legalization for individuals with disabilities. If medical professionals are to look to marijuana as valid medical treatment, recreational users need to start respecting individuals who truly require the medicine by standing up for their rights.

“One of the things we do at ASA is we teach people how to advocate properly,” says Churgai. “When you go and you talk to a member of Congress, you don’t want to wear a big green leaf on your shirt, or disrespect them by smoking in front of their face. You want to talk to them [and] let them know that this is something everyone is using.”

Organizations such as ASA are working systemically with disability foundations to bring them up to speed on medical marijuana treatment options for specific disability communities. If you’re an average member of the cannabis community, however, there’s still a lot you can do to ensure access to the cannabis plant for those with disabilities. The easiest way is to just start a conversation.

Churgai says there’s still much to do before the disabled community has full cannabis access, but the best thing people can do moving forward is to be as knowledgeable as possible about the plant’s medicinal value.

“Cannabis shouldn’t just be a last option; it should be a first option.”

NEWS
MEDICINE
LEGALIZATION
HEALTH
MORE...
IN THIS STORY
CBD
Click to shop at our CBD store
Isabelle Lichtenstein
FOLLOW
Isabelle Lichtenstein is a journalist from the South who currently lives in New England. She is a student at Emerson College, where she’s studying journalism with minors in hearing & deafness; women, gender, & sexuality studies; and publishing. Isabelle currently writes for Alloy.com, Backstage Magazine, and Your Mag Emerson. Follow her on Twitter @lichtenstyle.
Share this article with your friends!
AD
By using our site you agree to our use of cookies to deliver a better experience.
Accept
Decline
MORE FROM MERRY JANE