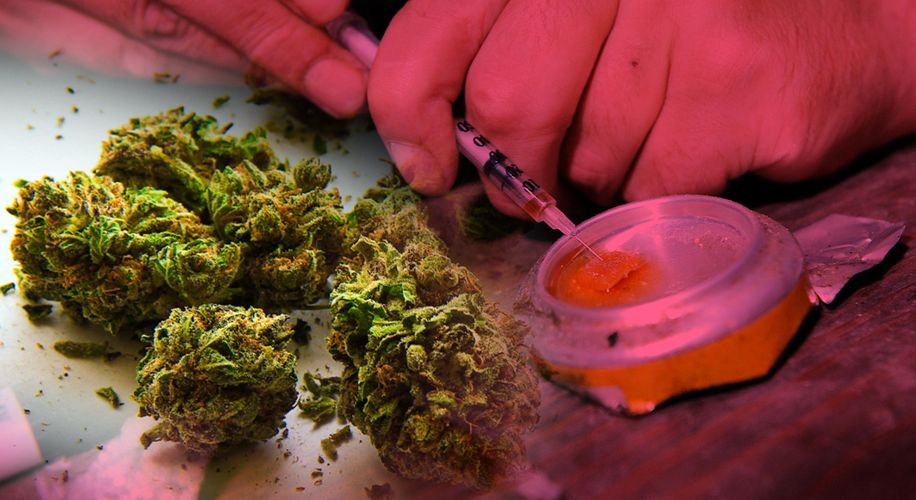 Caregivers in Maine want to give medical marijuana a try.

Caregivers in Maine want to give medical marijuana a try.

Can you treat a drug addiction with another drug? Many medical cannabis patients in recovery, as well as their caregivers, think it’s possible.

Studies have already shown a decrease in opioid overdose deaths in states where medical cannabis has been legalized. On a more personal level, it’s showing unprecedented potential as an alternative treatment option for addiction to opioids, like heroin and prescription pain pills.

Maine’s patients and caregivers want the state to seriously consider the use of cannabis as a treatment for opiate addiction. Along with many other states seeing epidemic levels of opiate abuse and overdose deaths, Maine is searching for viable alternatives to incarceration, and is willing to hear out the cannabis community if it means a solution to this painful problem.

On April 19, officials from the state’s department of health considered the advocates’ request at a public hearing lasting over three hours. Caregivers who made public comments in favor argued that cannabis therapy had significantly eased the painful symptoms of withdrawal for their patients, such as nausea, diarrhea, muscle spasms, insomnia and anxiety. They also claimed that the build-up of cannabinoids in the body reduced the chance of relapse.

Patients themselves gave emotional public testimony that cannabis had helped them break the cycle after years of failure. Some even said that the court-ordered methadone clinics actually worsened the cycle of addiction.

In opposition stood the decidedly less understanding Maine Medical Association, who question the amount of science behind the request, and would probably oppose the use of cannabis for most purposes anyway. The addiction recovery community and the pro-cannabis movement have long been at odds, and until more objective research proves that cannabis works, the opposition will remain an obstacle for those seeking safe access.

Maine will have their decision in less than 180 days, and is the first state whose government is seriously considering opening up the medical marijuana program to opioid addicts, which would add to the dozen or so current qualifying medical conditions. The support is mounting as more recovering addicts turn to cannabis and share their stories online.

Though the medical community at large still predominantly ignores the benefits of cannabis, some in the health and wellness industry are moving into the cannabis space in order to effect change.

“It’s time we, as a nation rip off the Band-Aid, and start looking at medical cannabis as a Schedule II drug,” says David M. Cunic, Physical Therapist and CEO of Pazoo, a cannabis media and testing lab empire utilizing Steep Hill Labs technology. “With 24 states having medical cannabis laws and over 35 states having CBD laws, it’s time we take things to the next level.”

During his lengthy tenure as a physical therapist, David witnessed firsthand the issues inherent to prescription opioid dependence. Individuals who sustained injury were often reluctant to accept the pain medications they were offered, due to a history of addiction.

He also saw that cannabis was a safe alternative that many people turned to, in order to recover more quickly and avoid relapse behaviors. According to him, people in pain deserve to know that they can soothe themselves with a natural alternative, and have more of a choice in their course of treatment.

Treating a serious addiction with a harmless plant seems to make a lot more sense than treating with controlled opioid treatments, such as methadone or suboxone, which still possess addictive qualities.

As a health professional, Cunic believes that a bump down to Schedule II status would allow for innovative new discoveries to be made in a safe, sterile, and scientific environment. “Cannabis has been called a ‘modern penicillin;’ there is so much more that this plant can do, and more research needs to be done to determine just what that is.”

What do you think? Should cannabis be used to help heal addictions to other, more harmful drugs?