CULTURE
We Had a Love Affair with Savage's New Weed Line, and This Is What Happened
AD
Finding the right strain that lights you up and makes you radiate from the inside out can be a daunting task. That's why we wrote this review for you: So you can skip the mids and get that juicy green.
Published on February 15, 2020

Savage. The name alone conjures visions of fiery passion and boundless freedom. That’s how it felt when we discovered this luscious brand. The Savage brand immediately enticed us because, whether you smoke like a savage or daintily puff, we all get high to feel bliss. And when imbibing ignites genuine passion, smoking weed becomes a gateway to sweet, sweet freedom.

We know we shouldn’t judge a book by its cover, but the name “Savage" is what prompted us to smoke their product for a test toke. And what we determined is that Savage’s flower is the type of bud that gives California its legendary reputation for growing the world’s best weed. It’s straight-up fire.

The metallic rainbow-fade packaging drew us in right away — that’s why we chose to try their Pink Nepali pre-roll joint and 3.5-ounce jar of Lemongrass cannabis flower. And aren’t we happy we did — but more on that in a sec. 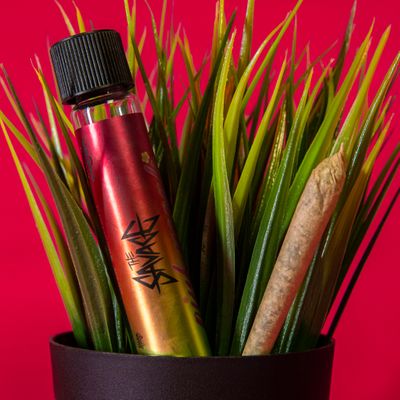 Opting first for convenience, we got home and busted out the Pink Nepali. The joint comes in a glass tube, which we can’t help but make note of. For such a green industry, the cannabis space produces a ton of waste. So, the fact Savage uses glass is ideal because you don't have to feel bad about another plastic doob tube eventually ending up in the ocean, and it’s not going to sear horrid BPA-chemicals into your joints.

But pre-rolls are kind of like a box of chocolates: You never know what kind of weed quality you’re going to get. In fact, companies just trying to make a buck use pre-rolled joints as a vehicle to cast-off their shitty, dry, brown, shake weed. But after smoking le herb for years, you tend to develop a palate for the good stuff. So, there’s no fooling us — if ditch weed is rolled into a beautifully manicured joint, we’ll know. That said, you only really know how good mystery flower is after sparking up. So, we fired up that Pink Nepali and inhaled deep.

Damn. The pine-forward smoke leaves you basking in a citrusy afterglow perfect for bringing ideas to life and socializing. If you want to feel like a warm drop of vibey sunshine, this rolled flower is the answer. But we tend to dig sativa-heavy Nepalese strains. So, we knew on first puff that sweet Savage had delivered a real clean high. In no way did they skimp on quality. In fact, the opposite is true! Pink Nepali delivered a primo experience. 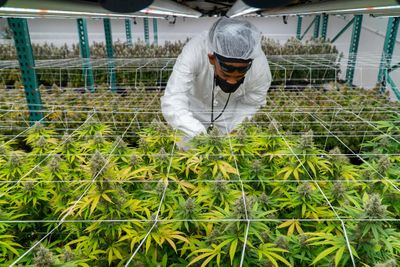 We smoked down our Nepali joint the way tropical vacationers slurp down pina coladas on a hot summer day. And the high lasted all night. But we were back at it the following morning, this time with our eighth. We loaded the glistening Lemongrass indoor flower into a pipe — the sour aroma mesmerized us on impact. Upon torching up, this sumptuous hybrid engulfed our lungs first, then our consciousness. Every floral note added up to an earthy zest.

The high offers a levitating uplift signaling its gentle sativa tones, but it was never dizzying or off-putting. While Lemongrass might make you feel like you’re floating, you won’t feel like you’re savagely zooming through the galaxy.

So, that’s two-for-two. On a macro-level, that means they’re producing flowers we enjoy more than just about any strains we’ve tried as of late. And we smoke hella weed! We’re converted believers.

Their inspiring story admittedly adds to their stellar vibe. Savage gets its flower from Cannabis World Cultivation (CWC), a licensed cultivation business operating in California exclusively, with more states on the way. The products stem from The Healing Heart Collective, a widely respected San Diego delivery service and distribution company. It’s a family operation, too: Michael Ellison is the founder and owner of CWC, while his son, Christopher Ellison, created and owns The Healing Heart.

Between 2014 and 2018, Savage built a trustworthy reputation in Southern California, one of the most competitive markets in the world — even outside of the cannabis industry. The company competed in numerous High Times Cannabis Cups, once placing third. In 2017, however, Savage went home with a first-place trophy for best concentrate at the San Diego Local Sesh. The Healing Heart and its brands plan to continue competing in a number of cannabis events and competitions starting in mid-2020.

At present, Healing Heart fully owns and distributes all Savage products. They operate from a 5,000-square-foot, state-of-the-art manufacturing and distribution facility in California City, California.

The 2020 Savage plan is to expand into more California retailers, as well as Nevada, Michigan, and Oklahoma with their signature products. They are also about to release new items such as gummy live resin-infused edibles, next-level concentrates and vape cartridges, and other tinctures and topicals for recreational cannabis enthusiasts.

Savage is also easy on the wallet. Offering low prices for high-quality flower is one of Savage's core business philosophies. The company prides itself on being a brand for the people. Therefore, the company takes high taxes and regulations into account when setting its price point. That's why the cost of Savage's products are significantly lower than competitors. How nice is it when you can actually afford good weed? Seems like a concept lost among the industry these days.

So, if you’re one of those people who enjoys watching small brands evolve into bigger, better versions of itself, Savage should definitely be on your radar. Seriously, though — who doesn’t love following great weed brands? Plus, in a world where chaos lives around every corner — in real life and on the Internet — sometimes juicy weed is all the sunshine you need.

CALIFORNIA
PRODUCT
PRODUCT REVIEW
REVIEW
MORE...
MERRY JANE Staff
FOLLOW
MERRY JANE is based in Los Angeles, California and is dedicated to elevating the discussion around cannabis culture.
Share this article with your friends!
AD
By using our site you agree to our use of cookies to deliver a better experience.
Accept
Decline
MORE FROM MERRY JANE