CULTURE
The Sales Conundrum: How Cannabis Farmers Are Being Screwed by Retail Regulations
AD
"Most of the small-time cannabis entrepreneurs, the people who pioneered this industry, are struggling to survive. One has to wonder if it was a planned extinction or a byproduct of poor planning?"
Published on January 17, 2019

Just a year ago, expectations were high as we celebrated the dawn of a new cannabis era…  and then reality hit. January 1st, 2018, is now being referred to by some as “the first extinction event.” Now, with the close of the first year of recreational cannabis in California, statistics are starting to be made public about how little money was actually made, how little tax was collected, and how few of us in the biz managed to survive. Along with legality came a super-abundance of rules — and very few farmers, manufacturers, distributors, or retailers were prepared for the new regime.

Not only that, the local and state governments, who were trying to enforce laws while they were simultaneously writing and changing them, were equally unprepared. Or as California Bureau of Cannabis Control Chief Lori Ajax once quipped: “We are trying to fly this airplane while we are building it.” We, the veteran growers and advocates, would all say to that: “Go back to the drawing board! And this time ask the people who have been doing it for 50 years to guide you before you write a whole lot of unnecessary regulations!”

As of January 1, 2018, very few farmers had managed to obtain the required permits from the city or county in order to get a State-issued cannabis license. With so few licensed cultivators, manufacturers had no raw material to work with. Supply was also limited because of testing requirements, since most cultivators had never been tested before and there were too few licensed labs. Labelling and packaging requirements were expensive and stringent — no one had ever told us how we had to label or package stuff. Remember match boxes and sandwich baggies? Hence, store shelves lay bare until we all could get up to speed.

Empty shelves made for unhappy retail stores and delivery services, as well, since no product to sell equals no sales to make. The dominos continued to fall as the few permitted farmers and manufacturers produced less product, hence less cannabis available at fewer retailers, which led to fewer sales, less tax for the government to collect… and so it went. Basically, the only farmers who made any real money off of cannabis sales in California in 2018 did so on the black market. Or as we are now calling it: “the traditional market.” All those customers who didn’t want to pay the high taxes or didn’t find their favorite products at the legal retailer went back to their guy on the corner. Meanwhile, the few operating stores, who had stocked up on flowers and products expecting lines out the door, saw their sales volume decrease and their demographics change to an older and less experienced type of consumer. 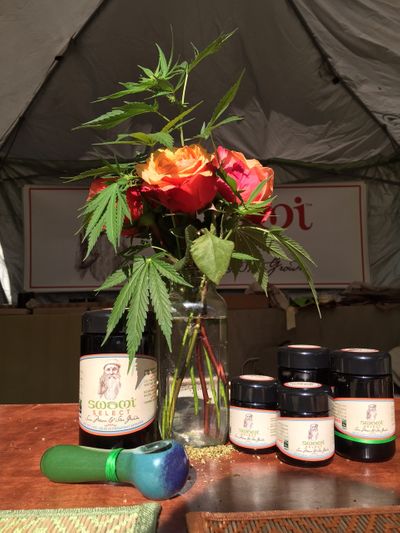 Above, the original branding/packaging of Swami Select flower

The second “extinction event” came on July 1st, when a six-month grace period ended and again new legalization rules went into effect. Leaders in Sacramento had been insinuating for months that if the state agencies were not up to speed, they would extend the Emergency Regulations — as the legal framework from January 1st through July 1st was called. But even with the so-called extension, they did, in fact, change some key regulations. It was a kind of a bait-and-switch thing. Again, people were not ready. Products which were still on store shelves as of that date, but did not have the newly-mandated labels, or were without child-proof packaging, or were not tested according to the new protocols? All needed to be destroyed.

Destroyed! Who took the loss on all this? Mostly the retailers. Although, if my guess is right, most of the “destroyed weed” was either smoked by the store owners or ended up on the “traditional” market. Now the store shelves were even emptier! As a result, this July event put many growers, manufacturers and retailers out of business and untold numbers of people out of work, as every one had to cut staff.

Not only that, everyone had to design new labels. Plus pay to put them and the new child-proof tops on the old jars…. And have the whole lot retested. After all the double costs — including double distributor fees — producers were lucky to break even. Trying to come into compliance was proving to be a frustrating, lose-lose proposition. 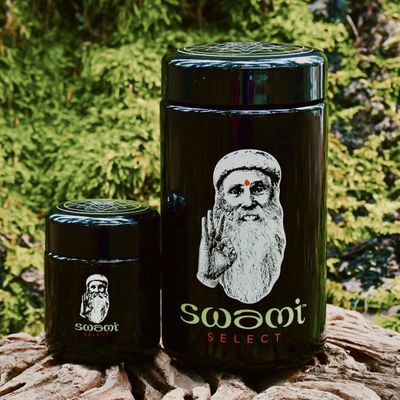 We are about to witness the Third Extinction Event. It remains to be seen how many businesses will go under in this round. New, more stringent and more expensive testing rules are now in effect, which is sure to catch some contaminated products and put some more people out of business. Most of the small-time cannabis entrepreneurs, the people who pioneered this industry, are struggling to survive. One has to wonder if it is planned extinction or a byproduct of poor planning.

The majority of the currently-issued cultivation licenses are still only “Provisional” — that is to say “not Annual.” Most cultivators and manufacturers are still waiting on a secondary permit or clearance from another agency to complete their application. Many farmers still need the California Department of Fish and Wildlife to approve their water source, as well as for the State Water Resource Control Board to issue a Small Irrigation Use Registration permit. How many Provisional cultivation permit holders will be denied a water permit in the end? In addition, the new, new, “final, final,” Permanent Regulations will be published at the end of January, which will surely put more entrepreneurs out of business.

It is becoming increasingly clear that to survive in this business you need to be a corporate giant or have outside investments. It is also clear that the “traditional” black market is not just still around, it’s thriving — prices are back up to over $1000 a pound. The cost and complexity of complying with all the stringent regulations, plus the invasion of government inspectors into the formerly super-secret world of growers, do not exactly encourage the old-time heritage farmers and the back-hills makers of hash, edibles, and ointments to come in from the cold. The same goes for the traditional market retailers and their suppliers. That explains why, after a full year of legalization, there are still low numbers of actual legal cannabis businesses in the state.

Well, what are those numbers? According to the latest report from ABC News:

How does this compare with licenses and sales in the other recreational cannabis states?

[Note: Both Washington and Oregon have such an overproduction problem that the price of cannabis has dropped precipitously — as low as $1 a gram or $450 a pound.]

California’s 40 million people will need at least ten times the number cultivators and retailers as Oregon’s 4 million people need, 5.6 times what Washington needs, or 9 times what Colorado needs. That would mean doubling the number of licensed growers to about 10,000. Obvious question: How will all those farmers be able to survive if there are so few stores? So California would need at least 10 times the number of retailers to handle the volume, or about 6000 stores. The fledgling California market produced revenue of $2.5 billion from just 600 stores. With the same ratios as the other states applied to California, there is the potential for a $20-25 billion market.

Unfortunately, there really are no actual numbers illustrating the scale of the illicit market. To provide some context for the numbers of farmers and retailers, prior to legalization, folklore science estimated there were at least 1000 dispensaries in LA County alone. In 2016, the California Growers Association estimated that there were about 68,000 cannabis cultivators in California; others have put the number at 53,000. Whatever the real numbers then, there are only 4,975 legal growers now. Of course, hundreds have dropped out of the game. But that still leaves tens of thousands of underground cultivators who are happily supplying the tens of thousands of less-than-legal retail outlets and the tens of thousands of consumers who are happy to buy untested and untaxed weed — like they have always done in the past. 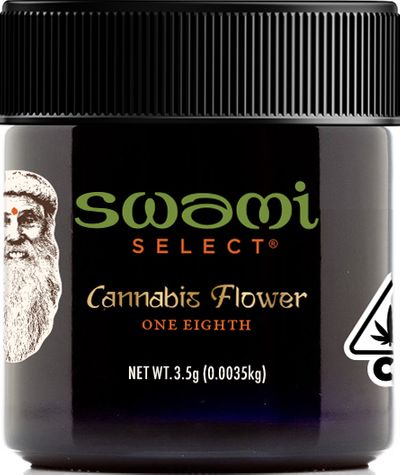 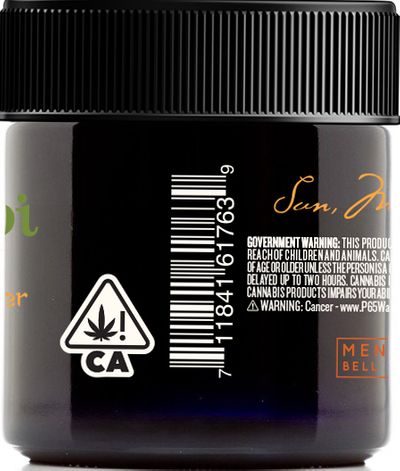 Above, the most recent iteration of Swami Select's packaging and labeling for their flower

It’s a tough market to crack as a legal cannabis farmer. For years, most sales from the farm were purchased in large bulk, meaning an entire harvest could be gone in four or five sales. And the buyer came to you! Now, we’re selling our crops in packages containing one-eighth of an ounce of flowers, compared to loads of 50-pounds-plus. That’s a lot more work. But it is what it is. If you want to stay in the game, that’s how we play it now.

Until there are several thousand retail stores in California, sales will remain a challenge. It is a fine balance that must be found among farmers, manufacturers, and retailers to ensure that all parties will be most successful. As an infant business, legal cannabis is still learning to walk. It is up to us, the pioneers, to help the nascent industry take steps in the right direction — ones that ensure a fair and favorable outcome for all.

LEGALIZATION
CALIFORNIA
FARMING
CULTIVATON
MORE...
Nikki and Swami
FOLLOW
Known as "The Cannabis Couple," Nikki Lastreto and Swami Chaitanya have been proudly promoting cannabis use for decades. As cannabis cultivators in Mendocino County, the heart of the legendary "Emerald Triangle" region, Nikki and Swami are behind the brand Swami Select, producing taste and pure flowers grown in full sun with organic methods, plus that extra little Swami touch.
Share this article with your friends!
AD
By using our site you agree to our use of cookies to deliver a better experience.
Accept
Decline
MORE FROM MERRY JANE