CULTURE
The Best Weed Games to Play When You're Lit AF
AD
Fun and cannabis: name a more iconic duo.
Published on September 26, 2019

Have you ever heard of the flow state? Essentially, it describes an optimal state of consciousness. Many find the flow state to be crucial for creativity, exercise, and more. New York Times bestselling author Steven Kotler has written on and researched the subject extensively, specifically focusing on how cannabis can often trigger or expedite our transition into a flow state.

If you’ve ever experienced time moving oddly — faster or slower than normal — that’s flow. You know, when you’re deep in the groove and fully immersed with whatever you’re focused on. It feels amazing, and one way to embrace the gift of flow is to get your body and/or mind moving after getting stoned. Fortunately there are a number of excellent options that range from variations on drinking games to rather cerebral endeavours that will help you get into it.

As such, here are five of our favorite games to play after passing the pipe around.

Now that we have vaporizers, edibles, balms, and sublingual strips, it’s possible cannabis consumers no longer feel it necessary to have a lighter on their person at all times. Hopefully someone is still holding it down with a Bic, which is the ideal tool for a game that relies on a bit of hand-eye coordination.

Essentially, one player lays a lighter on the top of their outstretched hand and then tries to fling it up and over to the next player. That player must catch it in the same position… or else they have to take another hit. And on it goes!

If the distance between two players isn’t challenging enough, get farther apart from one another until things get really tricky. This activity isn’t one that will likely keep you occupied for hours, but it is a cheap, easy way to add a little energy back into the room after a smoke break. 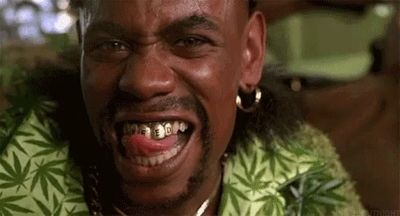 No Smiling: The Game

Sometimes the simplest ideas are the ones that have the best results. The rules here are as obvious as the name implies: every playing gets stoned, then tries to keep a scowl or neutral expression on their face. Last one to successfully avoid smiling wins.

This game is meant to have house rules, be it clarification on what’s allowed in terms of getting others to smile (no physical contact is usually a sturdy baseline) or unique “punishments” for the losers. Those who fall first will inevitably be clamouring for another chance to prove their mettle, so expect to go through several rounds if you decide to play. 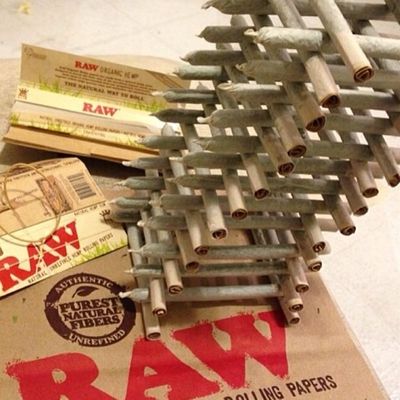 No, you will not find “Weed Jenga” on the shelves next to Monopoly and Scrabble at Target, but if you don’t mind a little DIY finessing on the road to your marijuana merriment, this one is hard (or easy) to topple. Go ahead and get yourself a Jenga set. The regular size is fine but the larger set is best, as you’ll be writing specific rules on the blocks. (Note — the above photo is a very different take on Weed Jenga, to be clear.)

The next step is to grab a Sharpie and write out what one must do if they pull said block from the Jenga structure. Many of us probably recall the drinking variant on this concept — many dive bars like to keep a Jenga set around for a reason. The part where you write your friend’s phone number on a block is not advised, but the rest is pretty much fair game.

Wondering what type of rules to use? Obviously a few should be consumption-related, be it taking a bong rip or having to light a personal joint that you then must keep lit for the rest of the game. Naturally, rules that play off how stoned everyone is make for great fun. A few suggestions: the player has to keep their eyes closed for the rest of the game, the player must do ten push-ups, etc.

Always remember that there’s a happy medium between being incredibly stoned and needing to find the nearest bed. That’s where your ideal game of Weed Jenga resides! 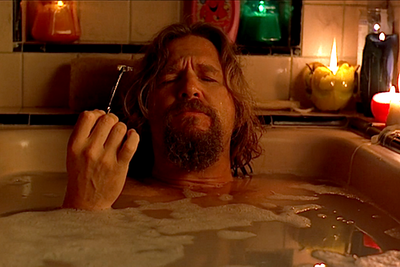 Smoking with the Stars

There’s no real name for this one, but the idea is essentially that you pick a film that prominently features cannabis use, and then commit to taking a hit every time the folks onscreen do the same. A few popular titles that are often employed for this challenge: The Big Lebowski, Harold & Kumar, Smiley Face, and Half Baked.

More seasoned consumers may wish to select an even more frequent trigger. For example, toking each time Jeff Bridges, aka “The Dude,” says “man” in The Big Lebowski. That’s quite a commitment. If you’re not quite there, a spirited round of “Smoking with the Stars” should provide all the entertainment (and THC) you could possibly desire. 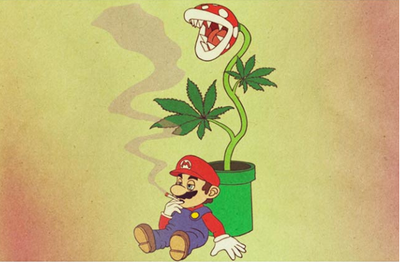 Pick a game that everyone knows — Super Smash Brothers and Mario Kart are both safe bets — and agree that only the winner of each game gets to smoke. Not only will you ensure a competitive level of play, you’ll also have a great chance to dethrone the winners after they take their victory rips.

DIY
HUMOR
VIDEO GAMES
CULTURE
MORE...
Zack Ruskin
FOLLOW
Zack Ruskin is a cannabis and culture journalist living in San Francisco. Follow him on Twitter: @zackruskin.
Share this article with your friends!
AD
By using our site you agree to our use of cookies to deliver a better experience.
Accept
Decline
MORE FROM MERRY JANE