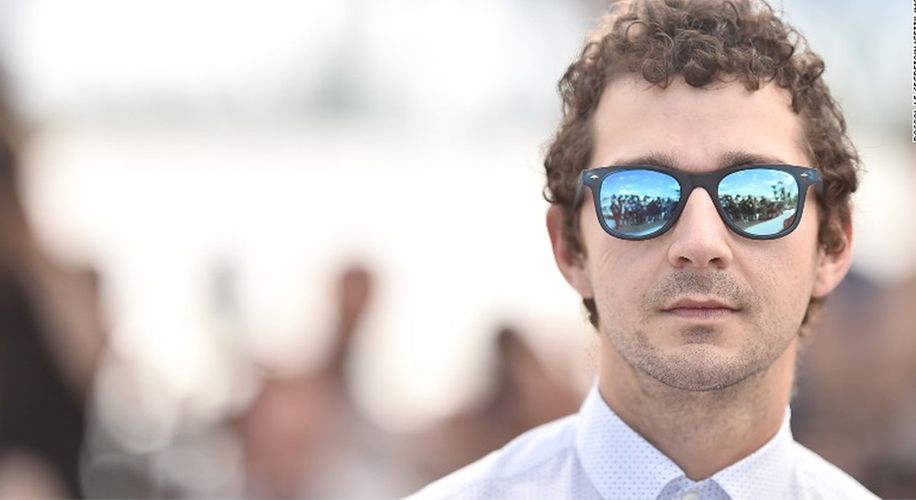 The participatory livestream protest, entitled “He Will Not Divide Us,” went public as soon as Trump became the 45th president of the United States.

The participatory livestream protest, entitled “He Will Not Divide Us,” went public as soon as Trump became the 45th president of the United States.

Donald J. Trump is now the president of the United States. It’s a tough pill to swallow, so tough in fact that many are hitting the streets to voice their opposition of the divisive and controversial president.

While some protestors have taken the direct route of action by gathering in Washington, D.C. and other cities across the country, actor Shia LeBeouf and his collaborators Nastja Säde Rönkkö and Luke Turner have taken a more artistic approach to protesting President Trump on his inauguration day.

Their participatory performance piece, entitled “He Will Not Divide Us,” invites people to recite those very words to a camera, the feed from which is being live streamed on the project’s website. The Museum of the Moving Imagine in New York City will serve as the collective art project’s home, and it will be open to the public 24/7. According to their website, the project will last throughout the next four years, or up until Trump is no longer president.

LeBeouf announced the installation via Twitter around the same time as Trump took the oath of office, and the protest was officially kicked off by actor Jaden Smith, who recited the mantra for over three hours as a crowd slowly gathered around him. The livestream is littered with curious and eager people, most of whom were more than happy to repeat the mantra and stand against the new president.

“Open to all, 24 hours a day, seven days a week, the participatory performance will be live-streamed continuously for four years, or the duration of the presidency. In this way, the mantra "HE WILL NOT DIVIDE US" acts as a show of resistance or insistence, opposition or optimism, guided by the spirit of each individual participant and the community,” the website states.

LeBeouf and his collaborators offer a creatively inclusive way to stand against Trump in a peaceful manner, and give a voice to those who feel lost or threatened by the new president.