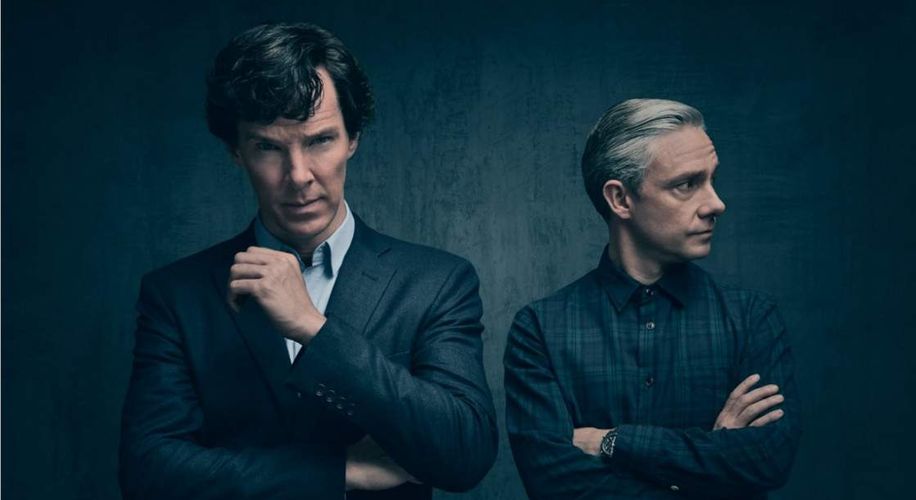 The BBC drama Sherlock will end its years-long absence on Sunday, January 1, 2017, satiating the thirst of millions of fans who have impatiently awaited a new adventure starring their favorite asshole detective. Series 3 ended in 2014, leaving fans a bereft husk of their former selves following it's ending. A glimmer of hope materialized in the formof last year's Sherlock Christmas special, which saw the modern crime-fighting duo restored to Victorian England, but still a year of waiting between that special and this January's announced premiere went by, leaving many in an existential quandary. But no more!

To kick things into high gear, BBC premiered the trailer for the new season of Sherlock in grand fashion. Britons were already reeling from the finale of something called the Great British Bake Off and the credits hadn’t even finished rolling before the audience was served a 90-second trailer for Series 4 of Sherlock, giving the dramedy the Hollywood treatment.

This one-two-punch of bakers and Baker Street proved too much for many viewers, many of whom were filled with a groundswell of Nationalist emotions not felt since Brexit. In an age of bitter division, these two franchises united the kingdom.

The trailer hints at more of what audiences love: Sherlock and Watson will return to battle Moriarty, who seems to have mysteriously returned after the events of Series 3. A new villain played by Toby Jones will be revealed in the second episode, and according to a press release issued earlier this year: “Ghosts of the past are rising in the lives of Sherlock Holmes and John Watson bringing adventure, romance and terror in their wake. This is the story we’ve been telling from the beginning and it’s about to reach its climax.”
Does that mean the series beloved by anglophiles worldwide will finally come to an end?
If it is, the “Cumberbatch Kids” will still be seeing much more of Benedict. One reason for Sherlock’s delay was that Cumberbatch was also filming for his Marvel debut, Doctor Strange, which opens November 4 and will run for just long enough to get us to to the Sherlock premiere. Marvel dropped this promo of the Doctor diagnosing those who fought in the Civil War ahead of its release. Come for the hype, stay for the Star Trek reference.
Sherlock will air on New Year’s Day simultaneously on BBC and PBS.