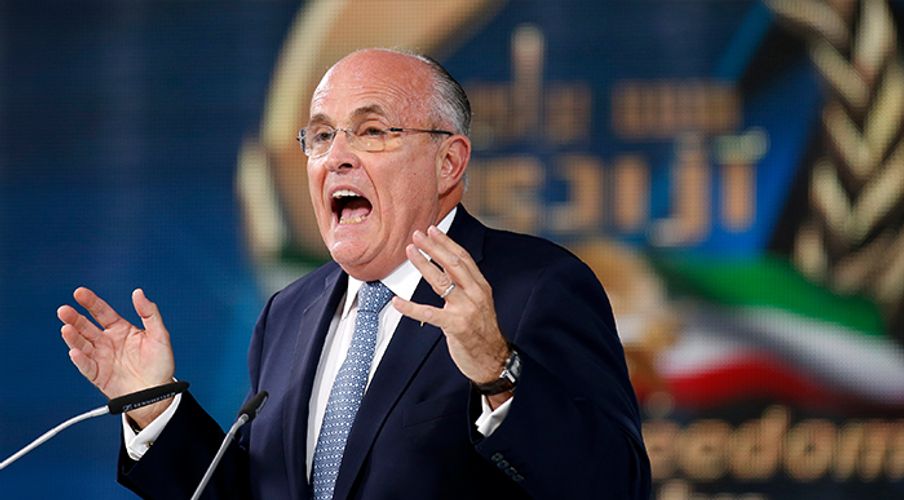 What You Need to Know About Rudy Giuliani and Cybersecurity

Just how qualified is the man advising President Trump on digital safety and cyberattacks?

Just how qualified is the man advising President Trump on digital safety and cyberattacks?

Former mayor of New York City Rudy Giuliani was 62 years old when the iPhone came out. He currently uses a BlackBerry for all of his “cyber” communications on “the World Wide Web.” Cringe. On Jan. 12, it was announced that Giuliani, now 72, will be in charge of Trump’s cybersecurity team.

“We’re so far behind. It’s [Trump’s] belief, which I share, that a lot of the solutions are out there, we’re just not sharing them. It’s like cancer. You know, there’s cancer research going on all over the place—you’d almost wish they’d get together in one room and maybe we’d find a cure,” Giuliani told Fox & Friends. Maybe a programmer can decode what exactly Rudy is talking about here.

Though the former mayor of New York has headed a cybersecurity firm, Giuliani and Partners, for 16 years, it doesn’t mean he’s some kind of tech genius. Giuliani Partners, which was founded when BlackBerrys were actually popular, doesn’t really aim to “solve cybersecurity” as Giuliani has suggested. An anonymous New York executive has experience with the firm described its aim as, “Not to prevent a Target [breach], but how to prevent a Target CEO being fired.” In the wake of Russian hacking allegations, that type of “security” for CEOs and powerful figures during a data breach is a service from which Trump would greatly benefit. Perhaps Giuliani can’t promise data security, but he can guarantee that nobody in the administration will be faulted for it—legally or otherwise—if and when a breach occurs.

It doesn’t help Giuliani’s case that his firm’s own websites were insecure AF before they were taken down earlier this month. Since the Trump team announced Giuliani’s new post, several people in the programming community have described the site as “having a target on its back for hacking.” As a result of running on an antiquated version of the free and open-source content management system Joomla, the site had a documented dozen vulnerabilities. The site’s reliance on Adobe Flash, an outdated SSL certificate, and an ancient version of PHP were among the many red flags of Giuliani’s own website.

Sure, Rude boy probably never managed his company’s website, but his rhetoric in interviews is clear. Giuliani knows very little about computers at all. Based on his description of hacking on various talk shows this month, it’s safe to assume that the former mayor thinks of hackers as basement-dwelling, hooded perverts—stereotypes straight out of a stock photo.

apparently this is what a hacker looks like according to every news site reporting about the #NYSE pic.twitter.com/qpzAOouDa1

Giuliani has yet to form public stances on cybersecurity issues that regularly challenge experts, such as encryption and net neutrality.

Teaching the elderly to communicate via the Internet is great, but having someone as clueless about computers as Rudy Giuliani is be the president’s cybersecurity adviser is just stupid. And before an argument against agism comes up, remember that it’s 2017. Think of all the qualified people who’ve ever worked at Google, in various tech sector positions, or have graduated with PhDs in computer science. We’ve come so far within technology and still, the most qualified person to protect the nation against cyberattacks also happens to be Trump’s old friend Giuliani? I sincerely doubt it. And let’s not forget that his newly appointed position is paid.