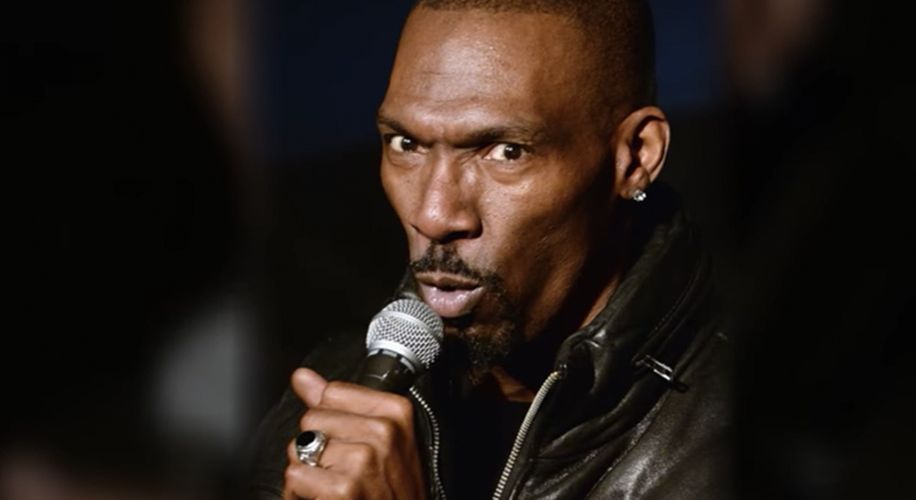 Pothead of the Week: RIP Charlie Murphy, the Best Storyteller Stoners Could Have Ever Asked For

This week’s Pothead of the Week is Charlie Murphy, the comedian, screenwriter, and raconteur who died April 12 at the age of 57 after a long battle with leukemia. While it’s certainly true that all stand-up is bad, Charlie Murphy was great, and spent his life transcending and subverting people’s expectations.

As a guy who very well could have gone down in history as simply nothing more than Eddie Murphy’s older brother, Murphy felt that his career was “not part of human reality,” he once told VICE. He explained, “When I first started doing comedy, I was 42 years old and I was the brother of one of the most celebrated comics in history who made his name in the game 20 years earlier… It’s like, if Michael Jordan all of a sudden had a big brother who plays basketball and he’s good, too. That does not compute for most people.”

Murphy became a national sensation while on the cast of Chappelle’s Show, through the iconic one-two punch of the Charlie Murphy’s True Hollywood Stories sketches, focused on his experiences interacting with Rick James and Prince. When it first debuted, the Rick James sketch became a national sensation, with Murphy dropping as many brilliant turns of phrase in a few short minutes––“habitual line-stepper”; “my man got too familiar”; “one eye was lookin’ at me and the other eye was lookin’ at Rick”; “even when slapping was fashionable... they would have a gunfight after that”––as you might find in a whole Mark Twain book. He told VICE that while the sketch led to people constantly screaming “CHARLIE MURPHY!” at him in Chappelle’s Rick James voice, he was never annoyed by the attention. “I understand the significance of a television set on the human animal,” he explained. “We all spend a lot of time sitting in front of the TV so when we actually see one of the images that comes out of it in real life, it's going to have an effect on us."

While the second edition of Charlie Murphy’s True Hollywood Stories, in which Murphy told the tale of Prince and the Revolution beating him and his friends at basketball and then serving them pancakes, didn’t yield as many catchphrases as the Rick James sketch, is in my opinion even funnier. It captures the essence of Charlie Murphy, a regular guy who constantly found himself in objectively insane situations without batting an eye, taking it all in. The best part about the Prince sketch––besides Murphy’s story about Prince’s reaction to the sketch itself––is that later, it was confirmed to be true.

For more on Murphy, re-visit our past GGN episode on the legend above.

In addition to his work with Chappelle, Murphy appeared in films such as CB4 and shows such as The Boondocks and Black Jesus. He co-wrote the Wes Craven-directed, Eddie Murphy-starring Vampire in Brooklyn, as well as Paper Soldiers, a 2002 crime comedy starring Beanie Sigel and Kevin Hart in his first film role, and Norbit, an Eddie Murphy movie that despite its negative reviews managed to gross nearly $160 million at the box office and snagged an Academy Award nomination.

Where his brother Eddie is famous for being over-the-top in his performances and closed-off in his personal life, Charlie was laid-back and intimate. His meandering yarns, with their unexpected twists, clever neologisms, and off-kilter internal logic––here, he reveals he recently saw a 50 year-old groupie who’d gotten with his brother on the arm of Lil Wayne by offhandedly asking Wayne’s age before revealing why he brought Wayne up in the first place––were perfect stoner fodder, fantastic tales told as if they were simply a natural consequence of life. Perhaps this is because Murphy dabbled in the dark arts of dank himself. “I do smoke weed every now and then,” he once proclaimed in a stand-up set. “Every now and then––like once an hour.”

While you’ve more than certainly seen Murphy’s sketches on Chappelle’s Show, it’s his appearance on Chappelle co-creator Neal Brennan and Moshe Kasher’s The Champs podcast that serves as the perfect distillation of Murphy’s unique gifts. He talks about joining a gang as a teen, only to realize it was an elaborate scheme to help the outfit’s 25-year-old leader scrounge up cash for Thunderbird. He talks about the time he gets arrested for bringing an empty box into a department store for shoplifting purposes. For my money, the funniest bit on the podcast is when he tells the story of his brother Eddie buying the vest that Jimi Hendrix wore at Woodstock with the intention of bringing vests back in style, even though the vest itself had shrunk to an unwearable size. Charlie was sure that even a kid couldn’t fit in it, while a more sycophantic member of Eddie’s clique told him it would look good regardless. “That’s the devil talking to you, man,” Charlie recalls saying.

Fittingly, the most apt tribute to Charlie Murphy following his death came from Brennan himself, who tweeted, “Charlie Murphy changed my life. One of the most original people I’ve ever met.” Those are two of the highest compliments that can be paid to a person, regardless of their body of work. And perhaps, it’s best to leave it at that.