CULTURE
Patients, Medicine, and Science Comprise the Soul of CannMed 2019
AD
CannMed 2019 is among the few cannabis conferences to emphasize patients' medical marijuana needs — and the event is coming to Pasadena, California on September 23rd and 24th.
Published on September 6, 2019

The United States has become a hotbed for groundbreaking cannabis education. As legalization’s taken off like wildfire, conferences intent on satiating the industry’s thirst for knowledge are being held across the country. But with so many different industry meetings to choose from, deciding which one to attend can be overwhelming.

However, not all cannabis conferences are homogeneous. Many gatherings have a strong B2B focus designed to bring companies together while focusing on the science and innovations of the field. But most place the majority of their emphasis on the seed-to-sale aspects of the industry. CannMed, on the other hand, has a broader purpose that keeps patient care in mind — an aspect of the space that’s slowly fading due to corporate money — and instead focuses on having a seed-to-bedside mentality. 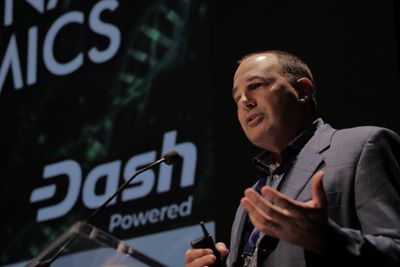 Not Your Average Cannabis Conference

That mindset brings together researchers, physicians, patients, entrepreneurs, and others in a format that fosters education and collaboration in the pursuit of innovation. The four main focus areas of the conference are science, cultivation, lab safety, and medicine, meaning that the event offers valuable information and opportunities to a broad pool of industry folks.

“Anyone who's involved in genetics, analytical chemistry, and the medical application of cannabis can benefit from this event,” said Kevin McKernan, the chief science officer of Medicinal Genomics and founder of CannMed.

McKernan told MERRY JANE that CannMed is also different because companies can’t buy their way into presenting at the event.

"It's not a pay to play conference,” he said in a telephone interview. “It's one where people submit abstracts and an independent committee ends up reviewing those and selecting them for speaking positions or poster presentations."

Elan Sudberg, the CEO of analytical laboratory Alkemist Labs, said that his company will be sending representatives to CannMed, including one who will be moderating a panel at the conference. He also agrees that not all cannabis events share the same ideology.

“There are so many conferences surrounding this quickly growing industry, not all of them are worth the time and money to attend,” said Sudberg in an email to MERRY JANE. “CannMed brings a level of professionality and maturity which is sorely needed. As a testing lab priming to enter the legal cannabis testing market, conferences like CannMed are critical to our path.”

Sudberg noted that he expects the emerging “vape lung” illnesses — and fatalities — will be on the minds of many in attendance. He predicts the controversy could lead to a shakeup of the concentrates sector of the cannabis industry.

“With a barrier of entry so low and the profits high, it’s been my suspicion that the largely unregulated vaping industry will come crashing down once the potential health implications start to pile up,” he said.

“Today, patients have more choices than only illegal drugs or mainstream pharmaceuticals,” he said. “They rely on the potential medicinal properties of cannabis as either an adjunct to or replacement for traditional western medicine's solutions. Conferences like CannMed help to unlock those plant secrets and bring them one step closer to the medicine cabinet of the future.” 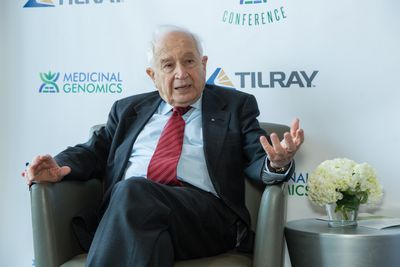 'Father of Cannabis Research’ to Speak at CannMed

A highlight of this year’s CannMed conference is sure to be a presentation by Dr. Raphael Mechoulam, a professor of medicinal chemistry at the Hebrew University of Jerusalem and the head of research at EPM, a US developer of cannabinoids. Considered the “father of cannabis research,” Mechoulam discovered the human endocannabinoid system in the 1960s and has continued to study it and complementary phytocannabinoids for more than 60 years. He will deliver a keynote address at CannMed, which this year will feature more than 50 speakers and presentations.

"As always, we are honored to have Professor Mechoulam with us, but particularly so this year. Ever since helping us create CannMed and as a member of our Advisory Board, he has been generous with his time and his invaluable insights,” said Brendan McKernan, the CEO of Medicinal Genomics, a leader in cannabis safety testing, cannabis genetics, and point-of-grow testing solutions in a press release. “And he is one of the reasons so many of the greatest minds in cannabis choose to share their work at CannMed. This is exactly the conference's reason for being."

During his presentation at CannMed, Mechoulam is expected to reveal the science and chemistry behind his latest innovation, a new family of stable cannabinoid acid molecules that may offer promising therapeutic effects and higher potency than existing cannabinoids.

"Every year for the past four years, we have looked forward to advancing our understanding of what cannabis is capable of,” added Brendan McKernan, who is Kevin’s brother. “This year, we expect to make a quantum leap in that understanding."

Gallery — Your Botanical Guide to the Parts of the Cannabis Plant

“The true natural compounds from the plant are cannabinoids acids, for example, THC acid [THC-A] and cannabidiol acid [CBD-A],” Mechoulam said. “Even though we synthesized them in the lab many years ago, we never tested them because these compounds are not stable. The acids break down easily and so only minor studies were made.”

But with a stable form of these cannabinoid acids, researchers will be able to pursue the potential therapeutic effects of these distinct molecules.

“In the last years, we started thinking that maybe these acids are important, so we were able to stabilize, analyze, and identify the activity of these compounds,” Mechoulam said. “We found out that cannabidiol acid is more potent than cannabidiol itself. The chances are that slowly and to a certain extent, cannabidiol acid will prove to be parallel to cannabidiol oil in its activity because in many aspects, it’s much more active.”

Other topics on the docket for discussion at CannMed 2019 will include the synthesis of cannabinoids with yeasts and using genomics and breeding to increase cannabis cultivation yields, among others.

The conference will be held on September 23rd and 24th at the Pasadena Convention Center, and is presented by Medicinal Genomics in partnership with EPM. You can buy tickets for this month's event at  here. And you can use "MERRYJANEsave15" to get 15 percent off your purchase.

MEDICINE
RESEARCH
SCIENCE
EVENT
MORE...
IN THIS STORY
CBD
Click to shop at our CBD store
A.J. Herrington
FOLLOW
A.J. Herrington is a freelance writer focusing on cannabis news, business, and culture and has written for publications including High Times, Sensi, and HEMP. When he's not banging away at the keyboard, you'll probably find him tending to his plants in the garden.
Share this article with your friends!
AD
By using our site you agree to our use of cookies to deliver a better experience.
Accept
Decline
MORE FROM MERRY JANE