CULTURE
Julian Marley Opens Up About a Family Loss and His Ongoing Cannabis Activism
AD
The son of Bob Marley and Lucy Pounder is back on tour after a devastating family tragedy. Here, he discusses Rastafarianism, bringing love to the masses, and the powers of cannabis.
Published on August 13, 2019

Born in London 44 years ago, Grammy-nominated singer-songwriter and multi-instrumentalist Julian Ricardo Marley is known as a devout Rastafari, true humanitarian, dedicated father, and son to Bob Marley and Lucy Pounder. His strength as an artist relates to an ability to bring love, compassion, and awareness to the masses.

Inspired by pioneering reggae musicians like Toots and the Maytals, Peter Tosh, and King Tubby, Julian has embraced the genre and made it his own by incorporating a myriad of styles. In other words, Julian creates music that accommodates the modern day listener while staying true to his familial and reggae lineage.

Raised as a Rastafarian, Julian Marley has a holistic perspective on cannabis, viewing the plant as one of Jah’s greatest gifts. In line with his deep-rooted spirituality, Julian has a globally recognized brand of CBD and cannabis products called JUJU Royal – Ultra Premium, including selectively-cultivated strains derived from ethical sources.

MERRY JANE had the chance to speak with Julian about his upcoming As I Am tour, kicking off August 16 on the West Coast. The album, produced by Julian along with brothers Stephen and Damian Marley, is his first since the Grammy-nominated LP Awake was released in 2009. On top of waxing poetic about the new record, Marley briefly discussed a recent tragedy in the family, as well as how cannabis can help those suffering. 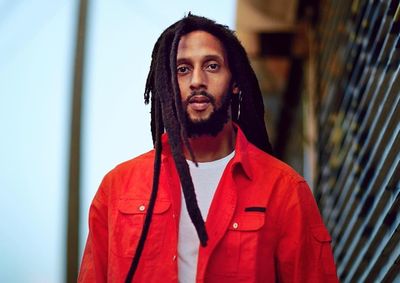 MERRY JANE: It’s been ten years since your last album release. What did it take to begin producing music again, and what inspiration is behind As I Am?

Julian Marley: The inspiration for the music always comes from Jah, love, and inspiration from the musical styles like jazz, blues, and funk. I started recording the album in Jamaica two and a half years ago, and finished it between Miami and the UK. The name of the album came from, well, I don’t know how to describe it, so it just is... as I am. And the music that we play represents uplifting the people, healthy living, Jah, spirituality, and the herb. For me, reggae represents wellness, organic foods, purity, and healing. Our people have been advocating this message for over 60 years through reggae music.

Your new single “Broken Sail,” alongside its video, has garnered acclaim as your best self-written song on the album. Can you tell me a little bit more about the track and its meaning for you?

Well, I feel like the world is in a bad state right now, as to the social issues we face in the world. Sometimes, the world feels like a boat with a broken sail on a stormy day, many miles away from shore. Can you imagine that?

Your album was released in January 2019, but you postponed some parts of the tour due to family illness. What happened?

This year has been very hard for me. I don’t want to go too deep into anything, but a couple of months ago, I suffered the loss of a young family member to cancer. Forty years ago was the last time we experienced this, and that was my father. [Editor’s Note: Bob Marley died in 1981 from acral lentiginous melanoma, a form of skin cancer.]

Going through this was very hard. The experience has left me fully motivated and inspired, and now I must educate others, be with the fans, and be a humanitarian artist that is fully awake. So, now is the time to be with the music, and feed the people with the Rastafari message of unity and love. There is an urgency to come together now.

It’s not about me; it's not a selfish music. It’s a giving music. Right now there is a missing consciousness in the world, and we are trying to bring this awareness. Awareness that life is very important, and love is very important. There is a “system” out there with two parts. The good finds cures, helps people, and does great for humanity, and the bad spends money on bombs, guns, false cures, and vanity that destroys the earth.

We see a lot of moral chaos on Earth — more than ever before. Being a spiritual person, it shows me that we are living in Revelation-Armageddon times. So, this is the message the Rastas bring. The great reggae artists before us had the same message, but we find a different way to say it now. New generations are born and they need the message, too. My music is especially geared for social awareness and aims to bring the people together. 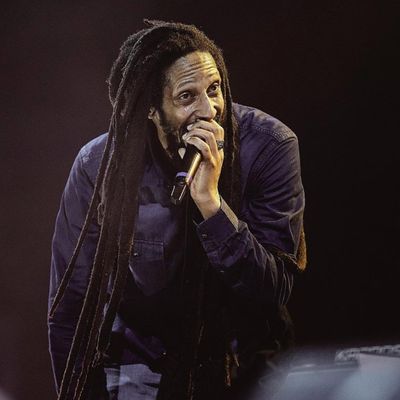 How does this “system” you describe challenge or test humanity?

The system is dread. The system is a bloodsucker. We spend billions to kill, and hardly anything to secure life, or even find cures. That's wrong. These are the things I was fighting against, and still fight against.

Spend your money on research and health, instead of destruction. This is the time for awareness. Medical cannabis is one of the best blessings we have received on this Earth. Millions of people suffer, and don't know their rights, or do not speak up for their rights. It is wise to educate yourself, or you will suffer.

So, I take it then, you had a difficult time trying to access medical cannabis therapy for your sick family member?

We didn’t get much advice from the conventional medical standpoint. We searched everywhere. Eventually, we found some education and hope in marijuana, but it was too late. There is not enough funding and support from those who should be supporting it. It is a disgrace that we can not research nature and help ourselves. That is what we need to be looking at, and not synthetic chemicals.

It seems to me like you are continuing with the same work that your father was driven by and advocated for. I know that your lost loved ones would be extremely proud of you. What comes next for you?

Keep touring, travel the world with this message we have, and empower the fight to stop building more guns and bombs. Instead, people should spend that money to fund and find a natural cure for cancer. I want people to love more and live naturally. So, free the herb! People need to understand that this is a spiritual plant, and it is my lifelong mission to share healing with the people. We need more research on children with cancer, and we must empower and educate the people to know their rights. I want the people to become consciously aware and awake to what is really happening now.

Lastly, is there anything that you want to say to your fans right now?

What my forefathers have been saying since the ‘60s: “The herb is the healing of a nation.” And much love to the fans... I hope to see you at the shows! Come experience the music and this movement with us — the people need healing. It's been 40 years since our family has experienced a loss like this, and it has changed my life. So we are inviting you to come, to make the people aware with us, and spread this message of love and compassion to the world.

Tracy Ryan, founder of CannaKids, is one of the top advocates of cannabis research initiatives for children, and this is her statement on the matter:

“The use of medical cannabis for pediatric cancer is one I have been forced to become well versed in after my own daughter was diagnosed over six years ago at the age of 8 1/2 months old with a low-grade brain tumor that she is still battling to this day. What we are discovering in our current research in our pediatric patients is groundbreaking and jaw dropping. We are seeing an incredible immunological response after cannabis is added to their protocol.

Washington State has done away with medicinal doses, limiting all products to recreational cannabis guidelines, and has left thousands of its citizens desperate as “medical refugees.” Oregon is almost there, and California is currently over-funding law enforcement agencies to shut down facilities, often without due cause or proper investigative initiatives. The bottom line is this: The people that are currently dying and suffering around the world are begging for a cure. We’ve had it since the beginning of time, though: the healing plant that has evolved with it’s own receiving system in our bodies. The Rastafarian culture has taught us these lessons, and they’ve been able to keep their belief system intact throughout their history, to this very day, despite the War on Drugs that has oppressed most.

If the Marley family can’t get cannabis therapy treatment for a dying child in need, then what does that mean for the rest of us?

Some legends are born as such, some are self-made, and some are both. Those that are given both are also given no other choice but to rise up and become a leader in their own right. We can no longer shut out the suffering of humanity. We must push through the pain on this journey with love and unity in order to experience the positive changes we wish to see. The entire jungle sits silently in awe when the lion roars, so will we listen too? He roars from the west, he is telling us it’s time to wake up, and unite in the world today. Remember... redemption is waiting for us.

While at Julian's site, you can join him on his fight against cancer by donating to the non-profit research organization Saving Sophie through the CannaKids portal located at the bottom of the page.

INTERVIEW
CELEBRITIES
CANCER
ARTIST INTERVIEW
MORE...
IN THIS STORY
CBD
Click to shop at our CBD store
Cleopatra Cohen
FOLLOW
Cleopatra Cohen’s mission is to heal the damage done by the War on Drugs via several multimedia platforms. She specializes in entertainment journalism and writing for the cannabis industry in a way that makes a deep impact on society.
Share this article with your friends!
AD
By using our site you agree to our use of cookies to deliver a better experience.
Accept
Decline
MORE FROM MERRY JANE