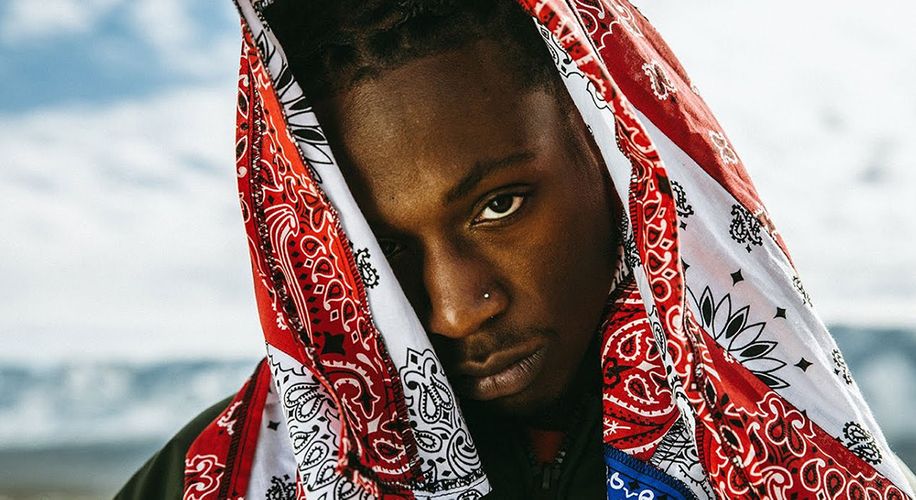 The Brooklyn young gun has revealed the political motivation behind his upcoming album, taking on everything from President Trump to mass incarceration.

The Brooklyn young gun has revealed the political motivation behind his upcoming album, taking on everything from President Trump to mass incarceration.

When Brooklyn rapper Joey Badass first broke on the scene with his mixtape 1999, he was instantly revered for reviving golden era hip-hop in New York City.

Now, five years later, the vigilant emcee is taking aim at every aspect of the political machine and social oppression in his upcoming album All-Amerikkkan Badass.

In a recent interview with CNN, the 22-year-old rapper explained the motivation behind his highly anticipated project.

"People have to realize and wake up and notice that the country is not here to benefit everyone that's living in it," the Joey Badass told CNN. "(Trump) revealed that (racism) is still alive and well -- that there's still bigots out there. He exposed the bigotry that still exists in this country even after a black president.”

But even prior to his discussion with the major news network, his political cynicism shone through in his recently released single “Land of the Free,” an intense offering in which he scrutinizes the seething racism in America and how it led to the rise of Donald Trump. Backed by a snazzy Kirk Knight beat, Joey also touches on white nationalism, mass incarceration, and police brutality.

In his CNN interview, the Brooklyn-bred rapper also expressed his support for NFL quarterback Colin Kaepernick, who was highly criticized for refusing to stand for the national anthem throughout the last football season. While Joey is clearly not a fan of President Trump, he noted that there’s a silver lining to his unruly rise: an increase in uplifting and socially conscious music.

He continued about how he felt inspired to speak out against Trump and bigotry due to his role as a rising young black artist. The quick-spitter also expressed gratitude for being able to live through Barack Obama’s presidency, and touched on the racism that even the former Commander-in-Chief had to constantly deal with.

Ironically enough, TMZ just reported that Joey Badass is currently being sued by a Donald Trump impersonator named Phillip Wilburn, who claims the rapper shoved him off stage at an MTV event in L.A. event back in September. The Trump impersonator is aiming to take the rapper to court for $1.5 million.

All-Amerikkkan Badass is due out April 7, and will include features from the likes of J. Cole and Styles P, and judging by “Land of the Free” and his candid interview with CNN, fans can expect a more mature and socially conscious Joey Badass to grace the track with his vintage flow.