CULTURE
How to Spot Fake Stiiizy Vape Pen Pods
AD
Stiiizy makes awesome vape pen pods, but bad actors are selling knock-off versions. Given the dangers with untested vaping cartridges, how can you tell if your Stiiizy pods are the real deal?
Published on September 23, 2019

So, how can you tell if you’ve got a tried-and-true Stiiizy pod? Here are a few of the tell-tale signs. 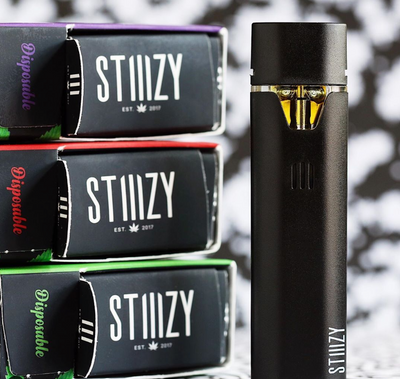 Check for Correct Spelling on the Packaging

The easiest way to spot a fake Stiiizy pen pod is to carefully look at the words printed on the package. You’ll want to pay careful attention to the brand name, Stiiizy. If there’s a typo, it’s not a real Stiiizy. For example, if there are one, two, or more than three “i”s in the name “Stiiizy,” it ain’t the real McCoy. 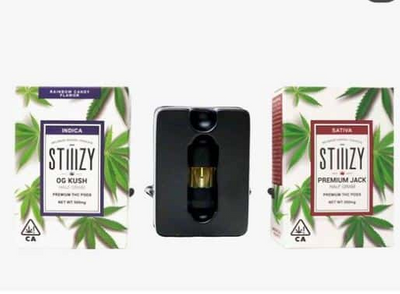 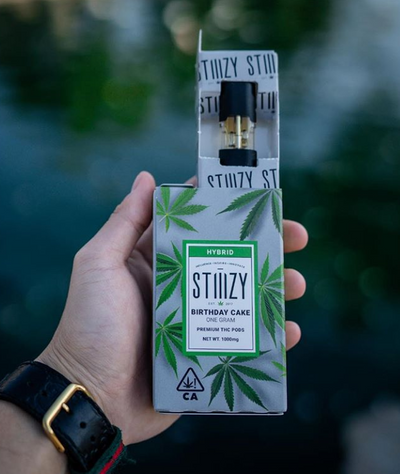 New and real Stiiizy products only come with a white plastic insert.

Stiiizy prides itself on its high-quality vape pods, which only contains oils, cannabinoids, and terpenes extracted directly from cannabis. To check the pod’s oil consistency without breaking it open, you can conduct a bubble test at home. Simply flip the cart upside down, and observe how quickly the air bubble floats to the top. If you’ve performed this test with real Stiiizy pods in the past, you’ll have a good idea how long that bubble should take to rise. In thinner, lower-quality oil — in other words, the fake stuff — the air bubble quickly rises to the top. If the oil is thin, you’ve got a knockoff on your hands.

However, some illicit operators may add thickening agents like vitamin E acetate to the oil, so the bubble test is not a guaranteed method for recognizing a fake cart.

If you already know what the THC value should be for your pod’s weed strain, you can compare that value to what’s listed on the package. If the numbers don’t match up, you’ve probably got a knockoff. Fortunately, you can contact Stiiizy’s customer reps to verify the THC percentage for any given pod, and they’re more than happy to help you suss out the fakes.

Why Should I Care if My Stiiizy Pod is Fake?

Two words: quality and safety. Most illicit marketeers that make fake Stiiizy pods are giving you a much lower quality product, and often these fake pods are cut with filler oils like polyethylene glycol (a component of cooking oil) or vitamin E acetate. Overconsumption of polyethylene glycol can trigger a form of pneumonia in susceptible people, and vitamin E acetate is currently being investigated by the CDC as a cause of the lethal lung illness related to vaping illicit products.

Additionally, fake Stiiizy pods likely have less THC than the packages indicate, and rip-off products can also contain contaminants like pesticides and heavy metals, which can cause some really unpleasant side effects.

If you plan on purchasing your Stiiizy pen pods online, get familiar with some of the companies that are known for selling fake Stiiizy products:

For example, here’s a photo of Shenzhen NewVaping’s Stiiizy knockoff, and it’s hard to tell it’s a fake: Fake Stiiizy pods are everywhere. Check the packaging, oil quality, and THC values to make sure they are the real deal. Better yet, purchase your Stiiizy pen pods from an authorized dealer (like a caregiver!) or legal dispensary. Otherwise, you risk ingesting some product that’s either unbelievably shitty or lethally dangerous to your health.

420
VAPING
FAKE WEED
SEO
MORE...
MERRY JANE Staff
FOLLOW
MERRY JANE is based in Los Angeles, California and is dedicated to elevating the discussion around cannabis culture.
Share this article with your friends!
AD
By using our site you agree to our use of cookies to deliver a better experience.
Accept
Decline
MORE FROM MERRY JANE