CULTURE
How Long Does Weed Stay in Your Blood?
AD
What makes blood tests different from urine tests, and how long after smoking can THC be detected in your blood?
Published on September 5, 2019

Let’s cut to the chase: the question of how long weed stays in one’s bloodstream does not have a satisfactory answer.

Part of the reason for this lack of information is how little research has been done on the subject. That does tend to happen when a medically-beneficial substance like cannabis is rendered illegal for most of the 20th century. In the past few years, as laws have evolved and federally-approved research (both in the US and internationally) has begun to expand, we may finally soon have some empirical data to work with. Until that day arrives, here’s a summary of the best information we have for now. 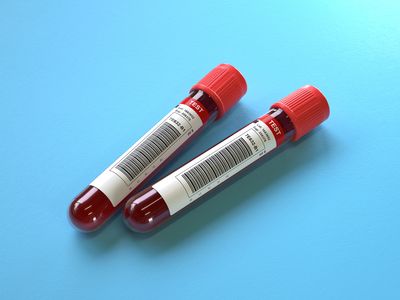 While it’s still quite difficult to say with certainty the precise length of time THC remains in our blood, we are able to differentiate the effects from various forms of cannabis.

For instance, consuming edibles packed with a high percentage of THC will likely ensure that trace amounts of cannabis remain in your blood for longer, given the edible is broken down by the digestive system before entering our bloodstream. Compare that with a vaporizer, which offers a much faster form of delivery. Someone who took one vape hit and was tested right after could register the same as someone who ate an entire edible but was tested two hours later.

Blood and urine tests for weed both detect THC and its metabolites. But their windows for detection vary due to the tests’ fluid sources. Blood screens can detect THC much earlier than urine screens because THC, when inhaled, immediately enters the bloodstream. In fact, the highest levels of THC will be detected shortly after inhalation and up to an hour or two afterward. Both blood and urine tests can detect THC up to a month after the last puff in frequent users. One 2009 study found that blood tests still found THC in frequent tokers one week after they last smoked, and for whatever reason, women in the study produced positive screenings at higher rates than men, even though both men and women reported similar usage rates and stopped smoking for the study at the same time.

William Breathes, a former pot critic at Denver’s indy newspaper, Westword, showed this detection-window disparity when he set out to convince Colorado’s lawmakers that blood testing for stoned drivers was an unreliable way to measure intoxication. After he abstained from smoking weed for fifteen hours and got a night’s sleep (in other words, he was no longer high), he tested over nearly three times the state’s legal blood-THC limit, which would have qualified him for a DUI charge had he been administered the test after getting pulled over by a cop.

These variances have led to a flurry of innovations advertising themselves as the first truly reliable test for THC — with many designed specifically for use by law enforcement to prove inebriated driving. The issue, of course, is that a one-size-fits-all concept does not work when it comes to cannabis. The ideal test — which would somehow be able to account for a given individual’s tolerance and form of consumption — does not yet exist. 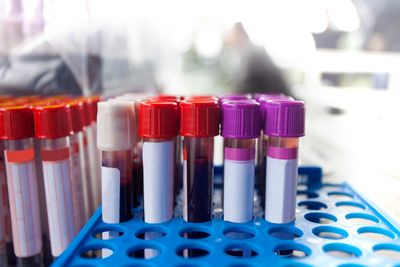 What Tests Are Currently Used to Find THC in Blood?

Blood tests for THC are conducted by looking at molecules of fat reserves. Given THC is lipid-soluble — aka molecules that dissolve in a certain solution, in this case blood — it tends to stay in our bodies for a lot longer than other recreational substances for which one might be tested. Studies over the decades have put the range of detectability between 25 and 50 days. That’s an enormous margin when one remembers that a water-soluble substance like cocaine is typically flushed from one’s system in 48 hours.

Of course, if current efforts to stop employers from testing for cannabis were to succeed, we’d no longer have to compare a plant that helps children with cancer to street drugs. While various efforts on that front remain ongoing, 30 days (the span suggested by a 2005 review) is often accepted as a solid ballpark for how long weed will stay in your blood. 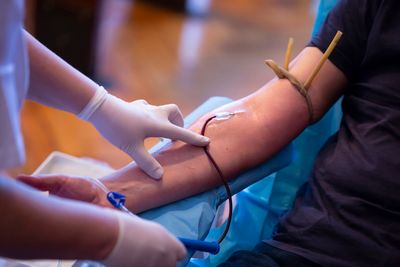 Other Types of Testing

You’ve likely also heard of hair testing, which can detect cannabis for as long as 90 days following consumption. Inevitably, other forms of testing — including new takes on the aforementioned “cannabis breathalyzer” craze — will soon arrive.

The issue of driving under the influence of cannabis is one that we’ll be continuing to grapple with for some time, but the idea that consuming a plant approved by the majority of the US public is valid grounds for termination or denial of employment seems to be as archaic and inaccurate as the testing itself.

EDUCATION
CULTURE
EMPLOYMENT
BLOOD
MORE...
Zack Ruskin
FOLLOW
Zack Ruskin is a cannabis and culture journalist living in San Francisco. Follow him on Twitter: @zackruskin.
Share this article with your friends!
AD
By using our site you agree to our use of cookies to deliver a better experience.
Accept
Decline
MORE FROM MERRY JANE