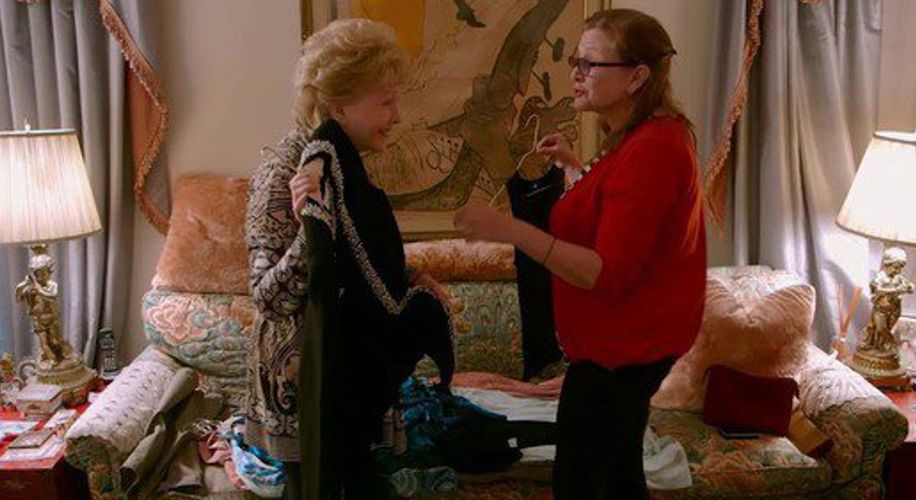 2016 was a pretty terrible year. From horrifyingly high-profile terrorist attacks to the election of a certain orange-hued individual as the new American president, we're sincerely hoping that 2017 won’t suck nearly as much. Last year also saw the passing of a multitude of beloved celebrities, and the latest ones to join the list were Carrie Fisher and her mother Debbie Reynolds (of Singin’ in the Rain fame). Losing two film icons in the span of two days was brutal, but the news was even more heartbreaking due to how close they were.

Luckily, HBO has produced a documentary, Bright Lights, about the mother and daughter’s relationship. While it was originally slated to release in March, their deaths led the channel to reschedule it to show in January. While this is probably (thinking cynically) a business decision, we’re happy to get a chance to witness the strong bond between the two actresses (who lived next door to each other) sooner than expected.

Todd Fisher (Carrie’s brother) only gave a short statement about the death of his mother, saying simply, “She wanted to be with Carrie.” The documentary will give us a rare look at the relationship between the mother and daughter, and filmmakers Alexis Bloom and Fisher Stevens told People, “We started out making a film about Hollywood royalty, and we ended up making a film about love”.

Thankfully, apart from “In Memoriam” at the beginning of the trailer, it looks like Bright Lights was left unaltered and was not recut to make it more “powerful” following the passing of Carrie and Debbie. Instead, we’ll hopefully get to see the documentary as it was intended to be seen. Of course, we’ll have the knowledge of their recent deaths as we watch it, which will make it virtually impossible not to shed at least a few tears when Fisher says, “I’m my mom’s best friend.”

Carrie Fisher’s death has some financial repurcussions in Hollywood, especially for Star Wars producers. Even though filming for Episode 8 is complete, Carrie apparently had a major role in Episode 9. While Disney had taken out a $50 million insurance on Fisher, they’ll still have to figure out a way to write her out of the upcoming film.

These are problems we’re sure to hear about in the coming year, but for now let’s take a moment and celebrate the lives of two great actresses. If you feel up to it, you can tune in to HBO on Saturday (tomorrow!) January 7 at 8pm and do just that by watching Bright Lights.