If you’ve been reading MERRY JANE every day like a responsible citizen of the cannabis community, then you know that the term “marijuana” is contentious in the U.S., and that the highest THC percentage does not necessarily equal the strongest effect. And maybe you’ve read that microdosing can be a therapeutic avenue, as touted by the founder of LSD, the late Albert Hofman. But, did you know there’s a legendary Taoist Hemp Maiden named Magu? You didn’t, did you? Your mind is now blown? We thought so. And your weed-blowing friends’ minds will be blown as well when you drop these historical cannabis facts on them. Read on, young grasshopper. 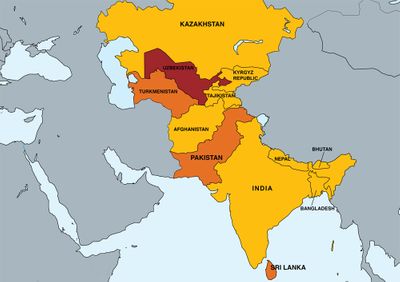 Most researchers agree that cannabis came from Central and South Asia and believe humans have utilized the plant for at least 10,000 years, since more primitive forms of agriculture began in the region. It wasn’t until the 20th century that cannabis became widely criminalized.

The Chinese character for hemp (麻 or má) is drawn depicting two plants hanging in a shed, likely for drying. The oldest known instance of the character dates back to roughly 200 BC. “Magu,” the combination of hemp (má) and the chinese character for aunt or maid (gū), literally translating to “Hemp Maiden,” is the name of a legendary Taoist immortal associated with the elixir of life, and a symbolic protector of females in Chinese mythology. Magu is known as the Goddess of Longevity, and by some scholars as the Goddess of Hemp. 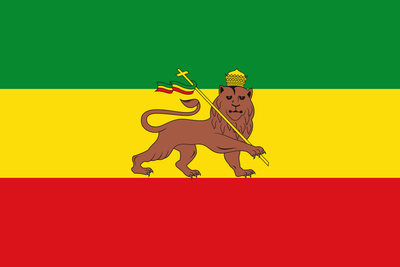 The Rastafari religion developed in Jamaica in the 1930s, although many prefer it known as a spiritual mindset or philosophy. A common misconception is that Rastafari philosophy is based around the excessive consumption of cannabis. This was propelled in the late 1970s and early 1980s by a series of 60 Minutes newscasts about the illegality of cannabis cultivation and use by Rastafari in Jamaica. Rastafari point out that the Tree of Life in the Bible is actually the cannabis plant while several passages in the Bible lay the bedrock for its sacred use, including “The leaves of the tree were for the healing of the nations,” from Revelation 22:2. A main facet of Rastafari philosophy is consciousness combined with nature and honoring Africa as a spiritual homeland, especially as a rebuke to slavery and the misappropriation of ancient African history by the spread of European colonialism, or “Babylon.” Rastafari refer to cannabis as “the wisdom weed” and “holy herb” and it’s commonly used in regular communal gatherings known as “reasoning sessions,” often accompanied by African Nyabinghi drumming, prayer, and singing. Rastas believe cannabis is like all other sacred herbs, it grows in the wild and its conscientious use is a natural right.

Cannabis was added to the U.S. pharmacopeia (USP) in 1851, which has been used since the 1820s to identify and standardize prescription and over-the-counter drugs for medical use. Back then, the USP was comprised almost entirely of botanical drugs. From 1850 to 1937, “Extractum Cannabis,” or hemp extract, was used for a wide range of outcomes, including exhilaration, aphrodisia, sleep, increasing appetite, and to relieve pain, spasms, and constipation. It was removed from the book in 1942, but reemerged in later years in fractionated pharmaceutical medications. Modern examples are Marinol and Cesamet. Cannabis sativa is in some of the oldest Chinese pharmacopoeia known circa 100 CE. Other ancient Chinese texts claimed that consuming a combination of hemp seed and ginseng could provoke “a preternatural knowledge of future events.” 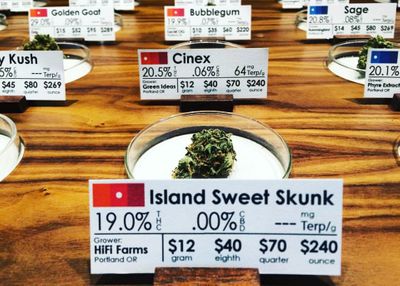 Sixty-eight percent of Americans now live in states with reformed cannabis laws. Over half the states, D.C., Puerto Rico, and Guam have initiated a form of medical or recreational cannabis programs. Sixteen additional states now have cannabis reform laws pending with initiatives in 11 of those states plus D.C. to regulate a retail cannabis market. That’s 44 of 50 states pushing the U.S. cannabis reform movement. Meanwhile, in Alaska, cannabis has been legal to possess in small amounts for personal home use since 1975.

AGRICULTURE
BUSINESS
MEDICINE
LEGALIZATION
MORE...
Zoe Wilder
FOLLOW
Zoe Wilder is a media relations professional and business consultant orbiting cannabis, tech, wellness, music, art, wine and spirits. For 17 years, Zoe has worked with hundreds of clients across a variety of industries to develop and execute inventive promotional content and campaigns that capture the attention of tastemakers and influencers from around the globe.
Share this article with your friends!
AD
By using our site you agree to our use of cookies to deliver a better experience.
Accept
Decline
MORE FROM MERRY JANE