It’s 1 AM, I’m stoned at The Comedy Store in Los Angeles, smoking weed with my friends on a Monday. This is nothing unusual. Suddenly, I start to think about how funny it would be if someone downloaded a white noise app that played the sound of parents fighting. I quickly write it down and revisit it the next day while sober. After my altered state of consciousness dissipated, the joke remained, only to become one of my best jokes. The full joke is, ‘I found a cure to my insomnia recently, I downloaded a white noise app that plays the sound of parents fighting.’ I truly believe that cannabis helped me unlock this golden thought-nugget.

When you are a comedian, the writing process can be tedious and relentless. You carefully choose the right words in order for a joke to work, and you have to constantly generate new material for the stage, the writer’s room, or your new special. You have to be open to allowing the creativity to flow in, and sometimes cannabis makes that process easier. To prove my point, I talked to some comedian friends who inspire me, and asked about the best jokes they’ve written while stoned. 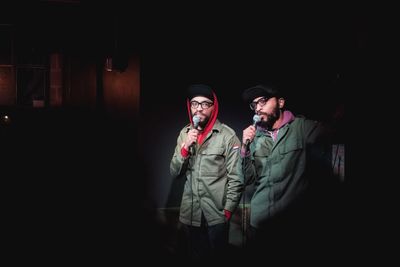 The Lucas Brothers (the identical twin stand-ups, known for On Drugs, Lucas Bros Moving Co., and The Tonight Show) said “we’re pretty certain we were stoned while we were constructing most of our material. The good, the bad, the ugly. We’ve never really judged the quality of our jokes. We suppose the Space Jam bit is one of our more abstract ones. We don't think it's our best joke, but we were certainly stoned while writing it. Some of the new stuff is pretty abstract, too.”

The brothers got candid as they explained the benefits of smoking before writing jokes. “Our cartoon show [Lucas Bros Moving Co.] was really absurdist, and we were incredibly stoned while writing it. We’re not sure we write our best jokes while stoned, but we enjoy the process much more. We’re less rigid writers. We think more abstractly. We care less, which is tough to do when you're already apathetic about most things. Writing is tough, but should be enjoyable. You are probing the inner workings of your mind and turning it into something. It's a fascinating process and we believe cannabis allows us to connect to our thoughts on a deeper level. That doesn't make much sense, but think of thinking about thinking... the more abstract you go, the better the writing can become. Cannabis facilitates the process better than any other substance we depend on to cope with existence.”

“Getting through anything other than a meatball sandwich is a success for me whenever I’m high,” she said. “However I think my favorite joke was written after I smoked a bit of the jazz cabbage and watched Planet Earth. It was a bird episode featuring all kinds of birds. Pelicans, Peacocks (which are only male birds), Puffins. You wanna lose your mind? Google ‘Golden Pheasant.’ GLORIOUS creature. Anywho, to my female shock, the most colorful and ornate birds were males. Showing off their feathers to the females AND…AND…DANCING, mind you! WTF?!”

She continued. “It made me realize how female women out here doin’ WAY too much!  We’re out here in heels, push-up bras, and 37 pounds of makeup shellacked on our face out here trynna not die alone. Meanwhile, these female birds chillin’ up in a branch in sweatpants waiting on a show by Robert the Peacock. So my advice to all women: Chill, sis. Let him put on an outfit and dance for you.” 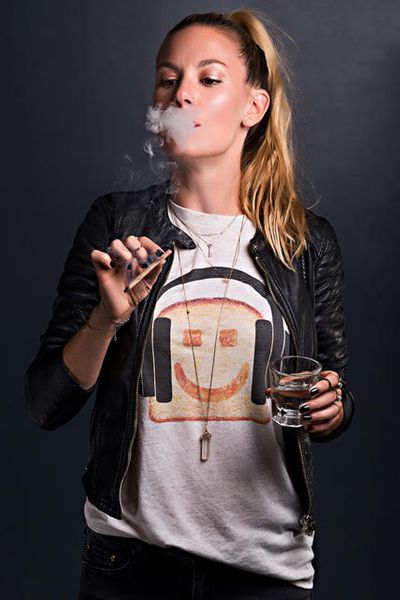 I asked Peluso to elaborate on how cannabis aids in her writing process. “Good cannabis frees me of doubt, worry, insecurity, stress, and allows me creativity, positivity and a zest for life up in my Chi. It spring cleans out my soul, leaving space for openness and love. Life can be so tedious and heartbreaking for everyone. And sometimes we need a little help to get through our difficult days, a little push to be able to continue on.”

We talked about how weed can even be a panacea for the toils of labor, broadly. “Most of us can’t afford to take a day off of work. While I love what I do, it is still work. So I feel grateful to Mother Nature for providing me with a little [weed] to give me the creative fuel I need to be able to become inspired enough to make my comedy and art for people to enjoy.”

“I watched Free Willy when I was really stoned once, and got inspired to write a joke that talks about how Free Willy is a captured whale in a movie that is being played by an actual captured whale, which is messed up… that's like making the movie ‘Roots’ and using actual slaves.” Kim continued to say, “Cannabis makes me more creative. I love a good sativa. It's like the weed version of a coffee. When I’m high, my silly ideas feel safer to bring to light. It makes me goofier and loosens up tension in my brain.” 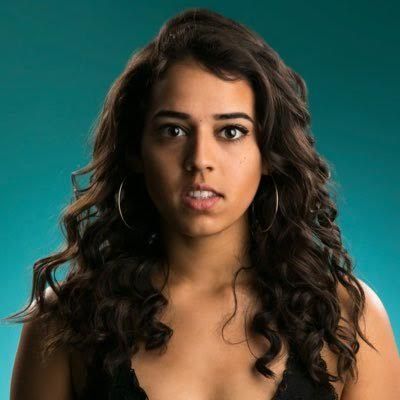 Like Congdon, I also find that cannabis loosens up tension in my brain. Sometimes it’s hard to remember whether or not I unplugged my hair straightener, or if I responded to an email, let alone come up with a powerful punchline. I often get caught in repetitive thought circles and cannabis seems to create room for my imagination to expand. The mind of a comic is all over the place, and when you’re constantly generating comedic content, you need a way to quiet the stuff that doesn’t matter so you can create. After a smoke session, my mind is normally in a more playful place, making it easier to embrace the comedic thoughts that are rushing through my brain.

I posed the “best-joke-while-high” question to Tony Hinchcliffe (Kill Tony Podcast, JRE, Roast of Snoop Dogg, and MERRY JANE fam), whose answer was particularly visual. He responded by saying,“ Best? That’s a tough question. But when it comes to the jokes I’ve written after smoking….All of them. All of my standup jokes and pretty much all of the jokes that I’ve written while working TV writing jobs I’ve written stoned. I was also stoned when I punched up those jokes, and stoned when performing them.”

Hinchliffe wrote for Martha Stewart on Comedy Central’s Roast of Justin Bieber. “Imagine how much fun it is to help Martha Stewart be mean to people… now imagine that stoned. Being high helps my imagination picture how things are gonna go. Envisioning a joke working well means I can put it on paper in the first place.” 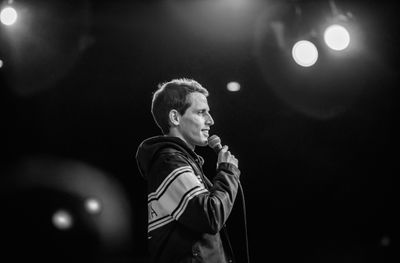 When it comes to strains, Hinchcliffe doesn’t have a preference. “Doesn’t matter the strain… what matters is the amount. I like to smoke slightly TOO much just before writing. My trick is smoking until it feels like a panic attack is settling in, then stopping. In a few minutes that panicked feeling is gone and you’re left in sillyland.”

He elaborated, “To come up with a How did you think of that?-type of joke, you have to think from different and sometimes strange angles, and pot helps tremendously with seeing things from a different perspective. In a lot of the TV writers’ rooms I’ve been in, the room would start to creatively crash after lunch. They are digesting their food, drinking soda, eating sugary snacks… they are yawning… looking at their phones. On a busy day, after lunch is when I like to have my FIRST smoke of the day, throw in a cup of coffee… and it’s on. While everyone else is crashing, I come in with a strong second wind and get everyone laughing again, and we have jokey momentum. One stoned paranoid writer in a room can keep all the others inspired sometimes.”

I always knew that cannabis was a way for me to explore my comedic and creative ideas. I find it fascinating that some of the best young comedy writers unanimously agree on using cannabis as a way to facilitate creative exploration. But comedians aren’t the only ones who utilize the plant this way.

There have been studies showing that cannabis is linked to increased creativity. Take for example this peer-refereed research published in 2014, which quotes Steve Jobs: “The best way I could describe the effect of the marijuana and hashish is that it would make me relaxed and creative.” Whether you’re building a new operating system or writing a punchline that will be remembered for years to come, there’s an undeniable link between cannabis and creativity.

That said, after getting a chance to crawl around the brains of my peers, I now know one thing to be absolutely certain. A good joke transcends altered states of consciousness.

INTERVIEW
ENTERTAINMENT
HUMOR
CULTURE
MORE...
Sara Weinshenk.
FOLLOW
Sara Weinshenk is a comedian, podcaster, and writer. She is known for her dark comedic voice & just recently completed Season 2 of her web-series "Stoned Science." Her podcast, Shenk, is available on iTunes, Spotify, and Stitcher. Follow her on Twitter/Instagram @princessshenk.
Share this article with your friends!
AD
By using our site you agree to our use of cookies to deliver a better experience.
Accept
Decline
MORE FROM MERRY JANE