CULTURE
All Aboard the Pineapple Express: Seth Rogen Launches Weed Brand, Houseplant
AD
“We have been working on this quietly for years and seeing everything come together is a dream come true,” said Rogen, who founded the company with his writing partner, Evan Goldberg.
Published on March 27, 2019

In an email statement, Rogen announced that he and Goldberg will run Houseplant’s business end. Canopy, which owns a 25 percent stake in the company, will handle cultivation.

“We have been working on this quietly for years,” Rogen wrote, “and seeing everything come together is a dream come true.”

“We could not be more passionate about this company and are dedicated to doing everything the right way,” he continued. “It is extremely important to us to treat cannabis with the reverence it deserves.”

The company’s first strain, Houseplant Sativa, goes on sale next month at legal retailers in B.C., with indica and hybrid strains to follow. There are no current plans to launch in the U.S., but Houseplant says it has “global aspirations.”

The company also launched an IG account with a series of 12 posts that form the company logo and contain info about the 3 strains plus images of the flower and colorful product packaging.

In a separate statement, Canopy’s president and co-chief executive, Merk Zekulin, noted that the Hollywood honchos’ intimate knowledge of — ahem — floral connoisseurship made the deal a no-brainer.

“We have been getting to know the Houseplant team for quite a while now,” wrote Zekulin, “and continue to be impressed by their understanding of the cannabis consumer, attention to detail, and drive towards their vision.”

Rogen is not the first noted smoker to partner with Canopy. In 2016, the one and only Snoop Dogg teamed up with Canopy for Canadian rights to the Leafs by Snoop cannabis brand.

But the real question burning on everyone’s minds: will Houseplant sell the weed strain made famous by Rogen and Goldberg, Pineapple Express?

Probably not any time soon, if ever.

Canada’s super-strict weed advertising laws ban celebrity endorsements for cannabis products. So even though the duo produced some of the 2000s’ and 2010s’ most iconic comedy flicks — gigglefests like Superbad, This is the End, Knocked Up, and Sausage Party — don’t expect Houseplant products to sprout up in any of their upcoming movies. Or any other movies, for that matter.

The advertising ban also means that, for now, Rogen and Goldberg probably can’t hustle anything branded “Pineapple Express,” either.

But weed’s weed, right? Pineapple or otherwise, all aboard! 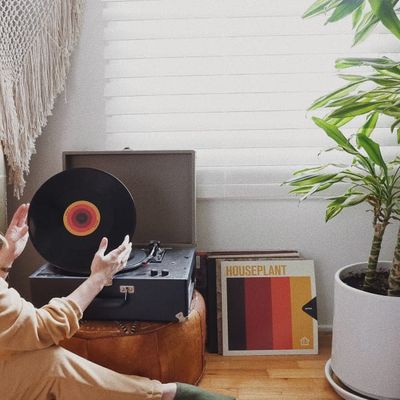 NEWS
420
CELEBRITIES
CANADA
MORE...
MERRY JANE Staff
FOLLOW
MERRY JANE is based in Los Angeles, California and is dedicated to elevating the discussion around cannabis culture.
Share this article with your friends!
AD
By using our site you agree to our use of cookies to deliver a better experience.
Accept
Decline
MORE FROM MERRY JANE