CULTURE
A List of All the Major Festivals and Events Canceled Due to Coronavirus
AD
The coronavirus panic isn’t just screwing up the stock markets and your local store’s stock of hand sanitizer. It’s getting events across the country canceled, too.
Published on March 9, 2020

Regardless of whether you think the coronavirus outbreak is the harbinger of the Apocalypse or just the latest example of mass hysteria, real-world fallout has followed the disease’s spread across the globe.

The novel coronavirus phenomenon, otherwise known as SARS-CoV-2 (the virus itself) or COVID-19 (the illness caused by the virus), may not have killed as many people as the flu, but it hasn’t been around as long as the flu, either. As of this writing, there are at least 1,599,396 confirmed cases of coronavirus around the world, with cases across over 190 countries and territories, on all continents except Antarctica. So far, 355,463 coronavirus patients have fully recovered from the illness, though 95,523 people have died from it.

The US was one of the latest nations to report coronavirus cases, and it also currently has more confirmed cases than any other country in the world. Right now, health officials reported roughly 465,586 confirmed cases and 16,545 deaths in the US.

Regardless of what you think about the outbreak and the masses’ responses to it, the UN’s World Health Organization (WHO) has officially declared COVID-19 a global pandemic. On March 13, President Trump declared the pandemic a national emergency. And that means governments — and businesses — around the world want to keep this bug contained as much as humanly possible to avoid further damaging the stock markets, triggering riots, straining resources, or losing more innocent lives. 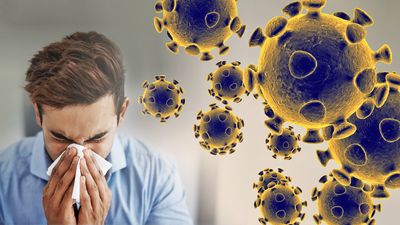 What to do? If you hoard everything you own to prepare for the End Times, will you hurt the economy? If you go outdoors with reckless abandon, do you risk spreading the virus to your loved ones? Should you stay in this weekend, holed up in your fort of toilet paper rolls and hand sanitizers, or should you take your chances on a night out with your friends?

Well, soon, you may not have many options available for going out. Below, you’ll find a list of some major festivals, shows, concerts, expos, and conferences that have been canceled due to fears surrounding the coronavirus outbreak. This list is by no means complete nor is it comprehensive. MERRY JANE will update this list as we receive more info.

US States on Emergency Lockdown

All but eight US states have issued stay-at-home, shelter-in-place, or shelter-at-home orders within their borders. All three terms essentially refer to the same thing — lockdowns and self-quarantines except under certain circumstances. Failure to comply with stay-at-home orders can result in civil or criminal penalties. State authorities, in most cases, have asked residents to only leave their homes if they need to buy essential goods (which, thankfully, includes weed in most states where it's legal), to travel to work for an essential job (like selling weed), to care for a sick or elderly loved one, or if there's an emergency. Some states have enacted curfews, while others (such as California) effectively ordered everyone to stay home 24/7.

With the exception of the eight non-quarantine states, all states effectively canceled all scheduled events until further notice.

No states have yet closed their borders, nor have any cities — with the exception of New Rochelle, New York. Below are the eight states that have not yet issued stay-at-home orders:

For an item-by-item list of some major events, shows, festivals, conferences, expos, and tours canceled due to the COVID-19 pandemic, see below.

PGA, all events (up to the Valero Texas Open)

TED 2020 (Vancouver, BC; will be held either virtually or in July, TBA)

Billie Eilish's "Where Do We Go?" Tour (all March dates canceled)

Stormzy’s “Heavy Is the World” Tour (Asia dates only)

Other Notable Cancelations and Closures

Six Flags (all US locations; closed until April 1)

All Europeans traveling to the US (until April 12; some countries exempted)

The White House (Washington, DC; closed to the public until April 1)

US Capitol (Washington, DC; closed to the public until April 1)

US Library of Congress (Washington, DC; closed to the public until April 1)

NEWS
HEALTH
VIRAL
SAFETY
MORE...
MERRY JANE Staff
FOLLOW
MERRY JANE is based in Los Angeles, California and is dedicated to elevating the discussion around cannabis culture.
Share this article with your friends!
AD
By using our site you agree to our use of cookies to deliver a better experience.
Accept
Decline
MORE FROM MERRY JANE