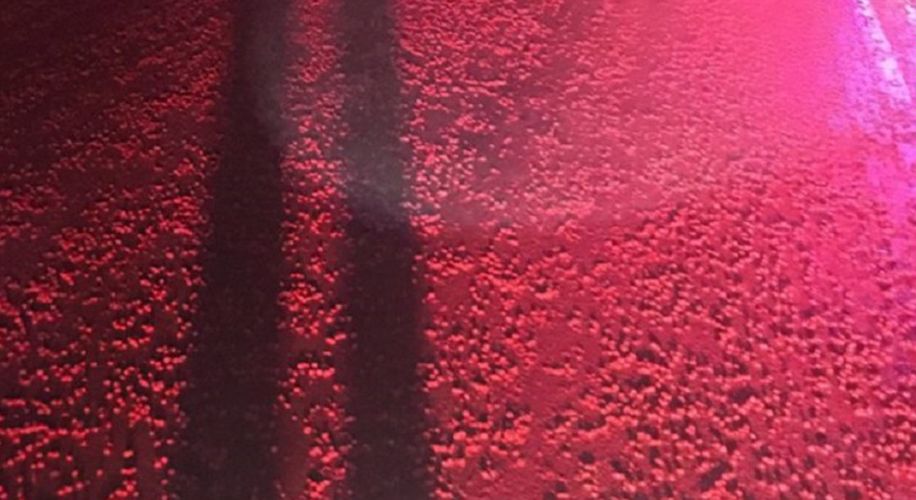 Cattle are living on a diet of candy.

Cattle are living on a diet of candy.

Residents of rural Wisconsin were surprised to find hundreds of thousands of red Skittles spilled across a highway in Dodge County, but the story soon took an even more surprising turn. "There's no little 'S' on them, but you can definitely smell, it's a distinct Skittles smell," local Sheriff Dale Schmidt said. No one was able to account for where the mysterious candy came from, but county road crews said that the candy actually helped provide traction for cars driving over icy roads this week.

Eventually, the sheriff's department was able to uncover the reason behind the spill - the candies fell off a truck that was hauling them to a farm where they would be used as cattle feed. Apparently, candy makers and bakeries have been selling rejected food items to be used as cattle feed for decades. The practice grew in popularity in 2012 when rising grain prices pushed farmers to consider a cheaper food alternative for their livestock.

Ki Fanning, a livestock nutritionist with Great Plains Livestock Consulting, said the practice was “a very good way for producers to reduce feed cost, and to provide less expensive food for consumers.” John Waller, animal science professor at the University of Tennessee, said that he thinks that the candy diet is “viable,” and “a good way to get nutrients in these cattle.”

It's difficult to imagine what nutrients these animals might be getting from rejected Skittles, and the Dodge County sheriff's department's Facebook page soon blew up with shocked comments after they posted about the spill. "Absolutely gross!" one person wrote. "Why are we ok with feeding cows Skittles to fatten them up? Know where your meat comes from people. I hope you're all learned something from this."