NEWS
Irish Weed Bust Turns Up Coke, Ecstasy, and Gold Bars, Oh My!
AD
This was probably one of the most flashy marijuana raids of the year. Bling, bling.
Published on December 6, 2019

On Thursday, Dublin police announced that unidentified man residing in the suburb of Inichore, who is currently in custody, was hoarding over $16,000 worth of illicit drugs. According to Extra.ie, the four gold bars seized by the cops, weighing a whopping 50 grams each, are estimated to be worth just over $11,000. 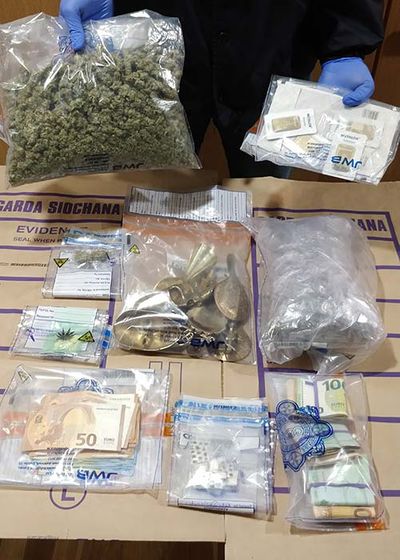 Photo by An Garda Siochana, via

The man’s stockpile of booze wasn’t cheap, either. Police said they found over 200 bottles of “high value wines and spirits,” with a total estimated value of $22,000, ironically placing the alcohol among the most valuable of all the illegal substances confiscated during the investigation.

Authorities haven’t stated what charges the man is facing, but they likely have a case that he was dealing. Otherwise, this was one party fiend with some seriously refined tastes.

NEWS
UK
VIRAL
CRIME
MORE...
Randy Robinson
FOLLOW
Based in Denver, Randy studied cannabinoid science while getting a degree in molecular biology at the University of Colorado. When not writing about cannabis, science, politics, or LGBT issues, they can be found exploring nature somewhere in the Rocky Mountains. Catch Randy on Twitter and Instagram @randieseljay
Share this article with your friends!
AD
By using our site you agree to our use of cookies to deliver a better experience.
Accept
Decline
MORE FROM MERRY JANE