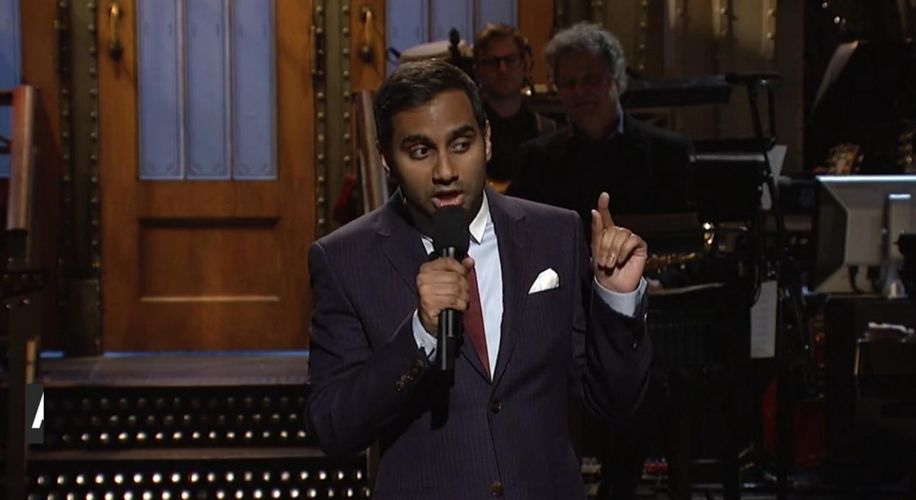 It's OK to call a racist a racist.

It's OK to call a racist a racist.

Aziz Ansari hosted this past weekend's episode of Saturday Night Live, just hours after the historic record-breaking turnout for the Women's Marches across America and the world. Ansari focused on “casual white supremacists,” or those who hide under the cloak of the alt-right movement, and urged Americans to call them out for what they truly are- racists.

Ansari's carefully composed speech sounded more serious than what we're used to from hearing on SNL, but the co-creator and star of his autobiographical Netflix series Master of None experiences life through the eyes of the son of Muslim immigrants. The new problem, according to Ansari, is not the KKK, but the “lower case kkk,” the brand of racist conservatism that if often sugar coated as nationalism or called the “alt-right” movement.

Ansari continued the monologue, trying to grasp the other perspective, through the eyes of a Trump supporter. "I know it's been a rough couple of years. Obama, Empire, Hamilton...It's been hit after hit after hit. Star Wars movies whose only white characters are storm troopers. I get it, it's been rough," he joked.

"I think part of the problem is a lot of these people, they just haven't interacted with any brown people in their normal life. The only people they see are these monsters in the news, who are just a drop in the ocean. Maybe what needs to happen when they do the news report, they should do a second report about some other brown people who are just up to normal stuff, such as harmless friends eating nachos in Chicago.”

Ansari, as others have already, implored Trump to publicly denounce far-right groups that have endorsed him. While we may be more used to seeing a more whimsical Aziz, his comments were nearly flawless and couragerous in these uncertain times.