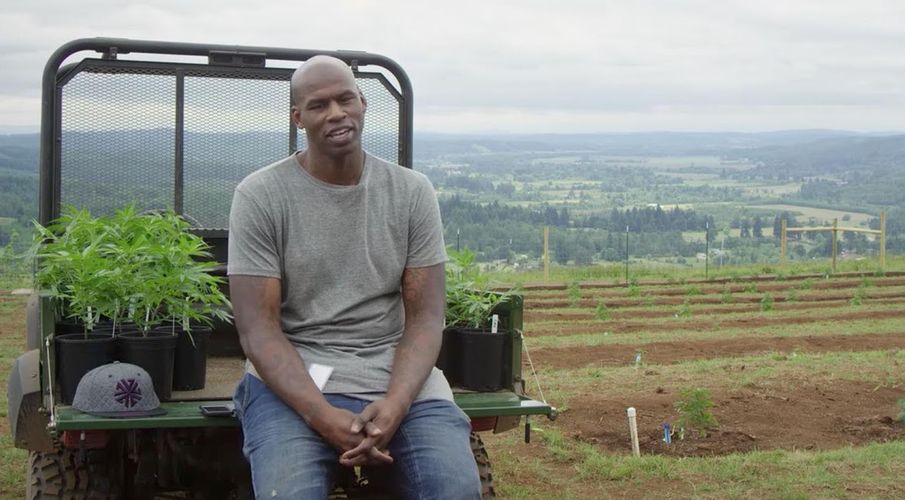 Before Steph Curry, Klay Thompson and Kevin Durant turned Oakland’s Oracle Arena into the NBA’s hottest ticket, another group of Warriors, fueled by Baron Davis, Stephen Jackson and journeyman Al Harrington, gave Bay Area basketball fans something to believe in. They weren’t the biggest or best, and they didn’t win a championship, but the ‘06-’07 Warriors played hard, had fun and, yes, smoked a lot of weed.

For Harrington, whose seven-year career lead him to live in cannabis hotspots including Denver, Washington D.C., and Oakland, retiring from the NBA hasn't been a burden as it has for some of his peers, but instead an opportunity to begin anew. In the four years since he hung up his last jersey, Harrington has gone full ganjapreneur, launching cultivation and production facilities in legal weed epicenters across the country for his Denver-headquartered cannabis concentrates brand, Viola Extracts.

Now, to share his story and promote the benefits of marijuana use for professional athletes, Harrington has teamed up with LeBron James’ digital sports and entertainment platform Uninterrupted for “The Concept of Cannabis,” a new documentary short getting straight to the point about sports’ complicated relationship with marijuana.

“I would say that over 70 percent of athletes in all major sports smoke marijuana,” says Harrington. “I think it’s that big. Not only the players, but I think coaches consume, I think the owners consume. I think in sports it’s very prevalent and it’s right there.”

In the first part of the 15-minute documentary, Harrington introduces the world to his company and describes his first interaction with CBD. After complications from a knee surgery left the sharp-shooting forward sorting bottles of prescription pain pills like an amateur pharmacist, a doctor recommended cannabidiol instead and Harrington hasn’t looked back.

With a renewed energy and pain-free lifestyle, Harrington used CBD for the last three years of his NBA career. With such immediate and long-lasting success using cannabis to treat his ailments, Harrington is now focused on spreading the message of medical marijuana to his former employer, a league notorious for suspending and even entirely banning players for known cannabis use.

To get to the bottom of the issue, Harrington sat down for a discussion with former NBA commissioner David Stern, the league’s head honcho from 1984-2014, who once told the New York Times, ''there is the issue of muscle deterioration that could come with the retention of substances like marijuana in the body, and concerns about the recovery time of injuries that might be lengthened by marijuana,” to see if the ex-league official had changed his tune to fit the new millennium.

After telling his story and introducing Stern to the concept of CBD, Harrington is quickly able to get the former commissioner to admit the viability of athletes using cannabis to help healing, with the ex-official even accepting an offer of CBD cream to sample.

“I think that if medical marijuana is available, then it’s up to the individual team doctor,” concedes Stern. “You tell me it worked for you and it worked for others that you know, then we should look for a way to get that defined and made official and then proceed to educating team docs.”

By the end of their conversation, Stern has completely turned away from his prohibitionist days as commissioner, essentially suggesting that marijuana should be removed from the league’s substance abuse policy entirely.

As for Harrington, the ex-role player is racking up wins in his new position, with a $3.5 million investment of his own money pushing Viola’s THC and CBD concentrates to the forefront of still-burgeoning markets in Colorado, Oregon, California, Michigan and Jamaica.

But if you thought farms and extraction facilities in five different locations, a business to run, and children to raise would get in the way of Harrington’s continued ability to ball, you'd would be dead wrong.

Even with his NBA days behind him, Harrington starred in the inaugural season of Ice Cube’s professional 3-on-3 league The Big 3, joining former NBA stars Kenyon Martin and Rashad McCants to take home the league’s first championship this past summer.

As you’ve probably guessed, the Big 3 does not test players for marijuana use.