NEWS
You Can Buy “Party Monster” Michael Alig’s Lunchbox from 1997 for $1,750
AD
The infamous “Crown Prince of the Club Kids” was carrying the lunchbox at the time of his murder arrest. The rare ephemera comes with an empty bottle of methadone, too.
Published on May 22, 2019

The internet is full of magic, sometimes. It’s equally full of cursed history. Yesterday, my friend Griffin sent a link to our group chat that redirected us to an idiosyncratic Belgian site called Cult Jones. The platform describes itself as “the place to buy cool books,” and it also sells art and other vintage ephemera.

Griffin, however, hipped us to an object for sale on the site that is downright bizarre and almost certainly hexed: Michael Alig’s 1997 lunchbox, which he was carrying at the time of his murder arrest. And it can be all yours… for, um, $1,750. 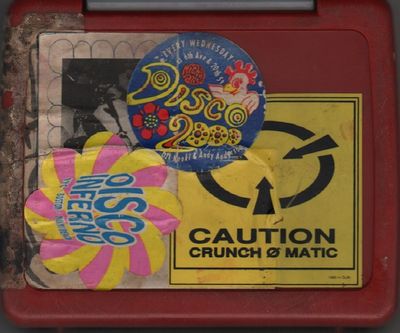 A quick refresher: Alig was the infamous, OG “Club Kid,” who forever changed New York City nightlife in the ‘90s by injecting glamor, garishness, and narcotics into the scene. His gruesome evolution from party promoter to murderer was canonized in the 1998 documentary Party Monster: The Shockumentary and the 2003 film Party Monster, where Alig was portrayed by Macaulay Culkin.

To quote the bio on Cult Jones:

Taking the nightime by storm with his subversive energy as he cooked up all sorts of mayhem and provocation, Alig became Clown Prince of the Club Kids. Alig lead his band of fabulous weirdos, with their kiddie lunch boxes and funny nicknames, as they traipsed from one nightclub to the next. Their numbers grew week by week, and soon he was drawing hundreds of people to his outlaw parties, where the costumed hordes would overwhelm a Burger King or doughnut shop or subway platform, turn on a boom box, and party until the police showed up. 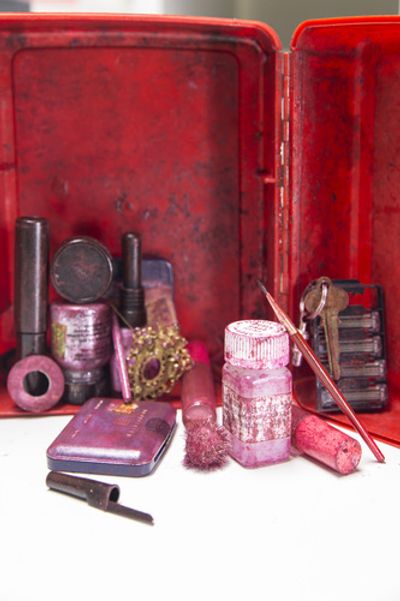 Alig was known for his excessive use of various drugs, and the plastic lunchbox is a testament to that. While the Cult Jones admins note that the object “lacks a bottle of GHB, an unidentified white powder, an unidentified pill, and a lighter,” which were apparently in the box at the time of his arrest, it does contain an empty bottle of methadone that’s dated 11-28-96 — just a few days before he got booked. It also comes with a half straw, a “hot ticket” for an event called Birthday Party, various makeup accessories, body glitter, and razor blades, among other trinkets.

To again quote the folks hawking this oddity:

Lunch boxes were adopted by the Club Kids to store their stashes and makeup, but were also an integral part of their ostentatious costumes that were part drag, part clown, and part infantilism.

The box is adorned with era-specific stickers repping clubs and parties, and Cult Jones notes that the contents are “in good condition,” though there are makeup stains and the methadone label and party ticket are only “partially legible.” 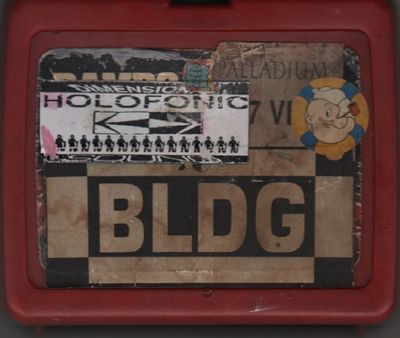 Alig is currently out of prison (read my homie Michelle Lhooq's 2016 profile of him here — it's a ripper), but his legacy likely haunts this tchotchke. Will gaudy ghouls come after you if you cop this historic item? Probably not. But then again, Alig’s life was as fantastical as it gets. Cursed or otherwise, we’re gonna pass on a bid for the time being.

CELEBRITIES
VIRAL
HISTORY
CULTURE
MORE...
Zach Sokol
FOLLOW
Zach Sokol is the Managing Editor of MERRY JANE. He's a writer and editor whose work has been published in VICE, Playboy, Penthouse, The Fader, Art in America, The Paris Review, and other fine publications.
Share this article with your friends!
AD
By using our site you agree to our use of cookies to deliver a better experience.
Accept
Decline
MORE FROM MERRY JANE