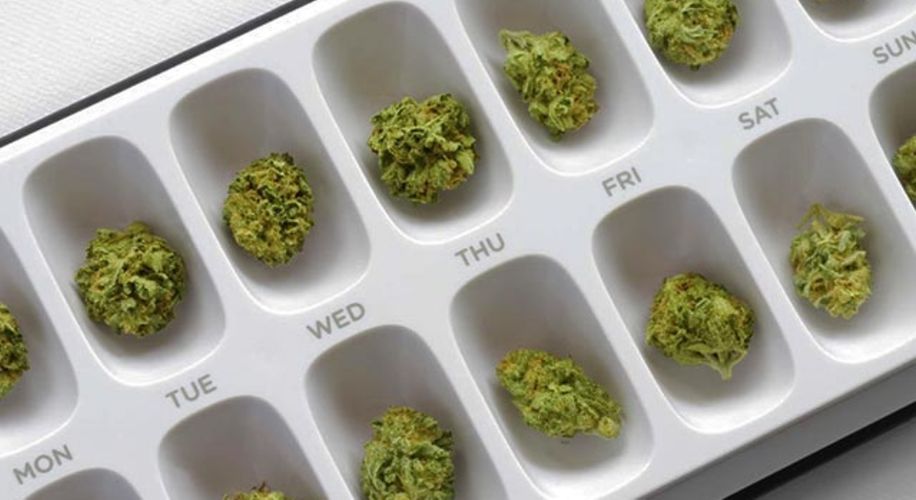 Yet Another Study Finds Legal Cannabis Lowers Opioid Use Rates

The evidence keeps building that weed could be one of our most effective tools to combat the opioid abuse epidemic.

The evidence keeps building that weed could be one of our most effective tools to combat the opioid abuse epidemic.

A new study published this week in the International Journal of Drug Policy concluded that states with legal cannabis programs showed lower rates of opioid use.

Unlike most previous studies on weed legalization’s effects on a state’s opioid use, which were largely produced by health agencies or medical researchers, this one came from the Department of Criminology and Criminal Justice at Florida International University.

Gallery — Check out these blunts!

And here’s the real kicker: “Results further indicate that the presence of medicinal cannabis legislation appears to have no influence over opioid misuse,” they continued. In other words, despite scare campaigns and fear-mongering from prohibitionists, once again, there is absolutely zero epidemiological or criminological evidence that smoking weed leads to abusing harder drugs like cocaine, meth — or opioids.

This latest study confirms several previous studies that concluded medical marijuana legalization was associated with lower opioid use or death rates. One Stanford University School of Medicine study from June, however, seemed to contradict those earlier findings. The Stanford researchers concluded that medical marijuana laws have no real effect on opioid abuse, and the earlier studies were fundamentally flawed.

According to the naysaying Stanford study, the reason why the first states to legalize medical marijuana also had lower opioid-related deaths was because those states were also more liberal, wealthier, and provided better access to health resources (i.e. addiction treatment, naloxone to counteract overdoses, etc.). The Stanford researchers also claimed that since they used newer data going up to 2017 — after nearly every US state had implemented some sort of medical marijuana program — their findings were more accurate, since the older studies relied on data from when only 13 to 17 US states had legal medical weed.

So, can weed replace opioid painkillers? Could legalizing cannabis nationwide help put an end to the opioid epidemic ravaging the US, which costs the nation $600 billion annually? Science still hasn’t come to a consensus, but seeing as weed never killed anyone from an overdose — unlike opioids, which kill 130 Americans every day — it probably wouldn’t hurt to try.