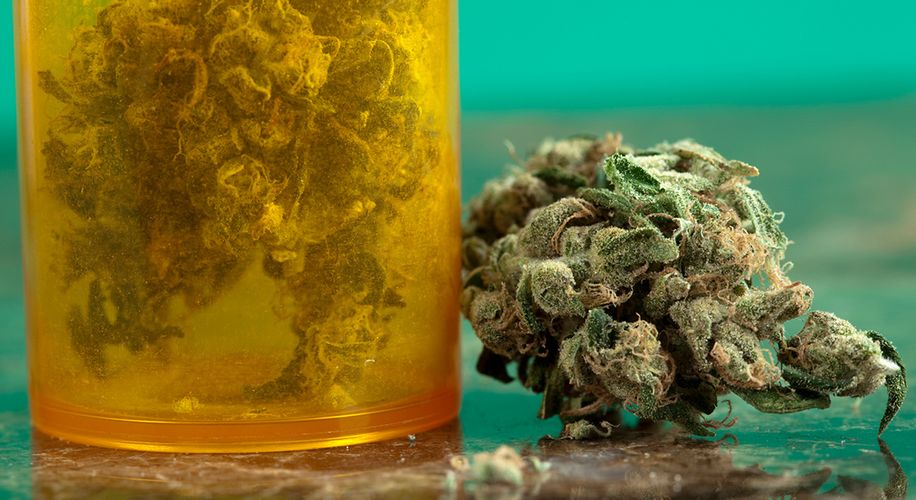 Will Medical Marijuana Survive the Storm of Legalization?

All cannabis has medical properties, but there’s a difference when it comes to regulations. The distinction is largely legal and economic, and MMJ is suffering in legal states as a result.

All cannabis has medical properties, but there’s a difference when it comes to regulations. The distinction is largely legal and economic, and MMJ is suffering in legal states as a result.

Ever since recreational legalization was on the table, many activists and patients have whispered behind the scenes: Rec will be the death knell for medical cannabis.

Before diving in, let's clear the air. There really is no difference — physically, chemically, or otherwise — between a marijuana plant grown for medical use or one grown for recreational/adult use. They're both the same plant. The distinction between the two is largely legal — and economic.

For example, medical cannabis products, like edibles, tend to possess greater potency than recreational ones. Many medical cannabis products are typically sold at lower prices than rec, too, due to higher taxes imposed on recreational sales. To snag higher-potency, more-affordable cannabis, patients must suffer from a qualifying medical condition, apply for state registration, and receive approval from the state for the registry. Recreational stores only require a valid government ID to prove the customer is 21 or over.

Depending on the state laws, regulatory changes can impact patients, consumers, and businesses. When Washington state passed I-502, the ballot measure that legalized recreational cannabis for adults over 21, it didn't take long for regulators to stamp out medical weed, especially since it would bring in less tax money to the state than rec. Within the first year, medical collectives in Washington were practically eliminated, and home grows were never permitted under rec legalization to begin with. That meant every medical patient there was essentially forced into the recreational market's higher prices and taxes.

Or take Oregon. The state passed a recreational weed bill in 2014, including a clause that gave medical dispensaries the option to convert to recreational stores (which went into effect as of last Friday). Oregon's bill also permits recreational stores to sell medical cannabis products – from the same location – to card-holding patients, generating a financial vacuum within the state's medical marijuana network.

In other words, there's really no incentive in Oregon to keep a medical dispensary going these days. Given that the number of Oregon's registered patients dropped nearly 25 percent from 2015 to 2017 – from 78,000 patients to 59,000 – it's looking like Oregonians are moving away from the state's medical system and are embracing an adult-use model.

"Medical-only is smaller than small," said Sam Elkington, the owner of Track Town Collective in Oregon, a medical marijuana dispensary. According to The Register Guard, Elkington "made a bet" by keeping his business purely medical rather than switching over to rec. At the time, he believed the Trump administration would crack down on recreational sales. By keeping his business medical, he could have received additional protections at both the state and federal levels.

But Trump's big crackdown on rec hasn't happened, and in lieu of recent statements from AG Jeff Sessions, it looks like the U.S. Department of Justice plans to continue Obama-era weed policies — for now.

"I lost," said Elkington. "The [medical] dispensary market has dwindled down to near nothingness."

Not every state with legal weed has seen this slump in medical marijuana registrations or sales. Colorado, the first state to go fully legal, maintains a robust medical marijuana industry, despite recreational sales breaking records year to year, month to month.

"Oregon and Washington really didn't comprehensively regulate medical marijuana businesses," attorney Brian Vicente of the Denver-based cannabis law firm Vicente-Sederberg told MERRY JANE in a phone interview. "They didn't have a statewide entity that did that, particularly in Washington. They had one in Oregon, but it wasn't comprehensive."

From January 2016 to October 2017, the number of Colorado's registered medical marijuana patients dropped by 15 percent. Yet medical marijuana sales remained steady during this period, garnering almost $34 million in sales.

As Vicente explained, the reason for Colorado's continued success with medical likely has to do with state regulations. Recreational stores are not allowed to sell medical-grade products like they can in Oregon. Only medical dispensaries can sell the ultra-potent stuff, and since medical products aren't taxed according to Colorado's tiered system for rec, patients who require high volumes of weed get a significant price break. Coloradans may also grow their own weed, and, in some counties, may produce their own (ethanol-based) oil extractions at home.

Vicente adds that Colorado stands out from other legal states because of how it implemented legal weed reforms. Amendment 20 (medical) and Amendment 64 (recreational) are constitutional amendments. Legal weed is literally written directly into the state's constitution, so regulators can only rewrite the rules so long as those new restrictions adhere to the amendments. (In theory, anyway. In practice, regulators have gotten away with quite a bit.) The legislature cannot remove the amendments on their own, either. Repeal would require a statewide vote.

While the medical vs. recreational issue is currently playing out at the state level, it may reach the federal level soon. This past year, Congress introduced two sweeping cannabis bills: the CARERS Act for taking a hands-off approach to state medical marijuana programs, and the Marijuana Justice Act, which would remove cannabis from scheduling altogether. Similar bills introduced in the past resembled the Marijuana Justice Act, which skipped medical regulations and jumped straight into a federally legal recreational framework.

Vicente cautions lawmakers against rushing into legal reforms. High prices and taxes on marijuana could push patients toward a black market. Licensing and regulations can preserve the distinction between medical and recreational, encouraging patients to stay within the legal market.

"I don't think anyone believes medical will ever go away," said Vicente. "I believe there's too much efficacy. Whether it's kids with epilepsy or older people with chronic pain, it just really does help people."