NEWS
Why Is Canada Giving All Its Weed Taxes to Cops?
AD
A battle is brewing north of the border over how Canada will divvy-up tax revenue from its impending nationwide legalization of cannabis.
Published on October 16, 2018

Adult-use cannabis legalization will sweep the Great White North on October 17th, making Canada the second country — after Uruguay — to federally legalize the plant. Bill C-45, the landmark legislation which reached Royal Assent in June, will bring a projected windfall of C$690 million in sales tax revenue over the first five years, and hopes to cut into an already booming $6.2 billion black-market.

After campaigning on a tax and regulate platform, Prime Minister Trudeau announced Bill C-45’s success with a tweet: “It’s been too easy for our kids to get marijuana — and for criminals to reap the profits. Today, we change that.”

Though government officials are hesitant to say how much tax revenue to expect in the first five years of legalization, a 2018 Canadian Imperial Bank of Commerce (CIBC) report estimates that Canada’s 10 provinces stand to capture up to 70% of the profits. With provinces controlling cannabis distribution across the country and levying their own sales tax on retail purchases, the report projects a provincial gain of $3 billion — from either earned profits or tax revenues —  by the year 2020. But where that money goes and exactly how it will be spent is still up for debate.

The federal government will levy an excise tax of 10%, or about $1 per gram, on all cannabis sales. Last December, Premiers rejected a 50-50 split of the taxes collected, arguing the provinces would bear the brunt of regulation and enforcement costs. Ottawa agreed to to keep only a quarter of the excise tax revenue for the first two years of legalization — with the remaining 75% going to individual provinces.

“We think it’s a few million dollars worth of bylaw enforcement issues we’re going to have to deal with,” Edmonton Mayor Don Iveson said in the Edmonton Journal of the additional costs he expects the city to incur, as well as “several million more in policing costs, in the $10- to $12-million range, all put together. We’re still asking the provinces for a share of this.” 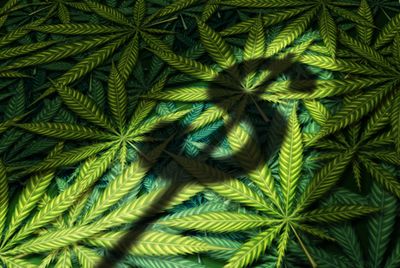 As legalization looms, local mayors and councilors have been asking provincial governments to formalize their cannabis tax  distribution plans.

"There hasn’t been any commitment to date that those revenues will be made available to the municipalities," Winnipeg Mayor Brian Bowman said in the Winnipeg Free Press. "I don’t want to see taxpayers and property owners having to subsidize pot. I don’t think that’s fair."

Iveson, who is also chief of FCM’s Big City Mayor caucus, warned if the province did not step-up and share revenue, cities like Edmonton — with a population just under a million, and six pot shops set to open Oct. 17th — might have to raise property taxes to cover regulation costs.

“We have no indication whatsoever that the property taxpayers won’t be left on the hook for this, and that’s still unacceptable,” Mayor Don Iveson told The Edmonton Journal. “We understand there’ll be some transitional costs, but I’m frustrated that it probably looks like I’m gonna have to ask taxpayers to chip in in our next budget.”

With no plan from Alberta’s provincial government in sight, a press request to the Edmonton Mayor’s office yielded a cheeky response:

“We have no deal from the Province yet — we have no commitments other than last week the Premier [Rachel Notley] says she heard the cities' desire and she will work with us, so you are welcome to go ask the Province how they plan to do that :)”

Mike Brown, Press Secretary for Alberta’s Finance Minister, told MERRY JANE the province expects to operate at a loss of around $90 million for the first two years of legalization, as it will shell out money on building a regulatory framework before sales and distribution are a go.

“Alberta has committed to providing funding to municipalities when it comes to the costs associated with cannabis legalization,” Brown wrote in an email. “Those details have not been announced but will be in the near future.” 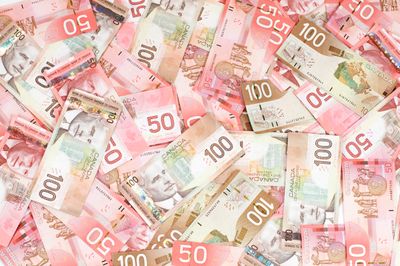 Only two out of Canada’s ten provinces and three territories have unveiled their plans to share the loot with local municipalities.

Ontario committed to giving $40 million to municipalities upfront from the first two-years of the cannabis excise tax kickback. The percentage was determined by number of households, adjusted so each municipality receives at least $10,000. If the province receives over $100 million from the feds, 25% of that excess will be diverted to municipalities.

In Quebec, municipalities will receive a total of $60 million over the next two years, even if excise revenues are lower than expected.

Whether federal, provincial, or municipal, the majority of the budget bump seems to be heading straight to law enforcement’s bottom line.

As the Liberal Party explains on its website, “To ensure that we keep marijuana out of the hands of children, and the profits out of the hands of criminals, we will legalize, regulate, and restrict access to marijuana.” Subsequently, unlicensed sales and distribution remain high-priority for law enforcement, with some provinces setting up special forces to crackdown on black market activity. Nova Scotia, where the province will control distribution and retail, has introduced fines ranging from $150 dollars to $25,000 for people selling or buying unlicensed weed.

Cannabis activists such as Alison Myrden, a medical marijuana exemptee since 1994, feel left out of the cold when it comes to recreational legalization.

“The government is so concerned with social users [that] they’re pushing medical patients to the side,” Myrden said from her home in Burlington, Ontario. “We are just as important as those bigwigs who have million-dollar investments and buy-ins in their LPs and dispensaries.”

Prescription use marijuana has been legal in Canada since 2001. A government-run program provides cannabis for patients by mail, but no health insurance covers it. Myrden, who uses cannabis to treat multiple sclerosis, says she spent $600 on marijuana last month, and wants to see some of the tax revenue be put into a fund to help medical patients cover costs.

“They’re looking at making a heck of a lot of money from cannabis in this country,” said Myrden. “Why couldn’t they put a percentage towards all of us? Social, medical, and religious consumers.”

On the phone, Myrden, a former corrections officer, also advocated for a blanket exoneration of cannabis offenders, and that grower and sellers who’d lost property and plants to government forfeiture be compensated. 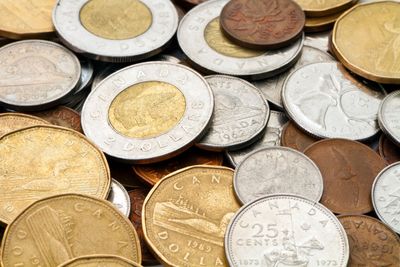 Over the next five years, Trudeau’s government earmarked just over $274 million for law enforcement and border patrol and over $100 million towards cannabis public education, awareness, and surveillance — including $62.5 million to community organizations, Indigenous groups, and local governments to educate communities on safe consumption. The 2018 Budget also set aside $20 million for government-led research on the impact of cannabis use on Canadians’ mental health, though exactly how much of that comes directly from cannabis tax revenue is unclear.

A government funded-poll found the majority of Canadians prefer that the tax revenue from legal weed be spent on healthcare, while few to none supported a PSA-style campaign on the uses and abuses of cannabis. A number of Canadians even wrote in alternatives, such as funding rehab and addiction treatment programs.

BUSINESS
POLITICS
LEGALIZATION
CANADA
MORE...
Julia Alsop
FOLLOW
Julia Alsop is a reporter and radio producer who has frequently covered drug policy for MERRY JANE, VICE, and NPR.
Share this article with your friends!
AD
By using our site you agree to our use of cookies to deliver a better experience.
Accept
Decline
MORE FROM MERRY JANE