It's only a week into the new year, but federal and state lawmakers are already working to change the country's antiquated cannabis laws. On the first day of the 116th session of Congress, lawmakers introduced two different cannabis reform bills to protect states’ rights to legalize medical marijuana.

The U.S. Surgeon General has also spoken up for cannabis reform, arguing that the federal government needs to reclassify marijuana’s legal status to make it easier for researchers to investigate pot's healing properties. In Pennsylvania, the fight for legalization is occurring on a smaller scale, where legislators are planning to introduce two different bills to legalize full adult-use cannabis this year.

Up north, Canada is still struggling to get its recreational retail market off the ground. The country's government-operated cannabis producers have not yet been able to meet the massive demand for legal pot, sending many Canadians back to the black market to buy weed. But on a brighter note, Health Canada recently released its draft regulations for edibles, which are slated to become available later this year.

And in other news, a recent study has discovered that while fans of various genres of music have specific drugs of choice, fans of every genre are united by their love of weed. Dig into the week in weed news below. On the very first day that Congress went into session this year, lawmakers proposed two different bills seeking to preserve individual states' rights to legalize medical marijuana. Last Thursday, Reps. Steve Cohen (D-TN) and Don Young (R-AK) reintroduced the Compassionate Access, Research Expansion and Respect States (CARERS) Act. This bill, which was originally introduced in 2015, would give each state the freedom to establish their own medical cannabis programs, free of federal interference.

“The national consensus on medical marijuana is solid and bipartisan, but our federal drug laws continue to treat patients and their doctors like criminals,” Cohen said in a press release. “Our bill would bring federal medical marijuana policy in line with the views of the overwhelming majority of Americans by allowing states to set their own marijuana laws, allowing patients, including veterans, to receive the treatments they need from their doctors and improving opportunities for research on marijuana.”

On the very same day, Rep. Morgan Griffith (R-VA) reintroduced a bill that would reschedule cannabis from Schedule I to Schedule II and explicitly prevent federal authorities from prohibiting or restricting state-legal medical cannabis programs. “Isn’t it cruel to not allow real doctors, real drug companies, and real pharmacists to use marijuana for legitimate medical reasons for real patients?” Griffith said when he originally introduced the bill in 2014. “We use all sorts of opioids under the same scenario that this bill would allow us to use marijuana.”

To date, almost every single cannabis-related bill proposed before Congress has faltered, but the recent rebalance of power following last year's midterm elections could greatly increase the chances that one or both of these bills might succeed this year. Rep. Griffith is not the only one who believes that cannabis is in dire need of federal reclassification. At a recent press conference on addiction recovery, U.S. Surgeon General Jerome Adams called for the rescheduling of cannabis, arguing that researchers need greater freedom to explore the medical uses of the misunderstood plant. “We need to look at the way we schedule different medications across the board, because one of the concerns that I have with marijuana is the difficulty that the folks have to do research on it, because of the scheduling system," Adams said, according to the State House News Service.

Even though 33 states have legalized medical marijuana, the DEA still classifies cannabis as a Schedule I drug – a category reserved for dangerous drugs that have no medical use. This classification has made it exceptionally difficult for American researchers to study the benefits or risks of medical marijuana, allowing more progressive countries like Israel, Canada, and even China to surpass the U.S. in medical innovation and research.

“The relevance of the Surgeon General’s call to reschedule cannabis cannot be understated,” Dr. Mark Rosenfeld, CEO of ANANDA Scientific, told Forbes. “The chemistry found only in cannabis plants can provide relief across an incredible array of adverse health states. It does this with minimal side effects and with the prospect of being eminently cost-effective in its use.” Pennsylvania just might be joining New York, Rhode Island, New Jersey, and Connecticut in bringing legal weed to the East Coast this year. Lawmakers in both chambers of the state’s General Assembly are planning to introduce comprehensive bills that would legalize adult-use cannabis in 2019.

Last Wednesday, State Senator Daylin Leach tweeted a photo of himself, state Sen. Sharif Street, and a team of lawmakers “working on the final mark-up of the adult use marijuana bill.” Leach wrote that his team has been “focusing on this for months and will soon unveil what we think will be the best, most progressive, and just bill in the nation.” The following day, state Rep. Jake Wheatley Jr. released a co-sponsorship memo seeking support for an adult use bill that he has called “the most comprehensive legalization legislation to date,” Marijuana Moment reports.

In order to succeed, the bills would need to pass both chambers of the state's Republican-dominated General Assembly, but GOP leaders are already gearing up to oppose the new bills. Top Republican State Senator Jake Corman told PennLive that legalizing pot “has the makings of a catastrophe,” repeating unscientific claims that weed “will harm our youth, as it is a depressant and a gateway to other illegal substances.”

Fortunately, Gov. Tom Wolf has much more realistic views about legalization. Last month, Wolf tweeted that “more and more states are successfully implementing marijuana legalization, and we need to keep learning from their efforts… I think it is time for Pennsylvania to take a serious and honest look at recreational marijuana.” Pot has been legal in Canada for almost three months now, but the Trudeau administration's promise to destroy the country's illegal pot market has yet to materialize. Delays in drafting retail sales regulations left most provinces woefully unprepared to handle the vast demand for legal product, and the few retail stores that were ready to open their doors by October 17th had run out of product by the end of the day. A poll conducted the following month found that around a third of all Canadian cannabis consumers had returned to buying black market weed, and two months later, the situation hasn't gotten much better.

In the U.S., many canna-legal states addressed the issue of black market sales by giving small-time dealers a chance to participate in the legal pot industry. But in Canada, most provinces have chosen to sell pot exclusively through government-run stores, making it nearly impossible for black market dealers to transition to legal retailers. “That’s a huge difference,” cannabis consultant Lewis Koski said to the Washington Post. “I can’t think of a state here in the U.S. that has a government-control model similar to… Canada’s.”

In Toronto, there are currently sixteen illegal cannabis stores, and city officials have said that shutting all these stores down is a “complex process involving a number of steps,” CBC News reports. The Ontario government has announced that it will only be able to issue 25 retail licenses by April, and only five of these licenses are reserved for Toronto.

Unlike other provinces, Ontario does allow private cannabis retailers, and some of Toronto's illegal stores have applied for legal licenses. But with only five such licenses available, many of these existing stores will eventually be forced to close, making it even harder for the city's legal pot industry to meet the demands of its customers. Another major problem that Canada’s legal pot stores face is the fact that they are also prohibited from selling edibles, extracts (including vape pens), and topical products. Fighting against the clock to create a retail sales framework for legal weed, Canadian lawmakers decided to delay the sales of these products for up to a year in order to ensure that their regulations properly addressed public safety concerns. In the last weeks of 2018, Health Canada released the first draft of new regulations “governing the production and sale of additional cannabis products, namely edible cannabis, cannabis extracts, and cannabis topicals.” The regulations will be open for public commentary, either online or via regional roundtable discussions, until February 20th.

The drafted regulations would limit edibles to a maximum dose of 10mg of THC per package, and mandate that all edibles be covered in plain packaging that will not appeal to children. Beverages mixing pot and alcohol will be prohibited, but drinks with pot and caffeine will be allowed. Each individual province would also have the right to create its own regulations on these products, or even ban them entirely. The exact date that edibles will be permitted for legal sale is currently unknown, but Health Canada has promised that sales will start “no later than October 17, 2019.” 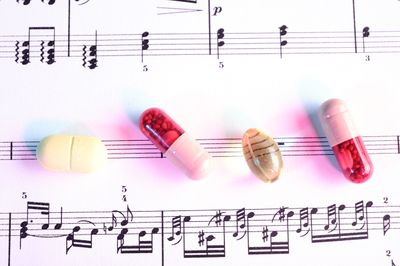 Study Finds That Attendees of Various Music Festival Have Specific Drugs of Choice... But They All Love Weed

An interesting new study has discovered that the drugs that music festival attendees choose to use is closely associated with specific genres of music — but all music fans seem to love pot equally.

The study, published in the Science of the Total Environment journal, tested the wastewater left behind after assorted music festivals in the Czech Republic and Slovakia for 26 different drugs. The team found close associations between the genre of music at the festival and the drug residue left behind — ecstasy and cocaine were especially popular at dance festivals, attendees of metal and multi-genre events preferred alcohol and tobacco, and country fans chose codeine and ecstasy.

Other than this anomaly, the study concludes that “the general trends between drug consumption patterns and music genres are similar to those observed worldwide,” based on other studies of festival drug use.

NEWS
LEGALIZATION
CANADA
BLACK MARKET
MORE...
Chris Moore
FOLLOW
Chris Moore is a New York-based writer who has written for Mass Appeal while also mixing records and producing electronic music.
Share this article with your friends!
AD
By using our site you agree to our use of cookies to deliver a better experience.
Accept
Decline
MORE FROM MERRY JANE