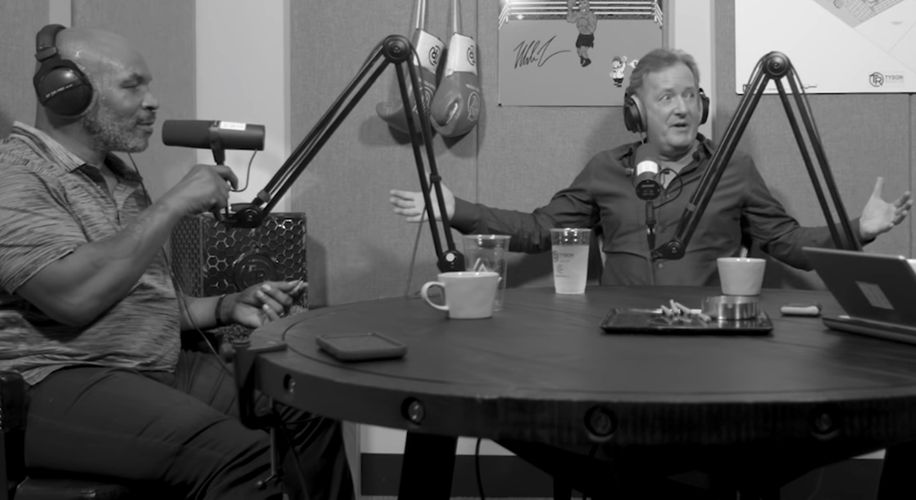 Piers Morgan, the host of Good Morning Britain, smoked weed on the Hotboxin’ with Mike Tyson podcast earlier this week.

After Morgan was handed a joint, he asked, “What am I supposed to do with this, Mike?”

Morgan then took what appeared to be an Elon-Musk-styled rookie hit.

“When in Rome, right?” Morgan said after exhaling.

The on-air spark-up may surprise some, considering Morgan identifies as conservative. In the past, he’s beefed with Harry Potter’s JK Rowling and US President Donald Trump on social issues. But this ain’t the first time he’s gotten high in public: in an interview for CNN’s documentary Weed, Morgan admitted he used to blaze as a teenager.

Later in the podcast interview, Tyson and co-host Eben Britton brought up “toad,” one of the world’s most powerful psychedelics.

“I threw up a lot, too, Piers,” Tyson added later.

“I gotta try this toad,” Morgan laughed. “I think it’s time for me and the toad to, uh, encounter each other.”

Now there’s a podcast idea: Piers Morgan tripping balls with Mike Tyson in real-time. Check out the full interview below.