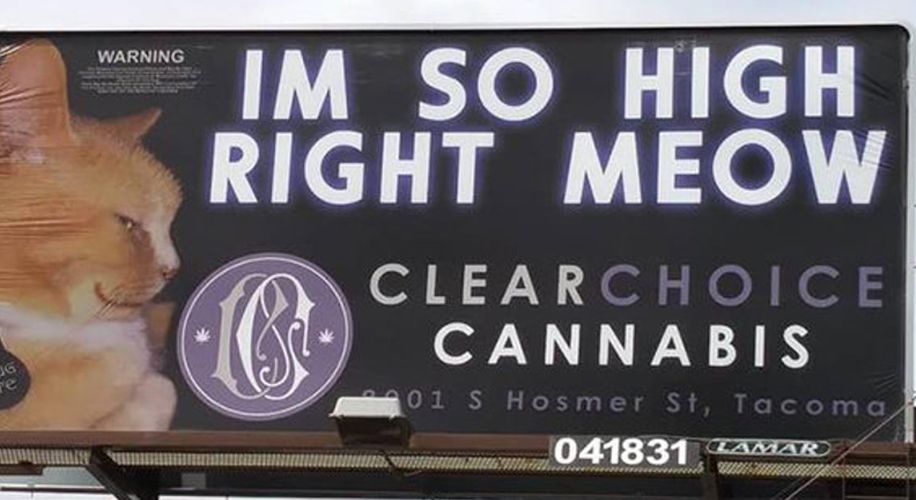 Washington Legislature Passes Bill to Crack Down on Marijuana Billboards

Legislators are concerned that billboards are too appealing to children.

Legislators are concerned that billboards are too appealing to children.

Washington state legislators are cracking down on marijuana billboards over concerns that they may be attracting the interest of children. Last week, the state Legislature passed Senate Bill 5131, which would implement a number of changes to the state's marijuana laws, including regulations on how it can be advertised.

If Governor Jay Inslee signs the bill into law, marijuana billboards would be banned from using “images that might be appealing to children.” Photos of pot plants or products would also be banned. The only things that would be allowed on outdoor advertisements for canna-businesses would be the name of the store, its logo, its location, and the type of business it is.

One example of a billboard that concerned legislators was an advertisement for Tacoma's Clear Choice Cannabis dispensary. The ad showed a picture of a cat along with the tag line “Im so high right meow.” Adam Schmidt, owner of the dispensary, said that he is willing to remove the sign, and that he never intended for it to appeal to kids.

In addition to concerns over attracting children, lawmakers are also hopeful that these rules will stave off a federal crackdown against Washington's legalization of recreational weed. “I think if we are not the strictest state in the country, that we may have a target on our back,” said state Rep. David Sawyer.

As well as regulating advertisements, the bill will also clarify that it is not a crime to give marijuana to another adult. Currently, only a licensed marijuana business can transfer marijuana, but it is a class C felony for an individual to give any amount of marijuana away. “You light up a joint at a party with a friend who is of age, and it’s a felony to pass that joint to the person next to you?” Ezra Eickmeyer, lobbyist for Cannabis Retailers for Smart Regulation asked. “There’s no logic in that."