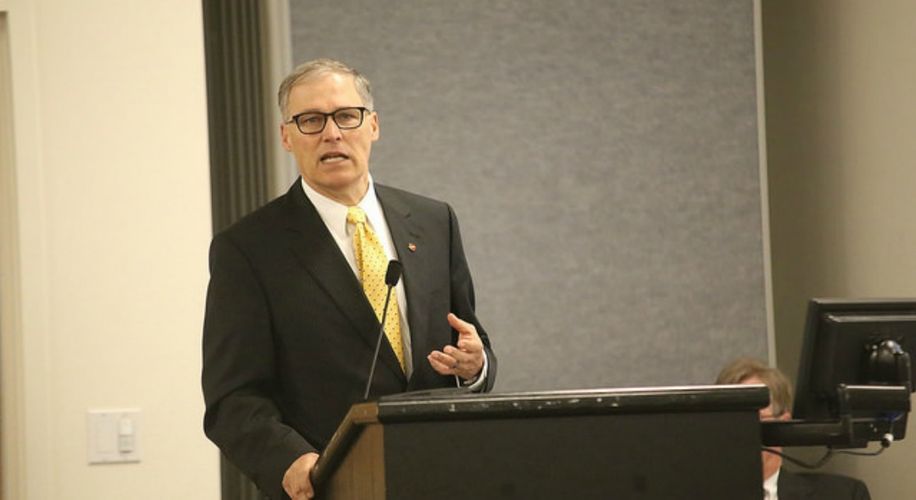 “I would suggest to the White House that this is not a fight they should pick.”

“I would suggest to the White House that this is not a fight they should pick.”

With Attorney General Jeff Sessions passing confirmation last week, and the Trump regime pushing law enforcement, immigration control, and the war on drugs, it may seem like legal weed could be next on the chopping block.

But while some politicians have taken off their emerald-tinted glasses and started taking their focus off marijuana, one Governor just doubled down on his state’s dedication to legal recreational adult use of cannabis.

According to Seattle’s KUOW News, Washington will send a report to the federal government about the success of their recreational adult use legislation, including the decrease in crime, lack of negative health effects and increase in tax revenue from the state’s operating pot shops.

“Of the five or six fights they want to pick today, or any day, this is not the one they want to have,” Inslee said. “They would be on the wrong side of history.”

Inslee hasn’t been shy with reporters about his plans to fight back against the Trump administration, and cannabis is just one avenue the Governor is expressing his dissent.

“Resistance is not futile,” Inslee said. “It is both necessary and productive and we will demonstrate that resistance everywhere, every way, every time we think that our interests our jeopardized.”

When asked about Trump’s reaction to the 9th Circuit Court’s ruling on the immigration ban executive order, Islee took the opportunity to flex on the Twitter-loving President.

“I just saw a tweet from the President, he said ‘see you in court.’ Well, Mr. President we just saw you in court and we beat you,” Inslee said.

We may be less than a month into Trump’s reign in D.C., and major change already abound, but if Inslee is any indication, not all politicians will be rolling over to the powers that be.