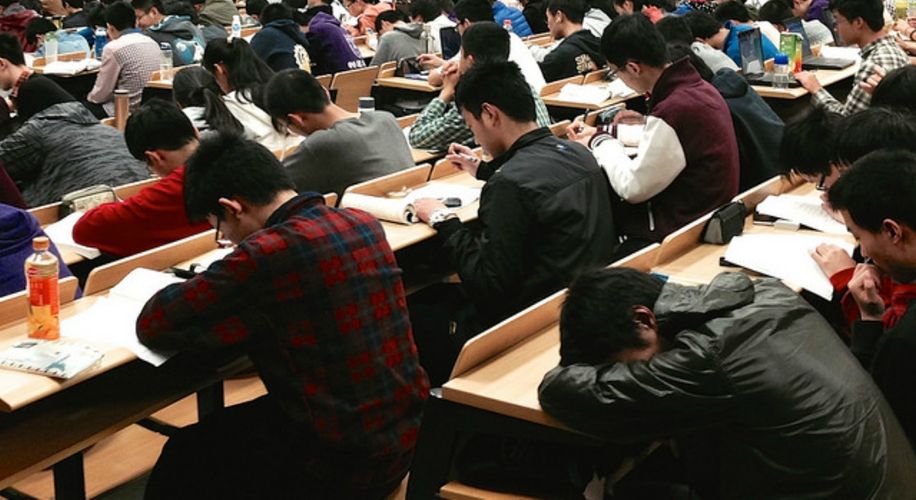 One survey found that 40% of U.S. colleges are seeing a drop in applications from foreign students.

One survey found that 40% of U.S. colleges are seeing a drop in applications from foreign students.

With the current college term coming to a close in next couple months, a whole new crop of kids is getting ready to choose their future alma mater. But with the second iteration of Trump’s Muslim ban hot off the presses and the Mexican border wall still on the docket, American colleges are reporting a severe drop in applications from international students.

According to NBC News, a new survey conducted by the American Association of Collegiate Registrars and Admissions Officers showed that 39% of responding colleges have seen a dip in the number of international applications they’ve received. And not only are the numbers down, but educators and administrators alike are reporting a change in foreign students’ perception of America.

"Yes, we definitely are sounding the warning," Melanie Gottlieb, deputy director of the American Association of Collegiate Registrars and Admissions Officers told NBC News. "We would hope that the [Trump] administration would say [to] cool the rhetoric a bit around immigration."

For Momen Rihan, a student from Cairo who attended a foreign exchange program in the U.S., but decided to return home to Egypt, told reporters that his decision was made in-part due to social media posts from friends having trouble getting into the U.S.

"They say they face problems at airports when they try to check into the United States because they are Arab," Rihan said.

International students brought in over $32 billion in revenue to American colleges in 2016 thanks to the over 1 million foreign-born students enrolled in U.S. colleges last year. With the threat of that much profit flying out the window, universities are scrambling to downplay Trump’s effect and highlight their benefits.

“I think at this point, outreach is crucial to convince students and their parents that a U.S. education is still worth the risk," Gottlieb said.

If students refuse to take Trump’s risks, administrators are worried that higher tuitions, loss of faculty and program cuts could soon follow. But for students debating whether or not to leave their home country and pursue an education in what has become an increasingly hostile environment for minorities of all nationalities, nothing is more important than safety.

Vicky Sung, a Taiwanese student who is still undecided about her college prospects - which include the University of Southern California and Boston University - told NBC News that recent terrorist attacks against foreigners living in the U.S. still have her worried.

"Safety is a big concern for choosing which university to go to," Sung said, "or even whether to go at all."