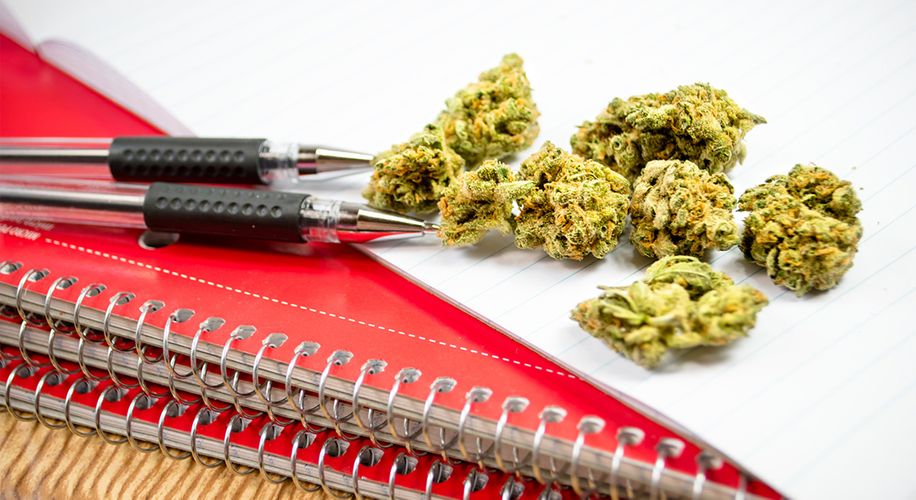 UConn Is Now Teaching Students How to Grow Weed

The cannabis industry needs trained growers to keep up with the demand for green. Higher education has answered the call.

The cannabis industry needs trained growers to keep up with the demand for green. Higher education has answered the call.

Until recently, most cannabis growers came from DIY basement operations or illicit farms tucked deep into remote forests. As the legal industry flourishes into a multi-billion-dollar market, though, companies need formally-educated growers to meet the exploding demand for dank.

The University of Connecticut aims to meet those needs with a course focused solely on growing weed. Led by plant science professor Gerry Berkowitz, the class will be co-instructed by the state’s leading cannabis industry professionals.

“Our students see career opportunities and want to gain experience,” Berkowitz told UConn Today. “Businesses need highly-trained scientists to support the growth of this industry, and they are seeking talented graduates to enter this workforce. With this course, we can help both groups. It’s a win-win.”

According to the market analyst firms BDS Analytics and Arcview Research Group, licensed cannabis companies rake in over $16 billion a year. By 2021, legal weed is projected to generate $40 billion a year, more than America’s video game industry made in 2017. All that money means more jobs, too, with something to the tune of 146,000 new positions waiting to be filled by motivated, qualified candidates.

The course isn’t restricted to science students, either. One UConn student enrolled in the new class, Michael Milius, is majoring in communication. He said he believes a background in cannabis will help him further his career.

"I see on the news a lot that cannabis and marijuana are becoming more prevalent, becoming legal across the country," Milius told NPR. "I figured if this does turn out to be something that, like, a market pops up, maybe it would be good for me to know how to grow."

Practically every US university bans marijuana on campus grounds. To work with weed in school laboratories, academics must apply for and receive a Schedule I research license from the DEA. To get around this requirement, UConn’s program only grows hemp, a variety of cannabis that lacks significant amounts of THC, the chemical in cannabis that gets people high.

Late last year, President Trump effectively legalized hemp cultivation nationwide after signing the federal Farm Bill. Although it lacks the party qualities of its THC-endowed sibling, processors can utilize hemp for food, textiles, fuel, cosmetics, and medicines. CBD, the non-intoxicating medical compound found in cannabis, is often extracted from hemp instead of marijuana.

The class already maxed out its 300-student enrollment for the upcoming semester, though students on the waitlist can always hope the course “weeds” someone out.