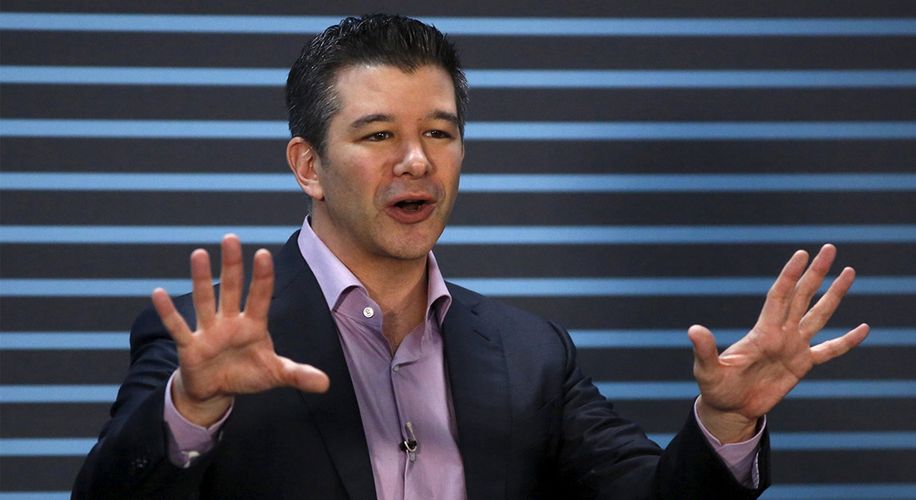 After heavy criticism, Uber's CEO has stepped down from Trump’s advisory council over the president’s immigration ban.

After heavy criticism, Uber's CEO has stepped down from Trump’s advisory council over the president’s immigration ban.

On Thursday, Uber CEO Travis Kalanick announced that he was dropping out of Donald Trump’s business advisory council. The decision was made a week after the president signed an executive order to place an immigration ban on seven Middle Eastern countries. The ban sparked massive protests at airports across the US, which later branched off into a boycott of the popular car service app.

Shortly after the New York City Taxi Worker's Alliance announced that they were shutting down transportation to help draw attention to the nation-wide outcry, Uber tweeted that they had turned off surge pricing around the John F. Kennedy International Airport area. This led many protestors to accuse the company of trying to undermine and break up the political strike.

Uber’s actions sparked the creation of a #DeleteUber hashtag, a call for people to boycott the car service over their scabbing the protest and Kalanick’s role on Trump’s business advisory board, which trended over the weekend. Meanwhile, competing car service Lyft poured salt on the wound by pledging $1 million to the ACLU, a smart move that has been highly applauded by anti-Trump protestors.

Uber attempted to defend their tweet by claiming that their intention was to ensure that protestors had a means of transportation. But Kalanick has clearly realized that his connection with the demagogue of a president would continue to chip away at Uber’s hard-earned reputation. This past week, the CEO sent a memo to employees announcing that he would no longer be participating in Trump’s council because of the controversial immigration order.

"Earlier today I spoke briefly with the president about the immigration executive order and its issues for our community. I also let him know that I would not be able to participate on his economic council. Joining the group was not meant to be an endorsement of the president or his agenda but unfortunately it has been misinterpreted to be exactly that,” Kalanick stated in the memo.

Kalanick was appointed to Trump’s“Strategic and Policy Forum” council, back in December. While Elon Musk, a member of the council, has also received criticism for his role in Trump’s council, he recently tweeted that he plans on using the meeting to express his objection to the immigration ban.

Regarding the meeting at the White House: pic.twitter.com/8b1XH4oW6h